What does a Decision Review System mean to the game of Cricket? | Sportzwiki

The International Cricket Council (ICC) on February 7 announced that the perennially controversial Decision Review System (DRS) will be put to use in the upcoming ICC World Cup for all the 49 matches like the previous 2011 edition.

The technologies to be used are Real-time Snicko and Hawkeye ball-tracking, while Hot Spot will be excluded from the system. This system was officially introduced in 2008 and came into force in the ODIs in 2011. It has also been part of the 2013 edition of the Champions trophy.

So what is it that makes this system a much talked about topic?

The DRS was introduced with the objective of eliminating the howler – the poor decision taken due to nuances missed with the naked eye, which with assistance of this technology could be avoided. But, the fact of the matter is, that this technology isn’t completely foolproof and has been the reason for more problems than solutions in the past.

Second, the love-lacking relationship of the Indian Team and this system:

It can be traced back to an India-Sri Lanka Test Series of 2008 where India could manage to get only one referral right out of 20 calls made. The team faced the same issue in a series in England where the unfortunate Rahul Dravid fell prey thrice in the same series and was dismissed even though later it was found that the call was incorrect despite the use of the praised technology. This triggered the whole hatred for the DRS by the Indian team who still finds it to be faulty and not 100% accurate. It has been six years and till date the Umpire DRS is banned from any of the bilateral or tri-series including India.

Simply put, if the aim is to reduce howlers, why can’t the on-field umpire, in case of a doubt, confirm it with the 3rd umpire then and there taking a few minutes extra? The 3rd umpire can have quick replays and if he comes out with some definite conclusion, nothing like it, if not then let the play go on. This is what happens in case of close run outs, stumping, catches, no ball or even sometimes fours and sixes. 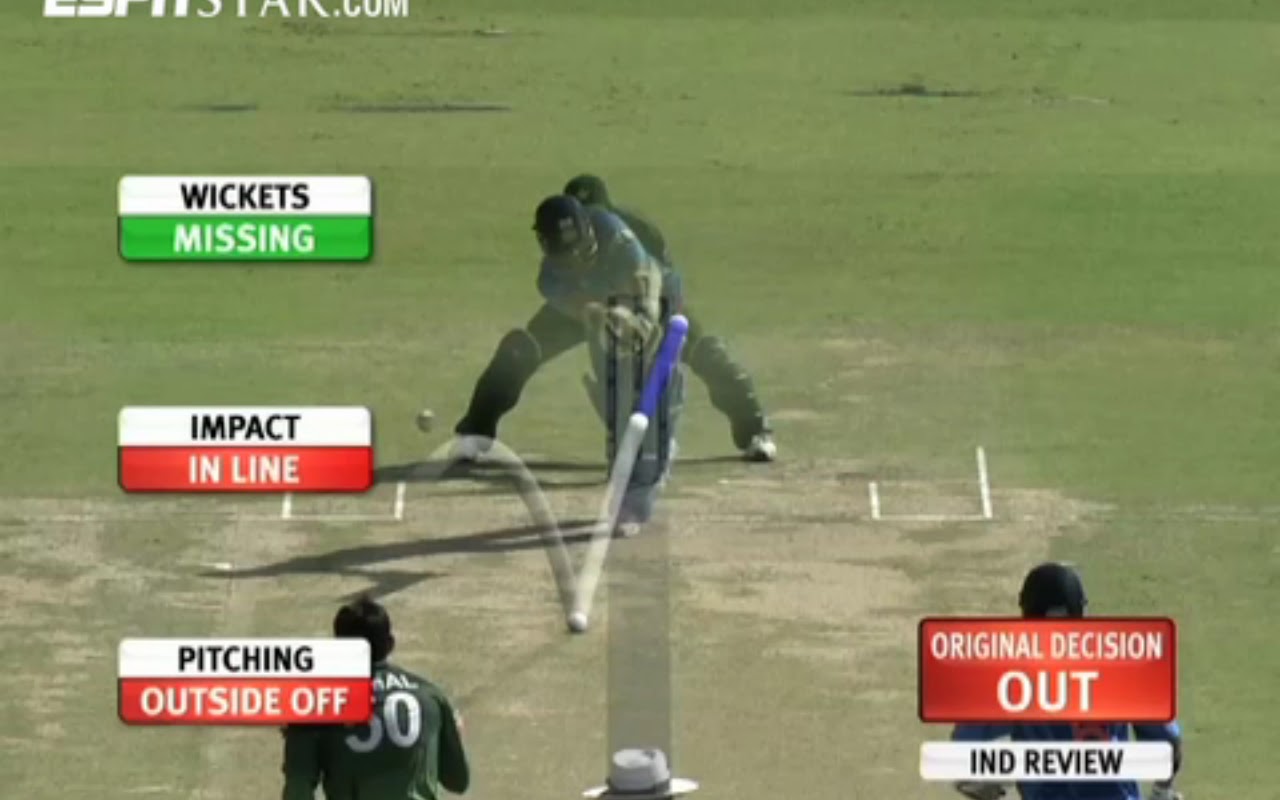 Also, if howlers were to be reduced then why does each team get only 2 chances to review an umpire’s decision per inning? It is obvious that the team will utilize those two chances early during the game and then when situation gets bad towards the end; the team isn’t left with any review in its kitty. This is exactly what happened in the 2011 World Cup Semi-final match between India and Pakistan, where the Prime Ministers of both the countries were present in the support of their respective teams.

Sachin Tendulkar was hit by a Saeed Ajmal delivery on his pads, and the umpire took no time in raising his finger breaking thousands of hearts. It was a crucial moment because Tendulkar, who quietly walks out after getting dismissed stood there to challenge the umpire’s decision. With just the last one review left with his team, it wouldn’t have been an easy call for the master in a match as competitive as the one with the arch-rivals. Ultimately, the decision was reversed after verifying it using the hawk-eye technology which clearly showed the ball was missing the leg stump and the little master went ahead scoring 85 off 115 balls. If one observes, the DRS is in contrast to the ICC rule of agreement with an umpire’s decision or ‘Umpire’s decision is the final decision’ as they say. If someone was to challenge an umpire’s call, why not give the umpire a chance to confirm before he gives out his word. Or on the other hand, give the teams to review every “sensible” doubt they have related to the umpiring calls before proceeding. As Indian spectators, we can just hope this equation between (new) India and the DRS changes for the good in the coming World Cup 2015.

Cricket is my religion and Sachin is my God.Period.