Alistair Cook failed to impress at the Gabba

Former England skipper Alastair Cook has had great memories of playing against India in the past. This time though the drought seems unavoidable. Steven Harmison, former English pacer, has come out in support of Cook. The southpaw has been caught in his crease since the start of the five-match series. And he failed to come up with vital contribution.

Harmison spoke to ESPN Cricinfo and rightly pointed out the fact that Cook isn’t getting any younger and if he gets dropped, then its probably the end of his career. The former pacer thus feels Joe Root needs to handle this issue in a very sensible way as it could end the illustrious career of one of the most successful English batsman.

“You got to be careful when people talk about dropping Alastair Cook. You don’t drop him, he retires. The man has played 160 odd Test matches, he doesn’t get dropped but retires”.

Harmison also threw light on Cook’s latest dismissals. He said the batsman received absolute beauties on three out of the five occasions. Cook was dismissed by Ravi Ashwin in the first Test at Edgbaston. Ashwin bagged his wicket in both innings and it was the perfect turner.

Cook needs to fire to save his place

The opener made 29 runs off 42 balls in the ongoing Test at Trent Bridge. The hosts are currently on the backfoot as India have taken a lead past 300 and are still batting.

Root, however, backed his openers. “If you put things in perspective, you will see that the starts that we have got haven’t been bad.” the skipper said.

With more than 12,000 Test runs under his kitty, Cook will surely look to silence his critics and more importantly play a major role in bagging the series against Virat Kohli’s men. England is currently 2-0 up in the series and they will look to keep all sorts of trouble at bay. 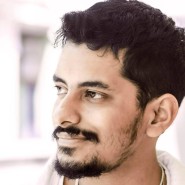 Virat Kohli Was ‘Very Very Naughty’ During His Under-19 Days, Recalls Virender Sehwag

IPL 2018: England Test Players to Have an Early Exit, Asked to Report by May 17 for Pakistan Tests

WWE News: The Undertaker To Receive A Big Segment At Wrestlemania 35