Yuvraj Singh: The Start to the Beautiful Story

One of the beauties of sports is how it unites diverse groups, and some sports personas possess the charisma to move the masses and are universally loved. Some sportsmen cannot be tied and weighed with numbers. Yuvraj Singh is one, and he goes much beyond. A multi-time World Champion, his list of triumphs includes defeating the dreaded cancer.

You never say never with Yuvraj. But even the eternal optimists knew it was curtains after the axe fell over him in 2017. Two years on, he officially announced his retirement from the big stage, and the nation finds itself engulfed in a cocktail of emotions and endless memories.

Despite the numbers never doing justice to his calibre, Yuvraj has created a place among the Tendulkars and Dhonis and Kohlis and Kapils and Gangulys and Sehwags and Dravids and Rohits as India’s finest limited-overs. There are match-winners, and then there are tournament-winners. Yuvraj found his cape at the world stages.

It’s easier to list down the best Sachin Tendulkar knocks than pointing out THAT ONE favourite Yuvraj memory. Yuvraj is all about memories. That 84, Natwest, Six sixes in an over, that flick off Lee, Bangalore 2007, Ahmedabad 2011, return from cancer and so on…

“It was a great rollercoaster ride and beautiful story, but it has to come to an end,” said while announcing his retirement on Monday.

Beautiful story indeed. And Chapter One is as enigmatic as the entire narrative.

World Champions Australia were undoubtedly the favourites for the quarter-final of the 2000 Champions Trophy. Steve Waugh invited India to bat in the knockout game, his confidence stemming from his world-class pace attack comprising Glenn McGrath, Brett Lee and Jason Gillespie. It had been almost two years since India had beaten Australia in an international match.

Those weren’t the best days for Indian cricket. The match-fixing saga had driven away, even the most passionate Indian fans from the sport. A young Indian side led by the new skipper Sourav Ganguly had serious tasks in hand – beating the best sides in the world, and restoring the fans’ faith.

Australia had handed India ten consecutive international defeats since the 1999 World Cup. The 11th looked inevitable when India squandered the solid start and found themselves tottering at 90 for three in the 19th over, after being 66 for no loss in the 12th over at one stage. Worse, Sachin Tendulkar, Ganguly and Rahul Dravid were back in the hut.

Many televisions in India stayed off due to the lost trust; many more went off after the fall of their holy trinity. The nation had just moved beyond the switch-off-tv-after-Tendulkar-dismissal mode. With Ganguly and Dravid dismissed, what were the odds?

The eternal optimists were the lucky ones like me on this Dussehra day. Despite his heroics in India’s U-19 World Cup triumph earlier that year, Yuvraj Singh was relatively an unknown entity to the world. The coverage that the tournament received was limited.

Fresh to the crease, Yuvraj was tested by Ian Harvey with a fuller delivery that was greeted by the southpaw’s willow, only to rocket past the Australian for a boundary. Brute and elegance aren’t the best hangout mates, but that’s what went on to mark Yuvraj’s legacy. What seemed like a defensive prod, sped off faster than its arrival. Three balls later, Harvey decided to test the teenager with chin-music, once again to be at the receiving end. Here was the Natraja pull.  We knew a star was born.

This was Harvey. Neither were McGrath, and Lee spared. After a 40-run stand with VinodKambli, Robin Singh, the oldest member of the side joined Yuvraj, then the youngest. Robin, 19 years older, supported him at the crease, as the flow of boundaries continued.

Batting for two hours, Yuvraj, in his very first international innings, fell in the 47th over for an 80-ball 84, against a side that was by far the best in the world.

Australia were docked two overs. India’s target of 266 was competitive, but this was Australia, a team that won at will. Adam Gilchrist got Australia off to a flyer and Harvey walked out at No.3 as a pinch-hitter. His breezy stay was cut short courtesy a diving catch from Yuvraj at extra cover.

Not given an over to bowl, Yuvraj’s fielding pyrotechnics continued. A direct hit from point claimed the master chaser Michael Bevan, who was running away with the game.

Australia fell 21 short of their total; knocked out of the tournament. Dussehra celebrations in India found the extra zing. In a matter of hours, Yuvraj was a household name.

‘Fielding’ wasn’t used anymore to mock Indians in the Yahoo cricket chatroom. We dove more often in our cricket coaching camps.  Backlifts were in vogue. The girls we vied to impress had found a new poster boy for their cupboards. Raj Aryan of Mohabbatien and the Raj-Rohit of Kaho Na PyaarHai had a teen sensation to compete with for the Windows 98 wallpapers.

The world changed, so did Indian cricket and for good. A lot is spoken of the transitional phase that Ganguly’s leadership brought to Indian cricket. Yuvraj is a jumbo jigsaw to the whole.

Co-incidentally, Yuvraj’s retirement comes a day after another Indian victory against Australia in an ICC tournament. A fitter, much better Indian side that has a lot of Yuvraj embedded in it.

The plethora of joyous moments supersedes the frustrations. One of the world’s most loved cricketers, Yuvraj is an emotion, and so is the Number 12 jersey. 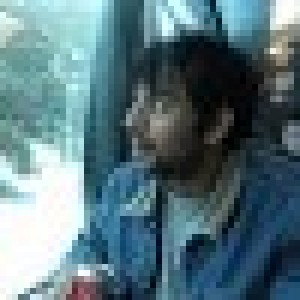 New Zealand Will Have An Edge As Lack Of Test Cricket Can Hurt India: Yuvraj Singh