Arsenal came back from two goals behind in a dramatic final at Wembley to claim the FA Cup, ending their 8 years barren spell of silverware. Hull were looking for a shock result with Steve Bruce’s side doubling their advantage, taking a two goal lead within the opening eight minutes.

Santi Cazorla then got a goal back for the Gunners with a delightful free kick before Laurent Koscielny restored parity in the second half. Steve Bruce’s side rarely threatened as the Gunners took a strong foothold but failed to put the game to bed in normal time.

Aaron Ramsey then fittingly saw Arsenal surge ahead as the Gunners held on late jitters and claimed their eleventh FA Cup trophy. Arsene Wenger was relieved man and appeared to soak in the moment. 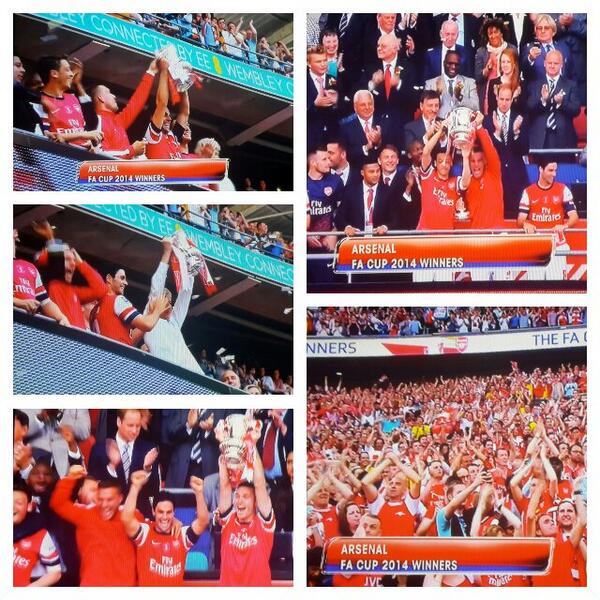 “We wanted to make history tonight and win the game and we did that in both ways – how not to start the Cup final and how to come back. I think it was a turning point in the life time of this team – to know they can win in that way was really important today.

“It would have been terrible [to lose] but we came back. I’ve praised the spirit of this team and they showed that today. I always said my future doesn’t depend on this but I always wanted to stay.”