Arsenal star Santi Cazorla has revealed that he is yet to receive a new contract from the Gunners. Expressing his interest in staying with the club, the Spain international said that he is happy at the club but he has not been approached for a contract extension.

Cazorla, who joined the North London outfit in 2012 from Malaga, has been one of the most important players for Arsene Wenger and has become a fan favourite at the club with his consistent performances. So far, he has made 177 appearances for the Gunners scoring 29 goals in the process. The 31-year old, whose current contract at the Emirates ends after this season, is looking in fine form this term too and has already scored 2 goals in five league appearances. 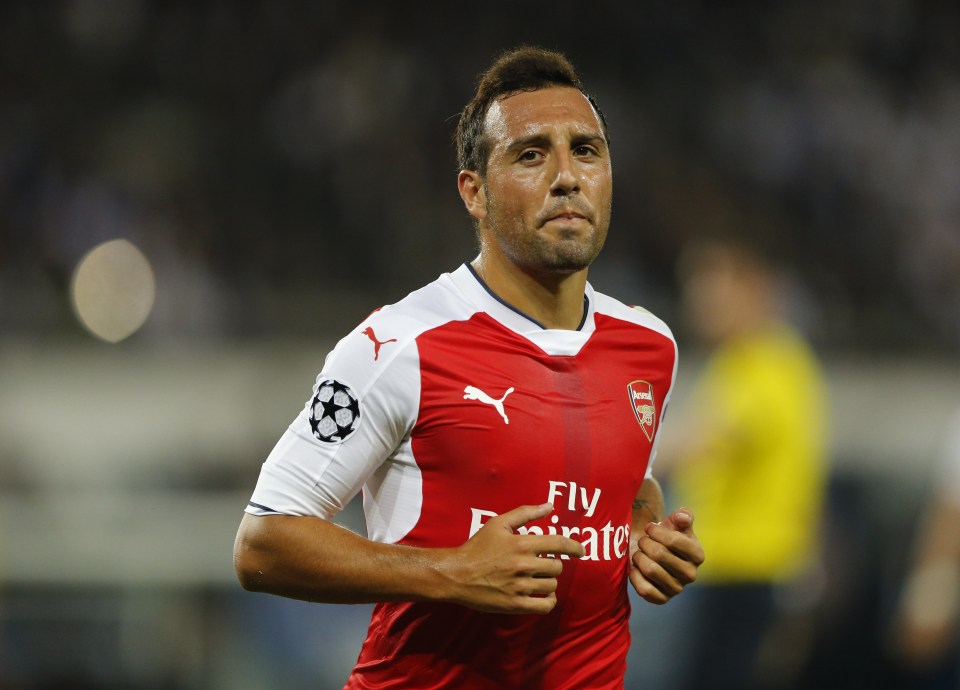 Speaking to Cadena Ser, the midfielder said: “No, I don’t have any news from the club [regarding a new contract]. My focus now is on playing and to be able to enjoy playing football following a season when I had lots of [injury] problems.

“I hope I can stay here and continue to play. I am happy here. What a player wants is to play and to feel important. Fortunately, since I arrived at Arsenal, I’ve had the confidence of the coach and of my teammates. I’ve played a lot of minutes. In the end, that is what every player wants.

“I’m very happy here. The club has treated me very well. I’m in a great club and I’m playing minutes which is what I want. If I didn’t play, then I would consider leaving but that is not the case.

“I have this season left under contract and we will see what the club decides regarding my future. I will also decide what is best for me.

Cazorla, who was a part of Spain’s squad for the 2014 World Cup, was left out of Spain’s squad. However, the midfielder accepted that the decision was right as he was not at his best due to injuries.

“I had some knee issues and Achilles tendon problems at the end of last season and it was right that I wasn’t included in the Euro 2016 squad,” Cazorla said. “It’s always difficult to digest to be left out of the Spain squad. Fortunately, I’m well now and I’m enjoying myself. I’m playing a lot more with my club. But I always have hope that I can be back in the Spain squad.”

“It’s always difficult to digest to be left out of the Spain squad. Fortunately, I’m well now and I’m enjoying myself. I’m playing a lot more with my club. But I always have hope that I can be back in the Spain squad.”

Meanwhile, the North London club will look to tie down their stars with new deals as soon as possible. Apart from Cazorla, Mesut Ozil, and Alexis Sanchez have also not signed a new deal yet.