Just a few days after Everton manager Ronald Koeman had accused Arsene Wenger of blaming the referees after defeats, the Arsenal gaffer has launched a stinging attack on the match officials after his team lost 2-1 to Manchester City.

The French tactician claimed that both City’s goals were offside as his title hopes took huge blow after the second defeat in a row. Arsene Wenger’s men started well and took the lead in the fifth minute when Theo Walcott found the back of the net. However, the home team soon found their rhythm and scored two goals in the second half as for the second time in a week, the Gunners have gone on to lose 2-1 after being a goal up. 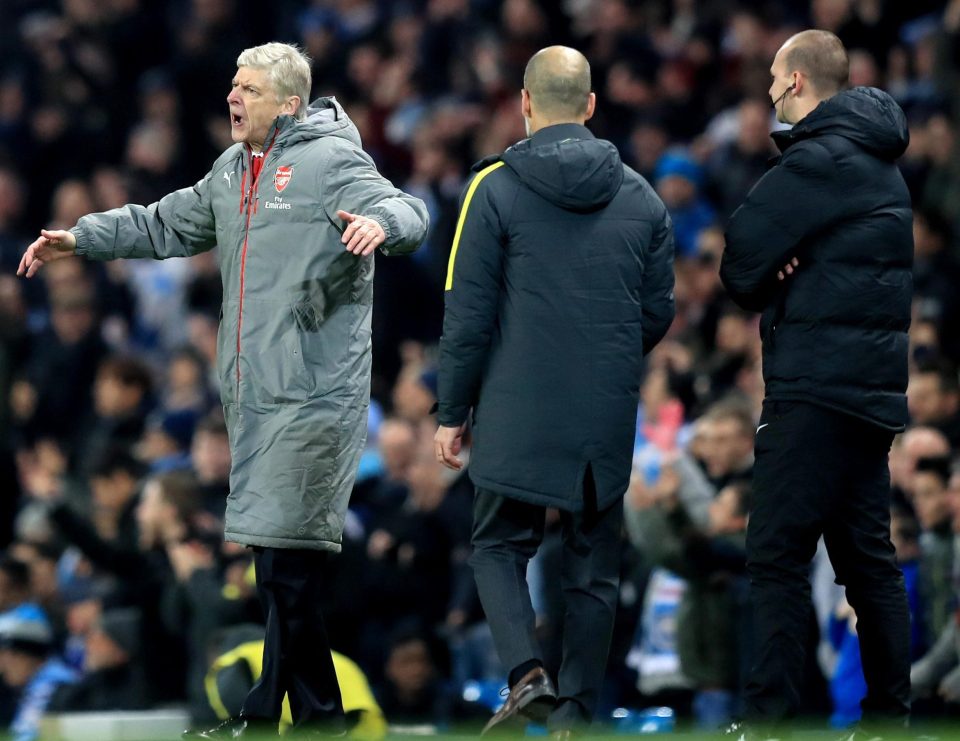 As expected, Wenger was no pleased with the result and took out his frustration at the referees.

Speaking after the match, the 67-year old said: “It is well known, the referees are protected very well, what is right, like the lions in the zoo so we have to live with their decisions,’ the 67-year-old said after the match.

“I want them (referees) to be very well protected. I want them to be safe. But if they could make the right decisions it would be even better. It is too long a subject, I do not want to make referees the subject of the press conference. I just feel it is right they are safe and protected but if they make good decisions then even better.”

Expressing his frustration over the poor week, Wenger added:“It has been an absolutely horrible week.”

“What is worse is that out of two good performances we got zero points and, out of two leading positions, we lost two games.That of course is very disappointing. Before we think about being nine points behind Chelsea, we have to think about why we have not kept a clean sheet,” he said.

Arsenal now have two games in a row at the Emirates- West Brom on Boxing Day before welcoming Crystal Palace on New Year’s Day.