The first ‘Maharashtrian Derby’ or as people like to call it ‘The Maratha Derby’ of the Indian Super League will take place today evening with Mumbai City FC and FC Pune City going head to head at the DY Patil Stadium in Navi Mumbai.

Both sides will be eager to register their first win of the tournament as Mumbai were hammered 3-0 at Atletico de Kolkata while Pune put in a drab display in their goalless away draw in Delhi.

Also Mumbai’s opening night was made worse by an ankle injury suffered by Captain Syed Rahim Nabi who was stretched off during the first half. Coach Peter Reid went with an attacking formation on the opening day in Kolkata and it remains to be seen whether the ex-Sunderland manager decides to change his tactics to a more conservative approach because the side from Bengal found it easy to pick out the space in behind their midfield with Luis Garcia particularly finding himself with a lot of time. Despite the away side having more shots at goal, most of them were from improbable distances and it was Indian international Subrata Pal who kept the scoreline from becoming a cricket score.

Pune were the second best team in their opening game against Delhi, defending deep and relying on counters. It was down to a remarkable display by goalkeeper Emanuele Belardi who almost single-handedly kept out a profligate Delhi Dynamos. Franco Colomba would be want a better display in tonight’s match and would be hoping that marquee player David Trezeguet gets better service from his midfielders. The big French striker was forced to come deep and help in the link up play, laying off the ball for the wide players and wasted the one big chance Pune got in the first half when he shot without much venom straight at the 6”10 Kristof van Hout.

Mumbai: Marquee played Freddie Ljunberg has recovered from a calf strain and the ex-Arsenal player is in line to make his Indian Super League debut on Friday.

Nicolas Anelka will have to sit out for another two games due to his ban by the FA which he incurred whilst he was he was West Bromwich Albion.

Syed Rahim Nabi will be out for 3 weeks with an ankle injury.

Pune: Kwang-Il Park had to be stretchered off in the first match against Delhi and remains a doubt for the short trip to Mumbai.

Manuel Friedrich – The ex-Borussia Dortmund defender’s battle against World Cup winning David Trezeguet will be one of the key battles on the night as both the experienced internationals will tussle it out and be involved in scraps as they look to help their sides come up trumps.

Subrata Pal – The Indian custodian was the lone bright spark against Kolkata with some fine saves on the night to prevent a thrashing and his time will once again rely on him as the last line of defence against Pune’s counter attacking play.

Lenny Rodrigues-The spine of the Indian national team, the 27-year-old’s energetic box to box midfield role resembles that of Paul Pogba. The lanky midfielder put in a good display against Delhi but still suggested after the match that there was room for improvement. He will be a vital cog in Pune’s game with his lung-bursting runs and tracking back. 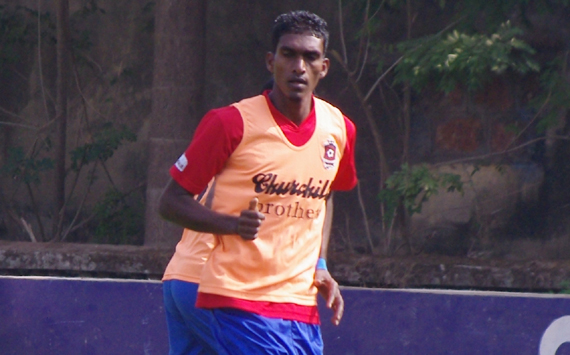 Emanuele Belardi – The ex-Udinese goalkeeper put in a man of the match display against Delhi Dynamos with vital saves to deny Mads Junker and Francis Fernandes and once again will have to be at his best to keep the home side backed by a voracious crowd at bay.

Prediction: Mumbai will be looking to get their first points on board while Pune were happy with an away draw in their opening game and will be satisfied with another one. It points to a cagey affair with Mumbai taking the initiative and Pune relying on counters again in what could turn out to be a score draw.