Unbelievable: Premier League Table Now Compared To One Year Ago

While this season’s Premier League title race is relatively open, there is still a predictable feel to it.

Where this time last year Leicester City were riding high, having just beaten then-champions Chelsea in a defeat that led to the sacking of José Mourinho, this year sees the league revert to type with the top six spots occupied by the biggest clubs in the division.

Though the order between them changes weekly, Chelsea have now opened up a six-point gap ahead of Arsenal and Liverpool and are guaranteed to be top at Christmas, an occurrence that has seen them lift the Premier League title on each of the four occasions it has happened.

This is how the Premier League table looks as of Wednesday night (matchday 16):

.@ChelseaFC are the Premier League’s Christmas No.1 pic.twitter.com/zxABUJyfLn

Contrast the fortunes of both teams mentioned above to where they were a year ago, and it makes for fascinating reading:

Compared to the first 16 games of last season, Chelsea are now, incredibly, 25 points better off than they were this time last season. Indeed, the 1-0 win against Sunderland was their 13th victory of this campaign – they only won 12 in total under Mourinho and Guus Hiddink last year.

Leicester, in contrast, have been hugely underwhelming. Whether it is down to second season syndrome or prioritising the Champions League (which they have been more than solid in), Claudio Ranieiri’s side have picked up just 16 points so far this season – 19 less than at this time last year.

Another big mover (in the right direction) has been Liverpool. Jürgen Klopp was still finding his bearings in England around this time last season, having taken over from Brendan Rodgers two months earlier, but the steep learning curve followed by his first pre-season and summer transfer window with the club have paid dividends. They now sit ten points better off than last year and are, as Rodgers might say, “in the conversation” for the title. 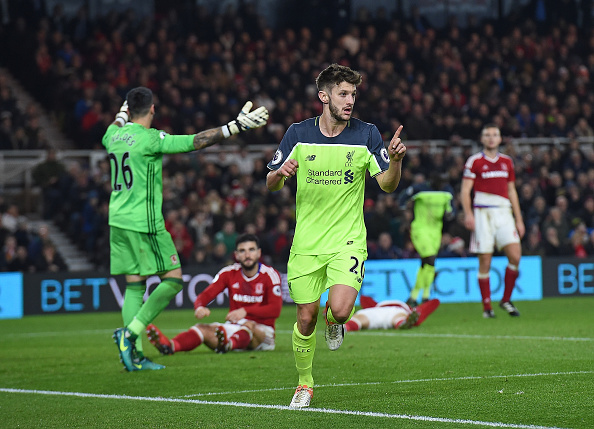 For all of the pre-season confidence at Manchester City and mid-season confidence at Arsenal, both find themselves one point better off than last season. Both ended up falling away in the title race (though the latter did finish second), but will be confident that their summer arrivals mean that they can last the distance this time.

Tottenham are also better off than last year, to the tune of four points. They were Leicester’s most consistent challengers in the latter half of last season so while they have been going through a rough patch recently, Mauricio Pochettino and his side will be hoping for a similar level of consistency going forward this year.

The only title contenders to actually be having a statistically worse season, however, are Manchester United. Despite having the most expensive squad ever assembled (including world record signing Paul Pogba) as well as the appointment of José Mourinho in the summer, Man United are two points worse off than at matchday 16 in 2015. 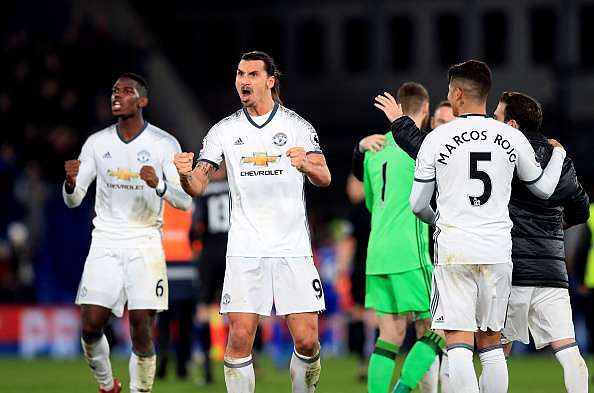 Of course, given the fact that they have started grinding out wins, coupled with the fact that this was around the time last year that they were enduring a run of form that nearly saw Louis van Gaal sacked, that statistic should change sooner rather than later. Still, it points to the fact that Mourinho and Man United are underachieving.

Everton and Southampton find themselves on the exact same points haul as last season (despite Ronald Koeman jumping ship from the latter to the former).

Crystal Palace and West Ham are eleven and eight points worse off respectively. Both were eyeing up Europe at that time but Alan Pardew and Slaven Bilic are now in very real danger of losing their jobs in the near future. Stoke, meanwhile, are down three points though they have done well to recover from a slow start tot he campaign.

Bournemouth and West Brom are in the top half with a points difference of five and three respectively, while Watford are slightly less off with Walter Mazzarri collecting four points less than Quique Sánchez Flores last season. Of the remaining teams who didn’t go on to be relegated last May, Sunderland and Swansea were occupying two of the bottom four places back then, as they also do now. Compared December 2015, Sunderland have point less and are one place lower, while Bob Bradley’s side have two points less and, likewise, are one place lower.

As it stands now, it is far too early to be definitively discussing where each side could end up, but the pattern so far will have each manager by now figuring out how ambitious or nervous their sides should be.