Alexis Sanchez’s Chilean team-mates hailed the Arsenal forward as a “phenomenon” after he matched Marcelo Salas’ goalscoring record for La Roja in a 3-1 win over Venezuela.

Sanchez’s phenomenal free-kick from just past the D gave Chile the lead after just four minutes in Santiago, clipping the underside of the bar with goalkeeper Wuilker Farinez stranded.

What A Goal by Alexis Sanchez !!! pic.twitter.com/CzMWu3YO7l

The goal brought Sanchez level with former Lazio striker Salas at the top of the Chile scoring charts with 37 goals, though the Arsenal forward took 107 caps took El Matador’s 70.

Paredes said of Sanchez’s achievement: “It’s phenomenal that he has reached Marcelo Salas.

“He will continue to score and will become a historic scorer for Chile.”

Sanchez could have had the record to himself but missed a penalty after taking spot-kick duties from Bayern Munich midfielder Arturo Vidal. 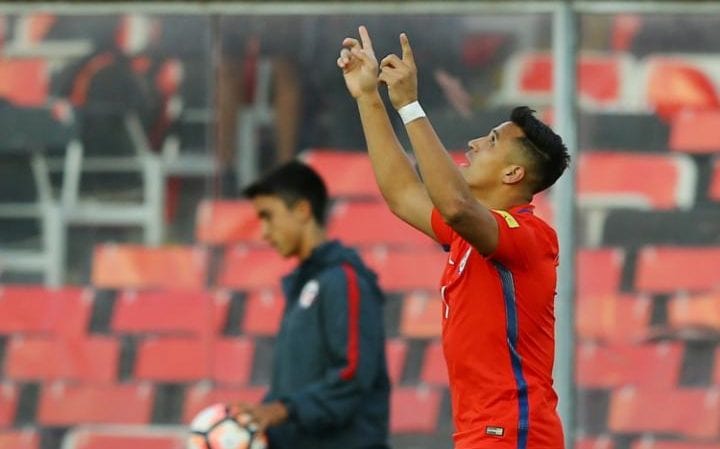 Victory for Chile took them a point clear of Argentina, who lost 2-0 in Bolivia in the absence of their talismanic forward Lionel Messi and into the fourth and final guaranteed qualifying South American spot for next summer’s World Cup. Whichever side finishes fifth will face an intercontinental qualifier to secure their place in Russia.

Chile See Off Japan 4-0 In Their Copa America-Opener