Arsenal was dumped out of the Capital One Cup on a damaging night as Sheffield Wednesday blew them away with a stunning 3-0 victory at Hillsborough.

Oxlade-Chamberlain limped off due to a hamstring injury in just five minutes into the Capital One Cup horror show at Sheffield Wednesday before his replacement Walcott went down with a calf problem less than 15 minutes later.

Most of the action in the opening 20 minutes was in the Arsenal dug-out as they lost both Oxlade-Chamberlain and Walcott, which could have implications for their visit to Swansea on Saturday and for Roy Hodgson’s England ahead of the forthcoming fixtures with Spain and France.

The Gunners, who beat Bayern Munich in the Champions League and Everton to briefly go top of the Barclays Premier League in the last seven days, were brought back down to earth by the Sky Bet Championship outfit, who deservedly progressed to the quarter-finals for the first time since 2002.The goals from Ross Wallace, Lucas Joao and Sam Hutchinson were led them to win over Arsenal.

It means that Arsene Wenger’s wait for a first League Cup of his lengthy reign goes on and the Gunners have not won this competition since 1993, when they were victors over the Owls at Wembley.

The Gunners Boss said: “The injuries are two muscular injuries and the injury damage I do not know.

“You have to wait 48 hours for the scans to see how big the damage is.

“It was a bad night at the office, we lost two players and after that we were not good enough, but on top of that you have to congratulate Sheffield Wednesday.

“They put in a great performance, very resolute, very dynamic and so they deserve their win tonight.”

He added: “I’m concerned because our next game is a big game on Saturday; we have the Champions League against Bayern Munich coming up. Already we are now short.

“To lose two players tonight, two offensive players, is damaging for us.”

Rafique's impressive performance forces ATK to try to bring him back

Kumar Sangakkara to be a part of Pakistan Super League 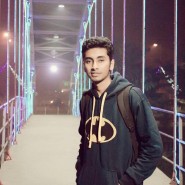 For me, love is Football

PSG shift their focus from Ronaldo to Barcelona star

Messi staying in retirement would be a sin: Mascherano

Boateng to return to Bayern starting line-up against Hertha

Breaking: First signing of Liverpool and he is a Chelsea and Manchester United target