Vince McMahon To Sell WWE To ESPN & FOX By End Of May?

There’s a lot going on within the WWE, right now amid the coronavirus pandemic. April witnessed the most unique WrestleMania of all-time without any audiences. Just after a few days, the company decided to trim down over 50 employees, all of a sudden owing to the budget cuts cost by this virus’ outbreak. The company still managed to file a strong revenue during the first quarter call but things may not be fully right at this moment.

Vince McMahon is still in charge of running things in the WWE but he may be looking forward to jumping ship as his time of taking retirement inches closer. Dutch Mantel tweeted out that he “overheard directly” from WWE’s Stamford headquarters that WWE could be sold off within as early as the middle of May.

HUGE NEWS: Any truth to this. Overheard directly out of @WWE Stamford is that a deal is being negotiated to sell WWE & the network to @ESPN and @FOX by as early as Mid May. @mattkoonmusic

Vince McMahon and Co are allegedly talking to ESPN and FOX about a deal. If it comes to fruition then they are looking forward to selling both WWE and the WWE Network. These kinds of rumors have previously been heard about WWE, every now and then.

But this one may have some overall truth coming out of Dutch Mantel as he still has some friends in the company who are aware of the next big business moves by WWE.

It’s true that the WWE Chairman has been dealing with some tough times, as of late brought on by the coronavirus pandemic. WWE has to modify their entire yearly schedule as well as had to cancel WrestleMania 36 plans.

The dream project of Vince McMahon, XFL had to be called off due to bankruptcy reasons whereas he’s also been sued by the former XFL CEO & Commissioner, and more.

With that being said, Vince McMahon carrying his bad mood in an arena has become a sort of running jokes in WWE, these days as WrestleVotes reported the following on Twitter,

“That is what he’s been like the last 2 weeks or so I’m seeing,” the source wrote. “Think this pandemic, Mania canceled, XFL getting killed has finally got to him and he’s at the ‘f–k it’ part of it all. ‘Screw it Vince’ could be wild.” 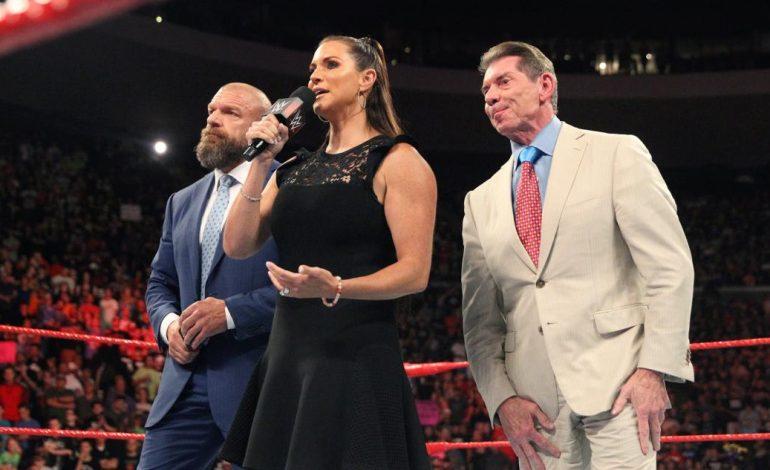 Despite all these stories going around, Vince McMahon showed up all business during April 23rd First Quarter 2020 investors call. He praised all the WWE talents and being proud of them as they continue to perform during the COVID situation. When asked about the drop in RAW ratings, he blamed all the fresh talents being put together at the same time.