Wasim Jaffer was appointed to the position of Uttarakhand coach last March after he had announced his retirement from all forms of the sport. The Uttarakhand Cricket Association is yet to accept his resignation.

Former India opener Wasim Jaffer tendered his resignation as Uttarakhand coach days before the team was scheduled to depart for the Vijay Hazare Trophy, which begins on February 20. Karnataka is the defending champion after winning Vijay Hazare Trophy in 2019-20. 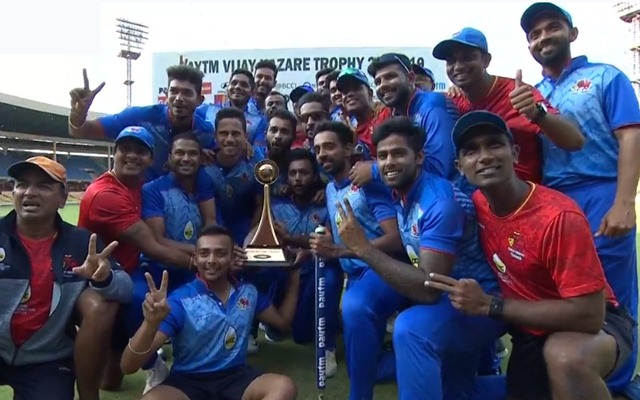 Wasim Jaffer Wanted To Take Up A Coaching Role After Retirement 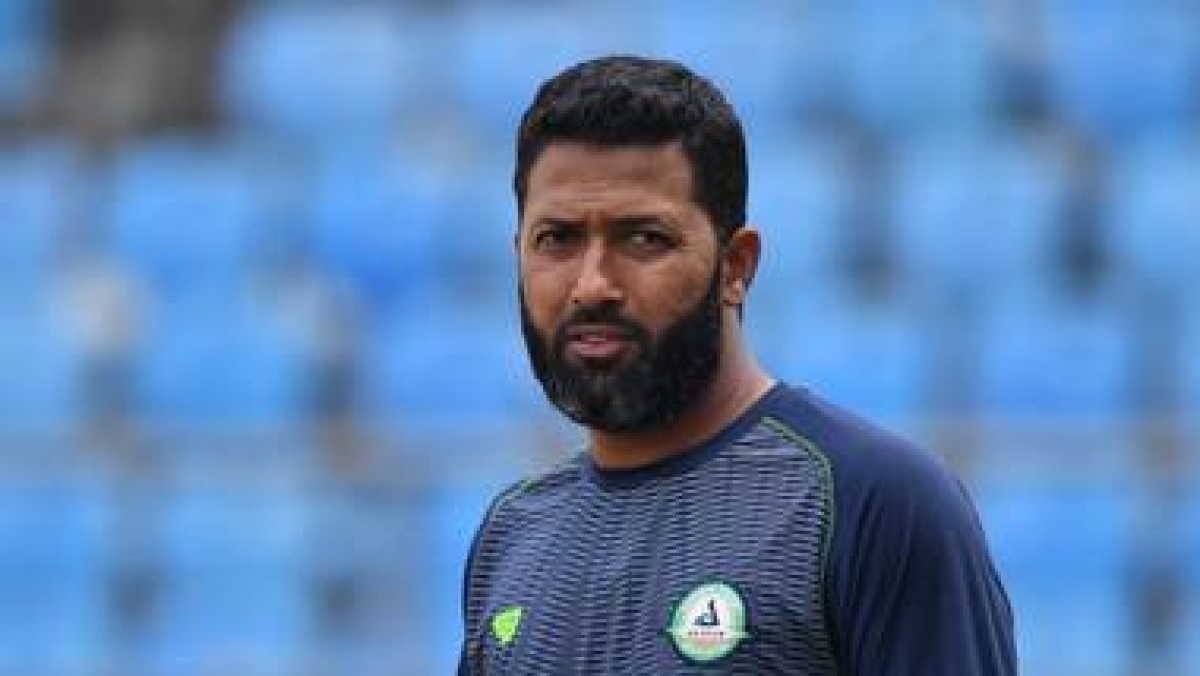 Wasim Jaffer, who could not be reached for comment on Tuesday, had earlier said he was looking forward to his coaching career.

“After I retired I wanted to take up a coaching role. A few teams contacted me but I liked the way Uttarakhand expressed their vision. When I was playing for Vidarbha, I was also in a mentoring role. But to become a head coach will be a challenge as I have to look after all areas,” Jaffer had said after taking charge as Uttarakhand coach.

After he took over as coach, Wasim Jaffer included three players — Jay Bista, Iqbal Abdullah, and Samad Fallah — in his team. He also picked his own support staff. Uttarakhand, however, failed to come up with any decent performances, winning just one game out of the five in the Syed Mushtaq Ali Trophy.

He had also said he would coach just for one season since he did not want a long-term contract.

“I didn’t want a long term role as I want to check how things progress in the coaching role. Uttarakhand is a new team with long-term goals and I realize it will be a challenge to coach a smaller team. They have the potential to do well and the boys are keen to learn. At the moment, there is no clarity when the domestic season will start due to the pandemic,” Jaffer had said. 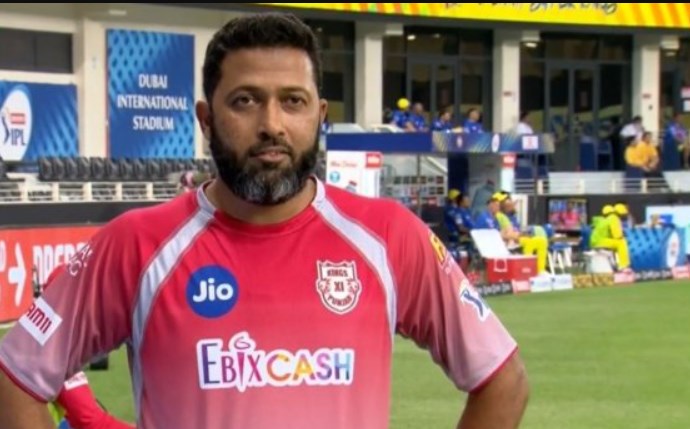 Wasim Jaffer is also a batting consultant with Bangladesh Cricket Academy. However, he hasn’t been able to travel to Dhaka because of the travel restrictions owing to the pandemic. He is also the batting coach of Kings XI Punjab in the IPL. Wasim Jaffer is a right-handed opening batsman and is currently the highest run-scorer in Ranji Trophy cricket, surpassing Amol Muzumdar.

In November 2018, he became the first batsman to score 11,000 runs in the competition. In January 2019 he became the most capped player in Ranji trophy history with the appearance of his 146th match surpassing Madhya Pradesh’s Devendra Bundela (145). He represented India in 31 Tests where his average was 34.1 with 5 tons and 2 ODIs.

Wasim Jaffer: Ajinkya Rahane Has Been A Disappointment In Ongoing 5 Match England Series

Wasim Jaffer: Virat Kohli’s Defending Deliveries On The 6th Or The 7th Stump

Ranji Trophy 2021-22 season’s much-anticipated groups have been announced by BCCI. Mumbai, Karnataka, and Delhi have been clubbed in the

The 42-year-old, Jaffer who is also the highest run-scorer in the history of Ranji Trophy, played 31 Tests and two One-Day Internationals (ODIs) between 2000-2008. It is only a matter of wonder as to why who achieved so much in the domestic circuit couldn’t excel on the international stage with the amount of potential that he had.

Jaffer confirmed his appointment to PTI, stating the contract was for a year. This will be his first stint as a head coach with a team.

“I am becoming the head coach of any team for the first time. It is very challenging and something new for me, straightaway after my playing career and I’m looking forward to it,” Wasim Jaffer said.

“This is a new team, they have done well. They played the quarterfinals (of the Ranji Trophy in 2018-19 season) against Vidarbha. But they have gone back to Group D (Plate group), so it is going to be a big challenge. I am happy that I am starting from the bottom and for me, it is going to be a good experience,” he added.

“I have heard that a lot of talented players are coming from there. I am hoping to turn them into good players and (Uttarakhand) as a good team,” he said.

“In my last five-six years, I have mentored youngsters; it is something which I enjoy, to be honest. I take a lot of happiness to help the youngsters and see them grow,” added Jaffer, who has featured in 31 tests and two ODIs for India.

Jaffer Has Had A Legendary Domestic Career For India

Jaffer holds multiple records to his name in the Ranji Trophy – the premier domestic cricket tournament of India. Jaffer is the highest run-scorer in Ranji Trophy scoring 12,038 runs in the competition. He also has the most number of centuries in the tournament wherein he has scored a total of 40 centuries.

Also Read: Irfan Pathan Reveals One Current Indian Fast Bowler He Would Have Loved To Pair With

Jaydev Unadkat, the Rajasthan Royals pacer, believes that the conditions in the UAE for the second leg of IPL 2021

Wasim Jaffer: Ajinkya Rahane Has Been A Disappointment In Ongoing 5 Match England Series

Wasim Jaffer: Virat Kohli’s Defending Deliveries On The 6th Or The 7th Stump

Ranji Trophy 2021-22 season’s much-anticipated groups have been announced by BCCI. Mumbai, Karnataka, and Delhi have been clubbed in the

Unmukt Chand has been named Uttarakhand’s captain for the first four matches of Vijay Hazare Trophy 2019/20, the board announced on Wednesday. Tanmay Srivastava and Rahil Shah are two other professionals in the squad for the List A tournament.

Chand, the former India U-19 World Cup-winning captain, had switched his base to Uttarakhand recently. Not getting a chance in red-ball cricket in the previous season was one of the reasons behind the move. Chand had done well in white-ball crickt in past couple of seasons but wasn’t given an opportunity in any of the Ranji Trophy matches.

Chand had made his debut for Delhi at the age of 16 and also led the team in two Ranji Trophy matches in 2016/17.

Rahil Shah, the second professional in the team, has played 26 first-class, 42 List A and 35 T20 matches. Incidentally, Malolan Rangarajan, who was a part of Uttarakhand, is back in Tamil Nadu fold and Shah, who played for Tamil Nadu, will play for Uttarakhand.

Tanmay Srivatava, the former Uttar Pradesh player, is an experienced campaigner with an experience of 81 first-class, 37 List A and 28 T20 matches.

Karanveer Kaushal, who scored a double-century in the previous season of the tournament, is also a part of the team. Gurucharan Singh is the head coach of Uttarakhand.

Led by Rajat Bhatia, Uttarakhand had won seven out of eight Vijay Hazare Trophy matches in the last season and had also made it to the second round of Ranji Trophy.

Uttarakhand will be facing debutants Chandigarh in their opening game of the tournament. They will later take on Assam, Pondicherry, Arunachal Pradesh, Sikkim, Nagaland, Meghalaya, Mizoram and Manipur.

Harmeet Singh is an Indian cricketer who plays for Mumbai. He was part of the India Under-19 cricket team in the 2012 ICC Under-19 Cricket World

I Went To The USA To Meet Relatives Not To Sign Any Deal, Says Unmukt Chand

Unmukt Chand, India U-19 World Cup-winning captain has rejected reports he’s exploring to continue his cricket career in the USA,

BCCI is all set to organize the One Day tournament- Vijay Hazare Trophy from February 20, after the successful completion