The apparent heat between AJ Styles and Paul Heyman hasn’t come to an end, at all. Rumors previously suggested that the former creative head of Raw programming was the main reason why the current Intercontinental Champion was forced to change his brand in WWE. Following WWE Money In The Bank, he suddenly showed up, on SmackDown surprising everyone.

Former OC members, Karl Anderson and Luke Gallows recently revealed on Talk N’ Shop A-Mania: Countdown To F#cktown that it was Paul Heyman indeed who was behind their WWE firings. They called him a liar just like their leader in WWE. They also revealed that Heyman was indeed the reason why AJ Styles walked away from Raw and decided to go back to SmackDown. 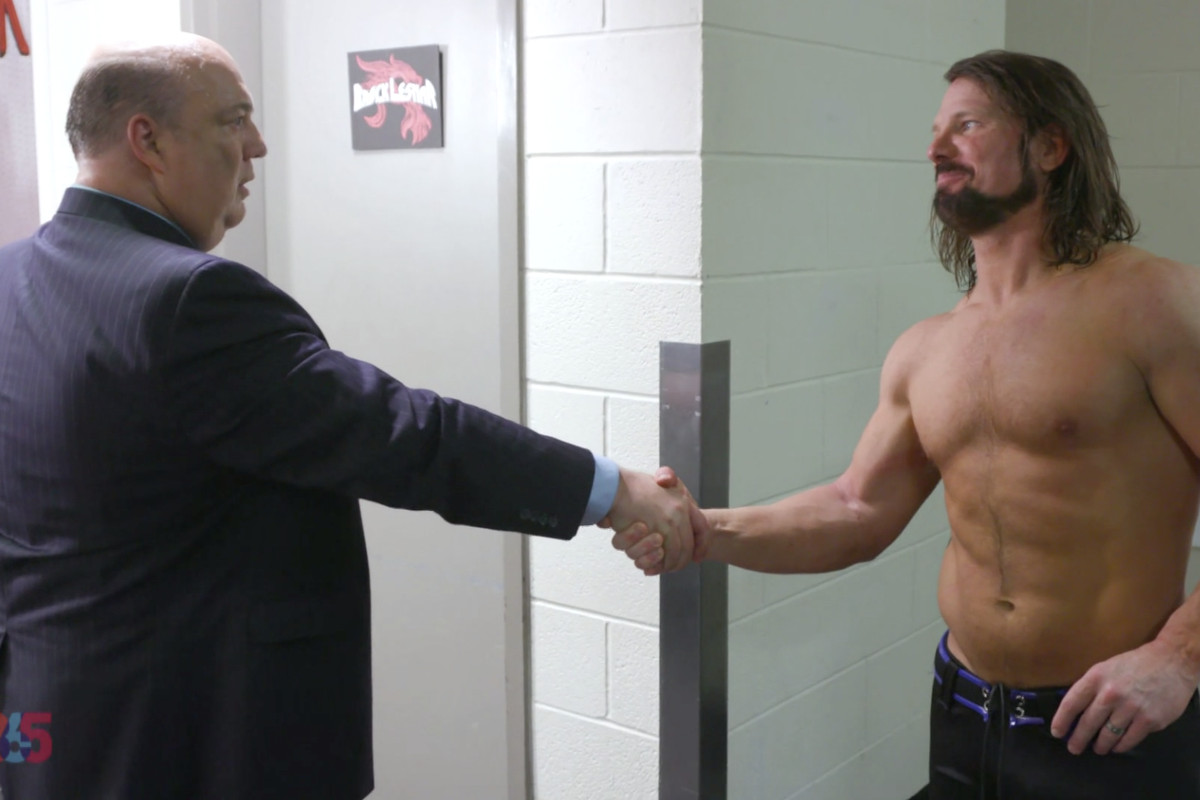 AJ Styles previously mentioned Paul Heyman as a ‘bold-faced liar‘ on his Mixer channel. Now he went to dig down deep in this issue on a recent live stream on his Twitch channel. He confirmed that he headed to SmackDown because he couldn’t stand Paul Heyman and his lies. He simply couldn’t stand this grown-up man who was built on lies. So he didn’t mind switching to the blue brand.

I just can’t stand him. But if there’s ever an opportunity, I don’t mind coming over, that would be great. I don’t want to do anything now because my son if he plays football on Friday nights, I want to be there.”

AJ Styles added that he’s had talks with numerous people around WWE about this issue and everyone apparently had the same opinion of Heyman and his behavior. The Phenomenal One also revealed how the advocate general of Paul Heyman would find ways to put his ‘co-workers under the bus to cover up his mistakes.’

The former WWE Champion previously had the belief that Paul Heyman was universally liked by people but he was wrong. He also realized how Vince McMahon must have noticed the wrong side of Heyman which is why he gets perceived by the majority of the people, backstage. This could be a significant reason why McMahon decided to fire him from the Executive Director position on RAW. “Vince is a very smart man and he can see through a lot of crap and I think he finally saw what everybody already knew and said ‘you know what man, you’ve done some great things in the past [but] you’re just not well-liked here, maybe hit the bricks. We’ll let you be the advocate for Brock Lesnar.

You do it well, you can’t deny that. He’s good at that. I think that’s as far as it needs to go.’ The only person you can blame for this is himself. Just don’t lie to people man. This is the business that he, I don’t want to say grew up in but found a way to be successful in – probably by lying. I’m not the first guy to say this, as I found out.” (Transcription by Wrestling News)

A top superstar like AJ Styles venting out frustrations against Heyman, a senior in the industry has been portraying him as a polarizing figure.

Apparently, his motive has always been to push younger talent, but Vince McMahon fired him as didn’t believe in his policy. He decided to choose a different direction where the established names will get more TV time. Thus, Bruce Prichard and his team now overlook things on both Raw and SmackDown.