For two consecutive weeks in a row, the main event segment of WWE Raw featuring Drew McIntyre and Randy Orton came to an end in a hurried fashion that isn’t usual. Fans had to raise questions about whether the show was running out of time or not. Insider report states that weren’t the case as WWE intentionally did so, perhaps to retain the curiosity even after the show. But it seems, the fans residing in Canada were able to witness the proper finish of the show.

Randy Orton was backfiring towards Drew McIntyre after digesting an initial beatdown when Raw went off the air. But the tables were turned, once again after the USA Network cut the feed off. The brutal assault for The Scottish Psychopath continued as he stabbed The Viper in the eye with a pen. It was noted that the feed around the United States went a bit long and the broadcaster had to stop it but that wasn’t the case in Canada.

Drew McIntyre hammered away on Orton while the latter was lying on the announce desk. The former WWE Champion then grabbed a pen belonging to the commentators to poke the eyes of his current rival, with it. The beatdown wasn’t apparently finished when the shared feed was cut off. Going by the scene, it seems the feud between these two will continue over the prime title in sports entertainment.

Meanwhile, The Fiend wants to be a part of the title picture, as well. Randy Orton came out for the final segment of Raw as the guest on A Moment Of Bliss talk-show that had to end, quickly. Orton questioned Bliss where The Fiend was, but she just laughed. Then Drew McIntyre made his way to the ring to attack Orton. He kicked Orton down while Bliss laughed. Moments later, the lights went out. 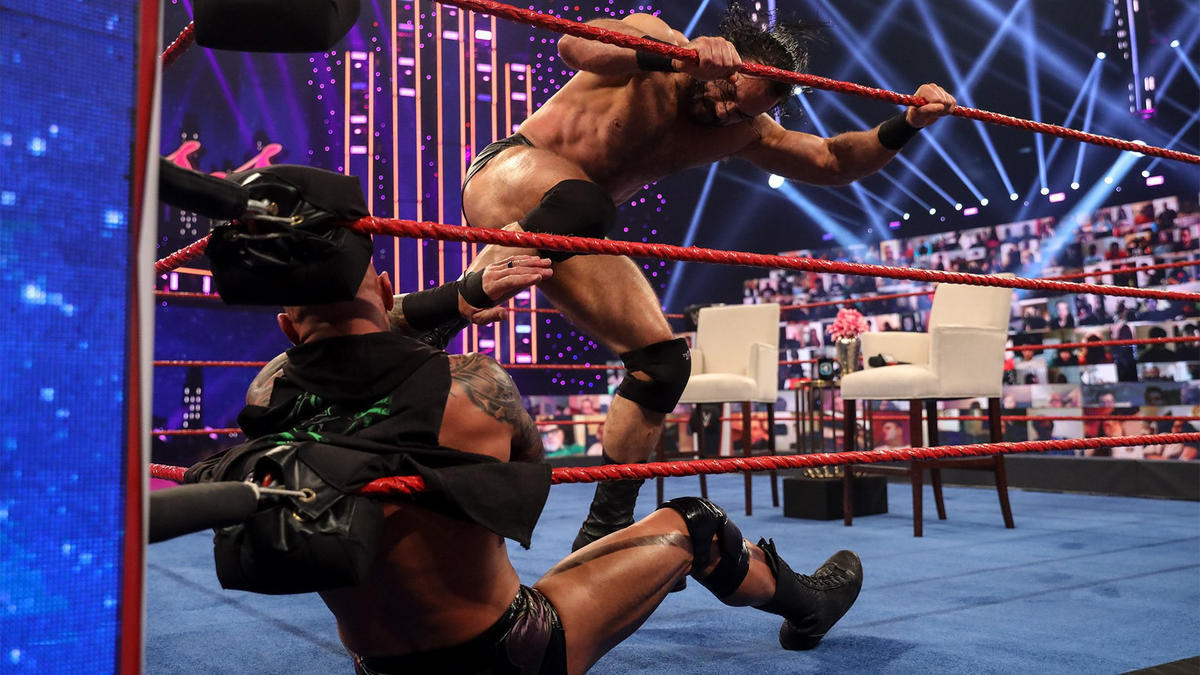 The Fiend’s red light filled the arena and his strange screeching music started playing. Orton was out of the ring and trying to get away with Drew McIntyre. But Orton then realized that The Fiend was standing behind him and his eyes got stuck into the WWE Title.

Orton didn’t want to face The Fiend and went back to do some more fighting with Drew McIntyre, instead. The two battled around the ring and Orton put McIntyre on the announced table during the brawl when the show went off the air. As of last night, it was announced that Orton will face Roman Reigns at Survivor Series 2020 in a Champion vs Champion match.