Elizabeth Huberdeau is a name that might sound to be unfamiliar to some of the pro-wrestling fans but at one point, she used to be the first lady of the WWE. When you hear that she’s someone related to none other than the franchise player of the WWE, then it’s bound to raise interest in you. She was indeed used to be the wife of John Cena.

The man with Hustle, Loyalty, and Respect has climbed many of the mountains in his WWE career who now stands as a sixteen-time world champion. But just like his movie career, John Cena isn’t that much success when it comes to his personal and love life. He was so much committed to his responsibilities with the WWE that he never really cared much about life partners and Elizabeth Huberdeau is one of them. 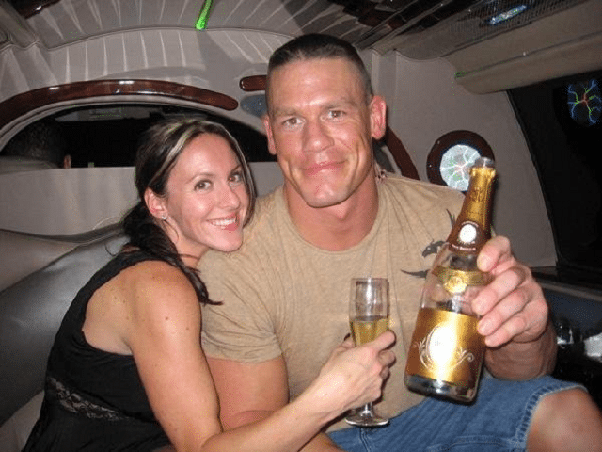 John Cena has always been open about not having a kid, ever. He does not want parenthood because he does not want to be a father who always remains busy with his career. This was one of the reasons why his relationship with Elizabeth Huberdeau came to an end.

But we’re not jumping to the end of the story, right away but would rather provide a synopsis of her part in the life of WWE’s Cenation Leader.

– Born on September 28, 1979, Elizabeth Huberdeau is a resident of West Newbury, Massachusetts, the place where John Cena is billed from, too.

– Also known as Liz Cena, Elizabeth Huberdeau is supposedly to be the high school sweetheart of John Cena. Although no details are available on her schooling, Cena attended two high schools: Central Catholic High School and Cushing Academy, which are both located in Massachusetts. So it’s possible that the duo met in one of these schools and started dating.

– After the completion of High School, Elizabeth Huberdeau moved to college. She assumed to have studied with business management where John Cena had completed his higher education with a Bachelor’s degree in Exercise Physiology and Body Movement.

– Both of them were extremely private and never accepted of seeing each other as John Cena was focused on solidifying his spot on the top of the WWE roster in the mid-2000s. The two continued their relationship, in the meantime.

– While promoting his 2009 film 12 Rounds, Cena announced his engagement to Elizabeth Huberdeau. It was for the first time that he publicly acknowledged his wife. They got married on July 11, 2009.

– On May 1, 2012, the former WWE Champion filed for divorce, which was finalized on July 18. It is said that the couple had a disagreement about the remodeling of their home.

– For some reason, Elizabeth Huberdeau and her lawyers were convinced that John Cena was having an affair outside the marriage, probably at his workplace, as he took an abrupt decision to get divorced. The Rock defeated John Cena at Wrestlemania that year and following that he stated that the effects of the divorce weren’t giving him good vibes, at all. The real reason for the divorce always remained private.

– While John Cena moved into his next partner following the divorce, Elizabeth Huberdeau established herself as a real estate agent who deals with construction, trading, buying, and refurbishing of business or residential buildings. She assumed to have received a huge settlement package worth $60 million after her divorce from Cena.

After getting over with his first marriage with Elizabeth Huberdeau, John Cena began dating fellow wrestler Nikki Bella in late 2012. They became engaged to be married as Cena proposed to her at WrestleMania 33 on April 2, 2017. The following year, they ended their relationship in April 2018 just a month earlier, they’re about to get married.

Currently, John Cena is seeing Shay Shariatzadeh whom he met, last year during a film shooting in Canada. The status of their relationship is unknown at this point but he is reportedly very happy in his new life.