Former WWE show host Renee Young has finally become now a citizen of the United States of America. Now going by her real name, Renee Paquette took to Instagram to announce that she officially became a citizen of America by stating the following,

It was announced back in November that Renee Young and her husband Jon Moxley are expecting their first child. She left WWE in August 2020 and since then she has launched a podcast and a cookbook.

Moxley fka Dean Ambrose was known as a Lunatic Fringe in the WWE for a reason and he once again proved the same while casually mentioning that he has a pregnant wife at home during a random promo on an episode of AEW Dynamite on the TNT Network. The news spread like wildfire among professional wrestling fans.

This is how the world found out about the pregnancy of Renee Young and she didn’t have a clue, either about her husband announcing the same, all of a sudden. The former WWE Raw commentator recently opened up about her pregnancy after the big announcement was done by her husband. This was a relief for her as Mox has done a big job on her behalf. 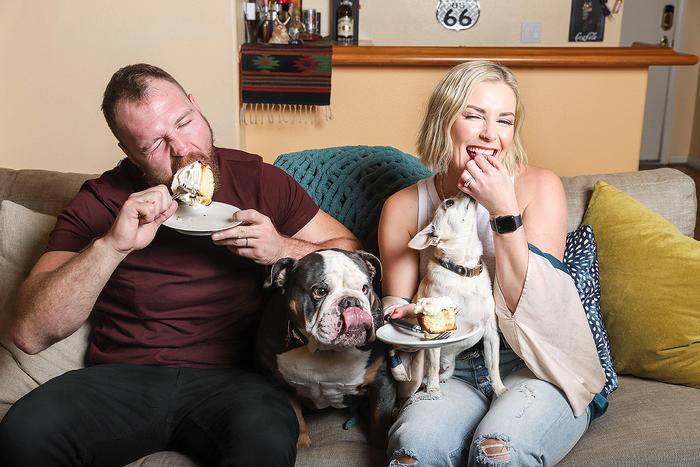 During the interview with People, she said that they are beyond excited to start this new chapter of their life,

“We are so beyond excited to start this new chapter, and now finally having the world know feels like a weight has been lifted off my chest.

I am the worst at keeping fun secrets! However I definitely couldn’t have predicted that the world would have found out on AEW Dynamite.”

The way how The AEW World Champion decided to let the world knew about the pregnancy, was discussed when Renee Young mentioned that she was still thinking about ways to make that big announcement but Mox took that big burden away for her.

“I was thinking about all of these cute different ways that we could break the news to everyone and then bam, Jon just haphazardly spills the beans on Dynamite! But we’re a kinda no-frills couple, so I guess it actually fit perfectly.” Renee Young and Jon Moxley have also participated in a mini-photo shoot for People in one of which the promotion of Renee’s podcast was done. The former WWE programming host and announcer revealed that her husband will be the first guest on the premiere of her new “Oral Sessions” podcast, which premiered on Spotify and other platforms.