Roman Reigns has been in his own league for over two years since the massive return back in 2020. He quickly won the Universal Championship within a week to take control of Friday Night Smackdown. His top status was upped this past April during Wrestlemania 38 as he became a dual champion.

Six months later, Roman Reigns has now reached another milestone as the holder of the WWE Championship. The Tribal Chief defeated Brock Lesnar in a “Winner Takes All” title vs. title championship unification match at WrestleMania 38 to become the Undisputed WWE Universal Champion.

Roman Reigns has been a dual champion since Wrestlemania 38

Tomorrow night, Roman Reigns will be entering the 185th day of his current WWE Championship reign. Just a few weeks ago, he created an incredible feat of not being pinned or submitted for over 1,000 days. His last pinfall loss came at the hands of King Corbin at the December 15, 2019, TLC: Tables, Ladders & Chairs pay-per-view when he was still portraying the Big Dog character. 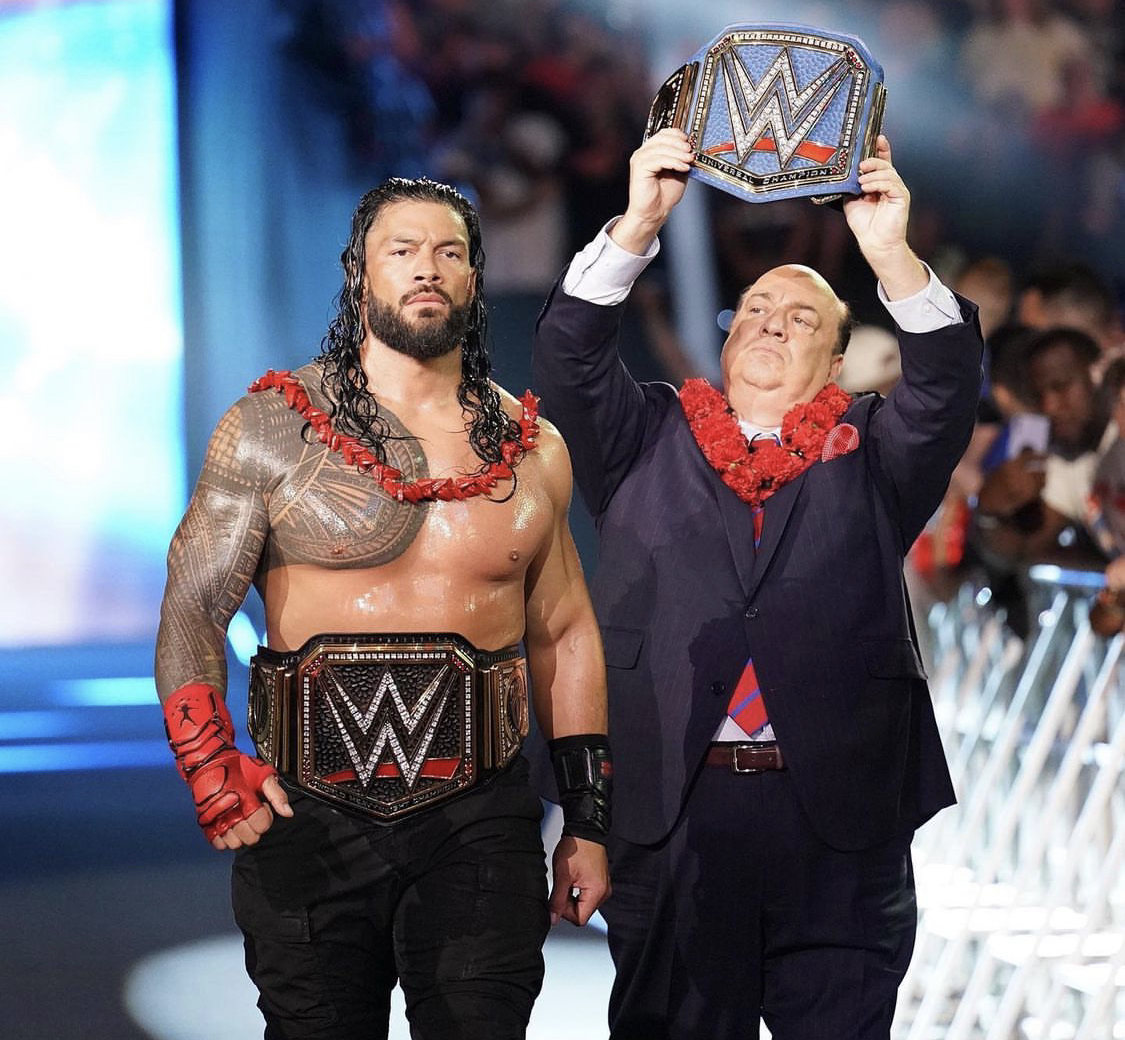 Eventually, both these reigns are expected to get shattered by Roman Reigns, down the line as he’s expected to be the dual champion, until at least Wrestlemania 39. On that night, he is rumored to take on The Rock in a dream match in the main event of the premium live event. For the time being, he will defend his championships against Logan Paul at the Crown Jewel 2022 pay-per-view that takes place inside Mrsool Park in Riyadh, Saudi Arabia on November 5.