Over the past couple of years, Roman Reigns has been on a history-making run in the WWE. First. He was Universal Champion but later he became the Undisputed WWE Universal Champion to achieve an unthinkable feat as he holds both the top belts in the company.

The Tribal Chief has literally been unstoppable since returning to WWE back in 2020 as a heel superstar. After his massive title defense at Clash at the Castle, it’s not likely that he’s dropping his titles, anytime soon. As the championship reign continues, Roman Reigns has now achieved yet another accolade in the WWE. 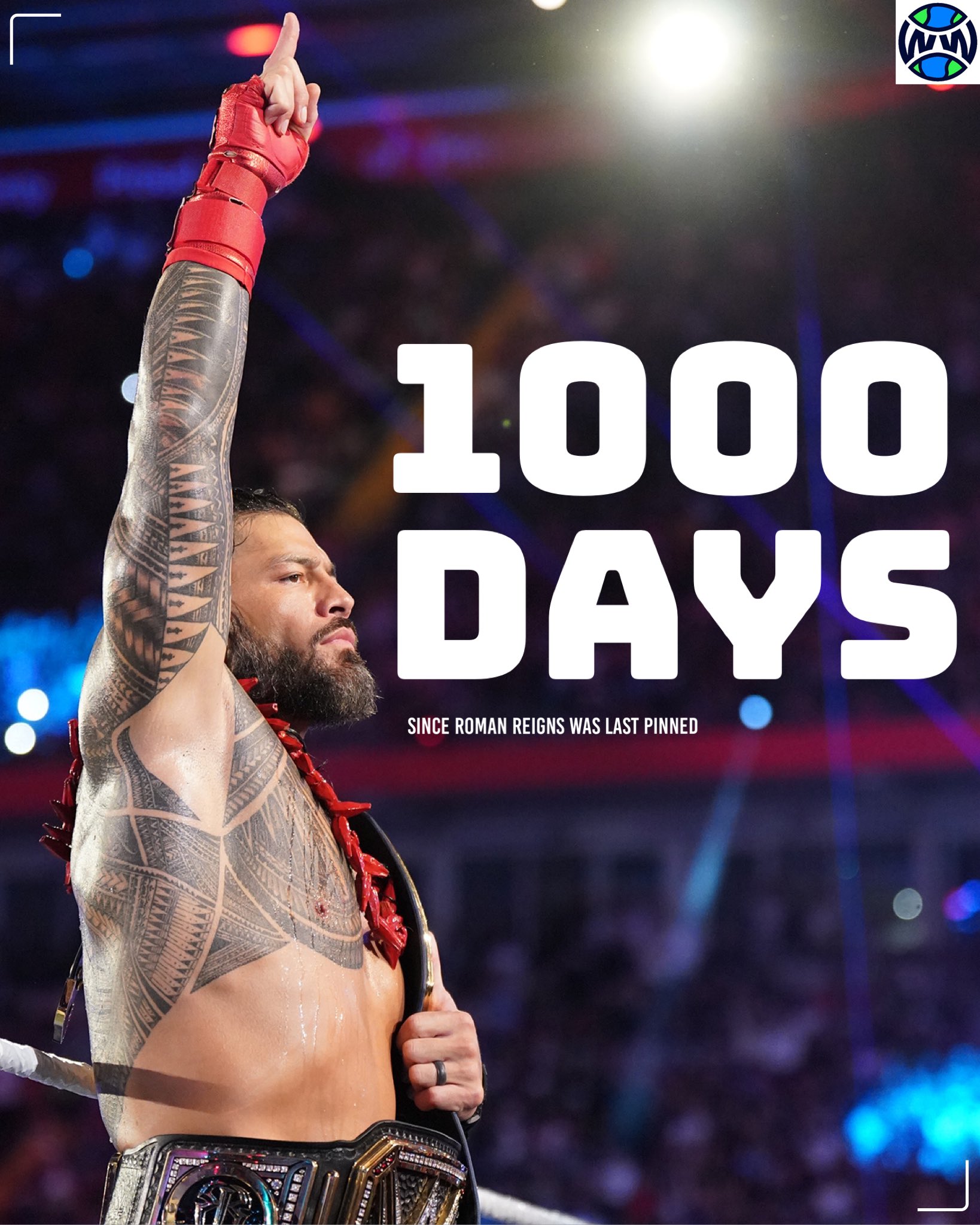 As noted by @WrestlingWorldCC Twitter handle, the reigning dual champion hasn’t been pinned or submitted for the past 1000 days. On December 15, 2019, Baron Corbin defeated the-then Big Dog in a Tables, Ladders, and Chairs match by pinning him in the middle of the ring. Dolph Ziggler and The Revival (now known as FTR in AEW) interfered in the match and helped Corbin to get the win over Roman Reigns.

Roman Reigns is champion for more than two years

That match remains the final pin-fall loss for The Head of the Table who did end up losing a few matches since including the Royal Rumble 2020 Men’s Rumble match and a couple of tag team matches with The Usos. But in any of those matches, he wasn’t the one to suffer the direct loss. The Usos took the pinfall for the loss while in the Rumble Match, he was eliminated by Drew McIntyre.

As noted above, Roman Reigns has absolutely been unstoppable since then, especially since his return as a heel in August 2020. He has been the Universal Champion for almost 750 days now. WWE Officials always wanted to put him in Brock Lesnar’s spot and thus he became the most dominant force to reckon with on the WWE roster.

In the main event of WWE Clash at the Castle 2022, Roman Reigns defeated Drew McIntyre to retain his Undisputed WWE Universal Championship and thereby continue with the title reign that is going on for more than two years, now. By the end of the match, Solo Sikoa (younger brother of The Usos) from NXT 2.0 attacked McIntyre which allowed the champion to hit a Spear on McIntyre to pick up the pinfall win.

Sachin Tendulkar Had To Wait For 6 World Cups To Finally Win One: Ravichandran Ashwin Comes In Support Of Virat Kohli, Rohit Sharma

No One Can Replace His Desire To Dominate Bowlers: Ian Chappell On India Missing Rishabh Pant