This week’s WWE NXT had a massive title match announcement to crown a new set of champions, next week. NXT Champion Bron Breakker also revealed his next title match defense. Two factions fought out in the main event while a WWE Hall of Famer was also in attendance on the show that took place at the WWE Performance Center in Orlando, Florida. Check out the results,

– Number-one Contender for WWE NXT Women’s Championship, Zoey Stark kicked things off with a promo session that was cut short by Cora Jade. Eventually, The Toxic Attraction also appeared on the scene where the leader Mandy Rose said that tomorrow she will become the fourth longest-reigning NXT Women’s Champion. Stark then wanted a title shot from her but instead, Gigi Dolin stepped up to the challenge. 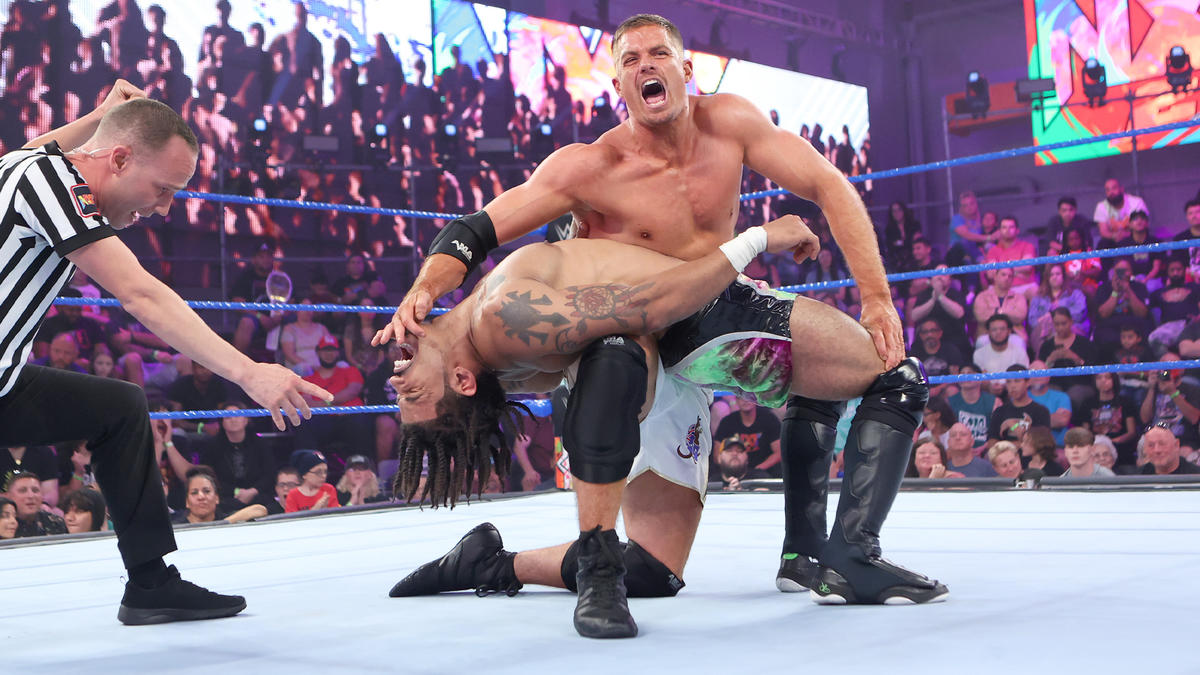 – Grayson Waller defeated Wesley Lee in the opening match of WWE NXT. A distraction by Trick Williams allowed Waller to hit his Cutter finisher on Lee for the win.

– Apollo Crews defeated Xyon Quinn in the next match after countering a crossbody move with a powerslam.

– Zoey Stark defeated Gigi Dolin (with Jacy Jayne and WWE NXT Women’s Champion Mandy Rose) in a short matchup. After a series of moves. Stark hit a knee to the face on Dolin for an easy win. After the match, Cora Jade arrived at the scene and attacked Stark with a kendo stick. Roxanne Perez then made her return and made the save for Stark.

– JD McDonagh insulted the commentary team members with a furious promo session before calling out the WWE NXT Champion Bron Breakker. The champion mentioned that he will defend his title against JD at Heatwave event. Next week, the match contract will be signed. JD tried to deliver a sneak attack on Bron but he backfired before leaving.

– WWE Hall of Famer Alyndra Blayze appeared in a backstage segment to inform that there will be a Fatal 4-Way Tag Team Elimination Match to crown new WWE NXT Women’s Tag Team Champions.

– Giovanni Vinci defeated Andra Chase in a singles contest by countering a powerbomb with his own powerbomb for a clean pinfall win.

– The teams of Yulisa Leon and Valentina Feroz, Katana Chance and Kayden Carter, and Ivy Nile and Tatum Paxley got into a brawl over the upcoming women’s tag team title match for next week.

– Indi Hartwell defeated Arianne Grace in a short match by slamming her opponent’s face into the mat.

– Tony D’Angelo and the D’Angelo Family (Cruz Del Toro, Joaquin Wilde, and Stacks) defeated Diamond Mine (Roderick Strong, the Creed Brothers, and Damon Kemp) in the main event of WWE NXT. After a back-and-forth encounter, Tony D’Angelo picked up the win with a roll-up as Strong accidentally hit Julius.

– In the parking lot, Alundra Blayze met Gigi Dolin and Jacy Jayne who wanted her to hand over the tag team titles. The legendary female superstar advised them to prepare for next week’s Fatal-4-Way to end the show.