ICC World Cup 2019: One Player From Each Team Who Was Excluded

The ICC Cricket World Cup will be back in England and Wales after two decades.  The hosts England will go one on one against the Proteas in the opening match of the tournament at the Oval. It will be the first time since the 1992 edition of the World Cup that the pool system will be kept away and each team will have to play against one another to advance to the semi-finals.

The pinnacle of 50-over cricket is not only remembered for all the milestones of wins, runs, and wickets; but also the deprivation of some of the brilliant players missing out due to stiff competition. It is the absence of a handful of those players who may turn the tide hugely in favour of any side that makes a massive difference in the crunch stages of the tournament.

While the players kept in standby have an opportunity to reclaim their position, few players ceased to be the part of the team, owing to multiple capable men vying for the same slot.

We take a look at one man from every team who might have made a difference if considered in the squad.

If there’s one team that other top-tier teams need to be wary of is Afghanistan. It is the freedom with which the Afghan cricketers play and execute their skills have enabled them to take giant strides towards being the next big thing.

The Asian cricketing nation has got all its bases covered, picking a right blend of experience and youth. Nevertheless, they may have missed a trick by not including the experienced campaigner Shapoor Zadran. 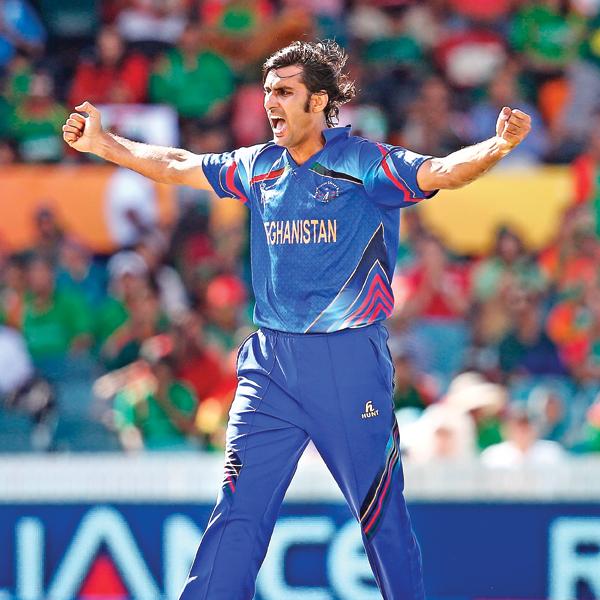 While they have a wealth of Gulbadin Naib, Hamid Hassan, Dawlat Zadran, an experienced left-arm pacer in conditions where the ball nibbles a bit, a left-arm seamer can be decisive in bringing the ball back in with a sharp inswinger.

Imrul Kayes has been a long-standing veteran for Bangladesh along with fellow opening batsman Tamim Iqbal. The opening stand has been one of the most significant factors in ensuring Bangladesh’s competitiveness against top teams. 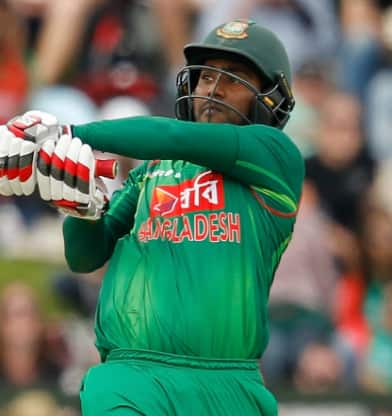 Despite bringing up prolific performances, the 32-year old has more often than not, remained on the fringes of the national team. Kayes scored a noteworthy 436 runs in eight One-day games in 2018 at a solid average of 62. Although players like Soumya Sarkar and Liton Das have proved their worth as openers, the left-hander had the potential to slot in the middle-order, adding stability to the batting order.

The two-time champions have had a below-par few years in One-day cricket and had to play the qualifiers to earn a place in the World Cup. However, a strong showing against the English team recently has given them the title of being the “dark horses” this time.

The men from the Caribbean are affluent in the fast-bowling department. The return of Chris Gayle and Andre Russell and the presence of Shai Hope and Shimron Hetmyer has also boosted their batting stocks. Nonetheless, it is their spin department that is concerning. 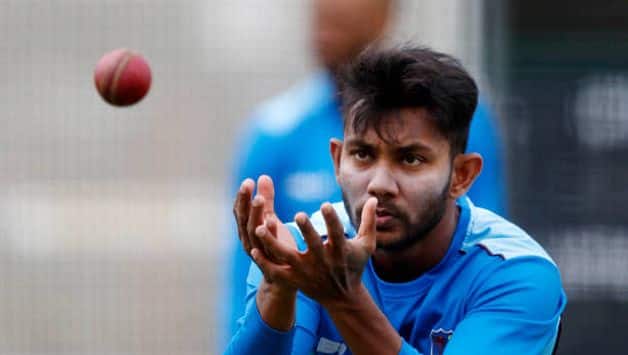 While majorly every team having a wrist-spin bowler in their arsenal present, the Windies have left out Devendra Bishoo. Subsequently, the responsibility will be on the off-spin duo of Fabian Allen and Ashley Nurse to share the spinning duties. With the English pitches speculated to be dry as the tournament progresses, a leg-spin bowler who can exploit the conditions fully could be the need of the hour.

The Sri Lankan team have undergone some wholesale changes since the last World Cup. It goes from the constant changing of captains and the various personnel in the board. To add to that, their off-field scandals have also adversely affected their performances.

Apart from appointing Dimuth Karunaratne as the skipper, the selectors have also experimented by selecting tons of rookie players. The notable omission of Upul Tharanga was nevertheless an impending one, owing to his terrible run of form. However, the last of the batsmen to be placed in the illustrious crew of Dilshan, Sangakkara, and Jayawardene, the veteran’s experience could’ve been more than handy in the grandest stage of all.

As much as Pakistan exemplifies unpredictability in the big tournaments, the 1992 World Cup winning nation pulled off a selection stunt by omitting Amir from the squad. It was in the 2017 Champions Trophy final that the speedster had marked his territory at the Oval.

What was thought as the rebirth back to greatness was followed by a drastic fall of performance in the subsequent years. The 27-year old managed 18 wickets in 12 games in the year 2017, however, the following year, it sharply declined to three wickets in ten games. 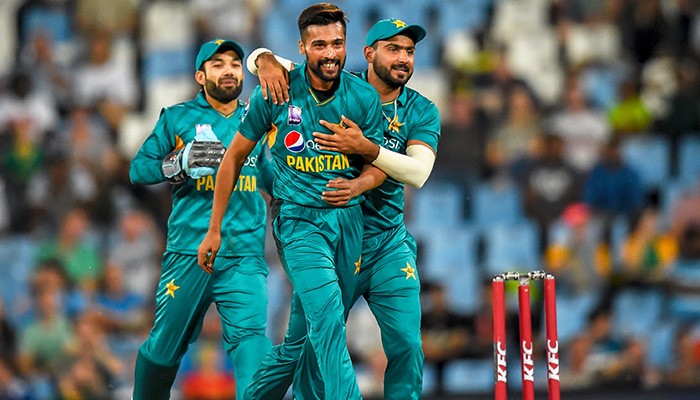 The Pakistan bowling attack, while still the most distinguished, lacks a leader, the role of which Amir can assume it. The English conditions seem the most suitable decks where the pacer can rediscover his mojo and replicate the performance of the Champions Trophy.

The Black Caps have had reasonable success in big tournaments even though they haven’t had a taste of a World Cup trophy. The finalists of the previous World Cup also have a pretty much of a settled side. However, Colin Munro, being a promising T20 prospect, lacks the temperament to play a long inning. 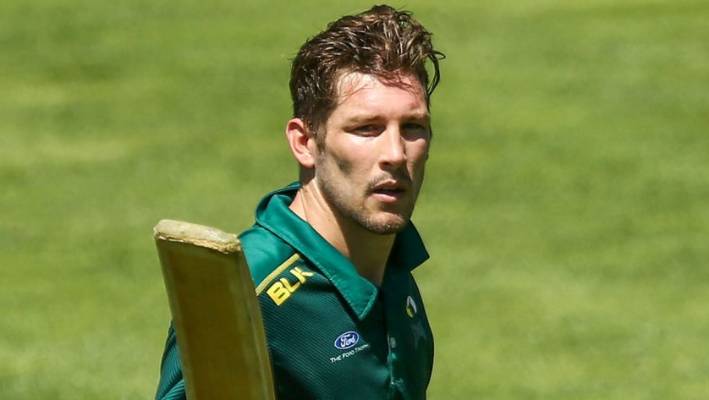 Having had a decent start to his One-day career, Worker could have been the ideal candidate to blood in if Munro didn’t hit the desirable form. The 29-year old also scored two half-centuries in the recently concluded unofficial games against Australia after registering a duck in the first game.

The South African side strangely wouldn’t be starting as red favourites mainly due to the absence of AB de Villiers in their ranks. But the Proteas, have nevertheless, got one of the most ruthless bowling attacks in the tournament.

However, have the Proteas missed the point by not selecting a backup keeper? This is where the likes of Heinrich Klassen could come into play. While Klassen had a bright start to his career, the 27-year old couldn’t quite cash on it to make it big. Quinton de Kock, unarguably, with his exceptional keeping skills and explosive nature as an opener, remains a starter in the playing eleven. But, in a lengthy tournament, there is always a risk of injury. A specialist keeper in Klassen and a hard hitter may have served South Africa better in testing times.

The Barbados born cricketer has been long lurking to don the English colours. Jofra Archer’s dream to play for England was well within sight when the English Cricket Board reduced the seven-year residency period to three years.

The 24-year old made his first-class debut for Sussex in 2016 and soon became the hottest pick for all the T20 franchises he played for. The speedster can regularly clock high speeds and the knack to clobber the bowlers in the death overs. 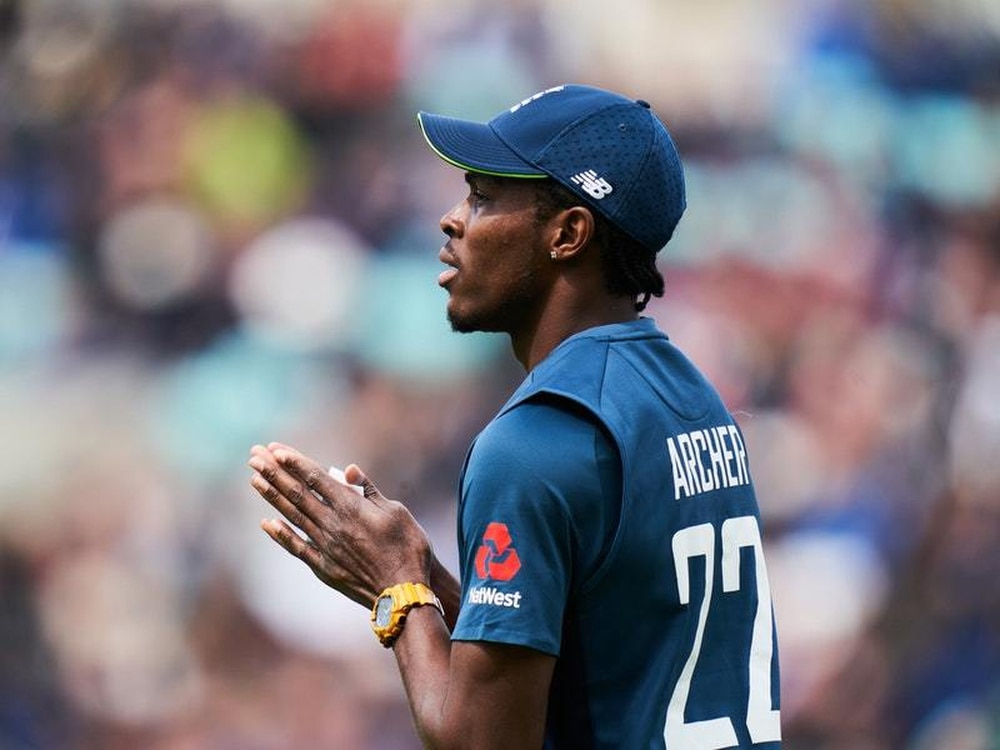 While Archer has not been ruled out of contention and still could earn a berth. In fact, the selectors have given him the Pakistan series before the World Cup to press the case for inclusion. There is no doubt about the hosts’ batting line-up, but it is their bowling that can get an edge with the addition of Archer.

The 21-year old has, for long, has been seen as an apt successor for MS Dhoni. Pant may have cemented his spot in the Indian Test team; however, he faces intense competition for now with Dinesh Karthik. The selectors pulled off a selection surprise by choosing the latter over Pant, a decision which has been highly debatable. Karthik has undeniably rescued the team on multiple occasions by playing some invaluable cameos. However, it is Rishabh Pant whose form in the Indian Premier League has left the fans in awe. While Karthik a proven match-winner and a good keeper, it is the upcoming talent that deserves all the grooming and the exposure.

If anyone had been asked about Australia’s chances six months before about defending their crown. It was close to nil. But, the five-time champions have roared to contention with their unbeaten eight-match winning streak. The uncertainties on the Australian batting line up kept increasing on account of their two leading players facing a ban.

As such apart from Usman Khawaja, Handscomb stepped up to shoulder the middle-order responsibilities. In the historic series win in India, the Victorian scored 236 runs in five games. He scored a hundred in Mohali, where the tourists scaled their highest ever chase in ODI cricket.

Handscomb had to face the axe on account of Steve Smith’s return to the side. The right-hander’s exclusion came as a significant disappointment. He has been Australia’s mainstay in the middle-order in their torrid times. With Carey not making any significant scores of late, Handscomb could’ve been handed over the gloves in the line-up.

Rishabh Pant Has Matured And Proved Himself: Wriddhiman Saha

Rishabh Pant Is An Exceptional Talent As He Scores 97 And 89 Not Out: Steve Smith