Royal Challengers Bangalore (RCB) kept their hopes alive in this eleventh edition of the Indian Premier League (IPL), as they beat Delhi Daredevils (DD) by five wickets – to claim two crucial points under their belt.

Meanwhile, Bangalore looked determined as their big guns performed when the team needed the most at Feroz Shah Kotla Stadium on Saturday (May 12) night.

Virat Kohli (70) and AB de Villiers (72*) stitched a 118-run partnership for the third-wicket – to take their team closer to the victory.

Moreover, some useful contribution, in the end, ensured Bangalore to keep their hopes alive.

Previously, Delhi once again banked on Rishabh Pant’s blistering knock to post 181 runs on the board.

Debutant Abhishek Sharma hammered the bowlers as he remained unbeaten on 46 runs from 19 balls to help Delhi post a challenging total.

As a result, RCB has now four wins from 11 games and will have to win their remaining games to give themselves a chance of qualifying.

Here is the players rating of the Royal Challengers Bangalore:

The wicketkeeper-batsman Parthiv Patel struggled to provide a good start to his team.

Meanwhile, Parthiv has a lot of experience behind his back and knows how to change the fate of the game.

The pocket-size dynamo will look to put some runs under his belt and provide his team with a good start.

Virat Kohli played a captain’s knock, however, failed to finish off the game. He played a blistering knock of 70 runs to take his team closer to the target.

The RCB skipper will want to continue this form going in the business end of this tournament.

The South African star AB de Villiers once again played an outstanding hand – to see his team through in a crucial encounter.

Classical de Villiers’ form will be important for the Royal Challengers in the upcoming encounters.

Mandeep Singh struggled to get his timing right as he failed to get going. The batsman from Punjab scored 13 runs from 14 deliveries before getting out.

However, he has contributed with useful scores and will look to continue doing so.

The all-rounder Mooen Ali from England was outstanding with the ball, however, failed with the bat.

Moeen went to open the innings but couldn’t provide a good start as he fell cheaply for a solitary run.

He will have to bring his superlative game in front to retain his spot in the playing XI.

Meanwhile, he has failed to score runs and will look to put some runs under his belt.

The all-rounder from New Zealand Colin de Grandhomme had a very minimal role to play in today’s game. Grandhomme bowled only one over giving away 12 runs.

RCB will want him to contribute to both the departments as the tournament approaches its business end. 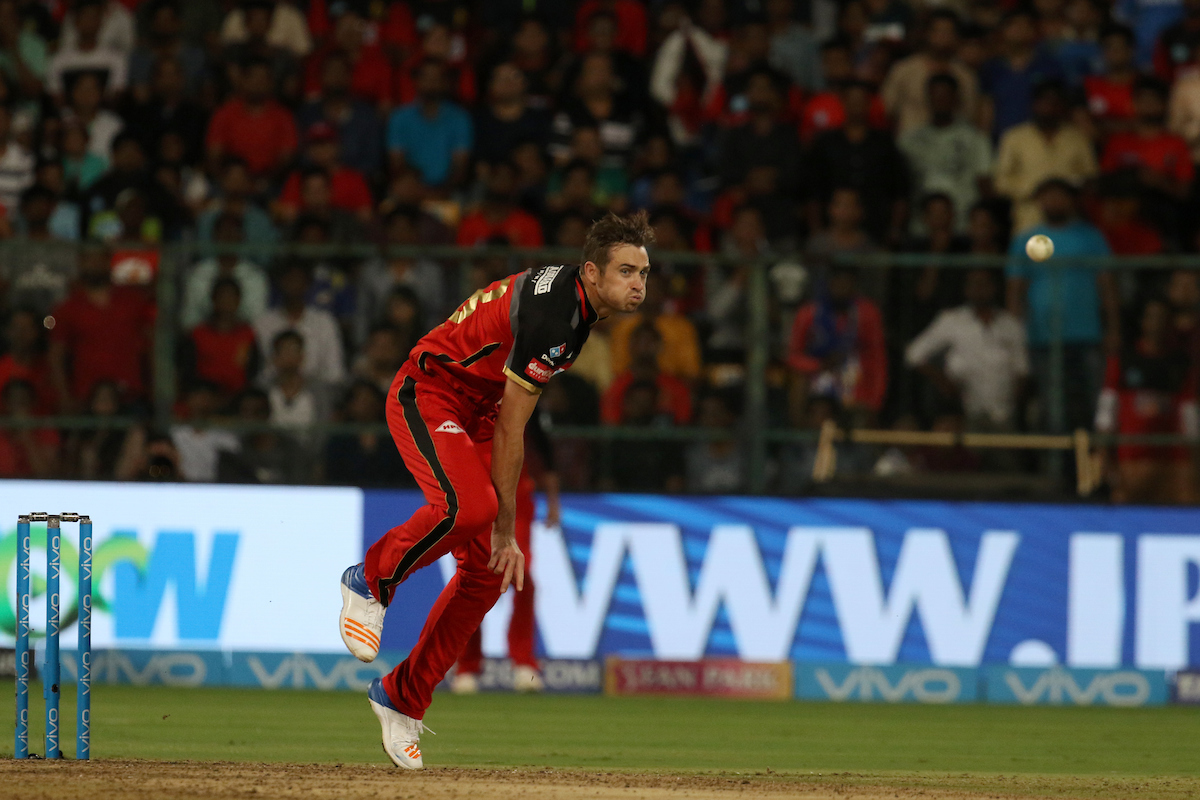 The seamer from New Zealand Tim Southee had a tough outing as he went for 41 runs.

Moreover, he has struggled to pick wickets which have hurt Bangalore’s cause.

Southee will be desperate to justify his selection in the playing XI.

Umesh Yadav has come out good in bits and pieces in this edition. He returned with none for 28 in his three and will look to improve in the next fixture.

Mohammad Siraj went for 46 runs in his full overs. He is just a shadow from his last season.

However, he will look to put his best game forward in the next game.

Considered as Bangalore’s match-winner, Yuzvendra Chahal‘s return will boost Kohli’s side. The leg-spinner returned with two for 28 in his four overs.

He will look to continue this form in the upcoming fixtures of Royal Challengers Bangalore.

Bowling Well To MS Dhoni Came As A Massive Boost For My Self Confidence: Tabraiz Shamsi