WWE NXT roster is filled up with bright talents, in every aspect. Most of them are a mine of pure wrestling talents where some of the female names also possess the so-called hotness quotient reminding us of the older era where they were used in eye-candy purposes. One of those names from the current NXT roster is Chelsea Green who is an original import from the Impact Wrestling promotion. 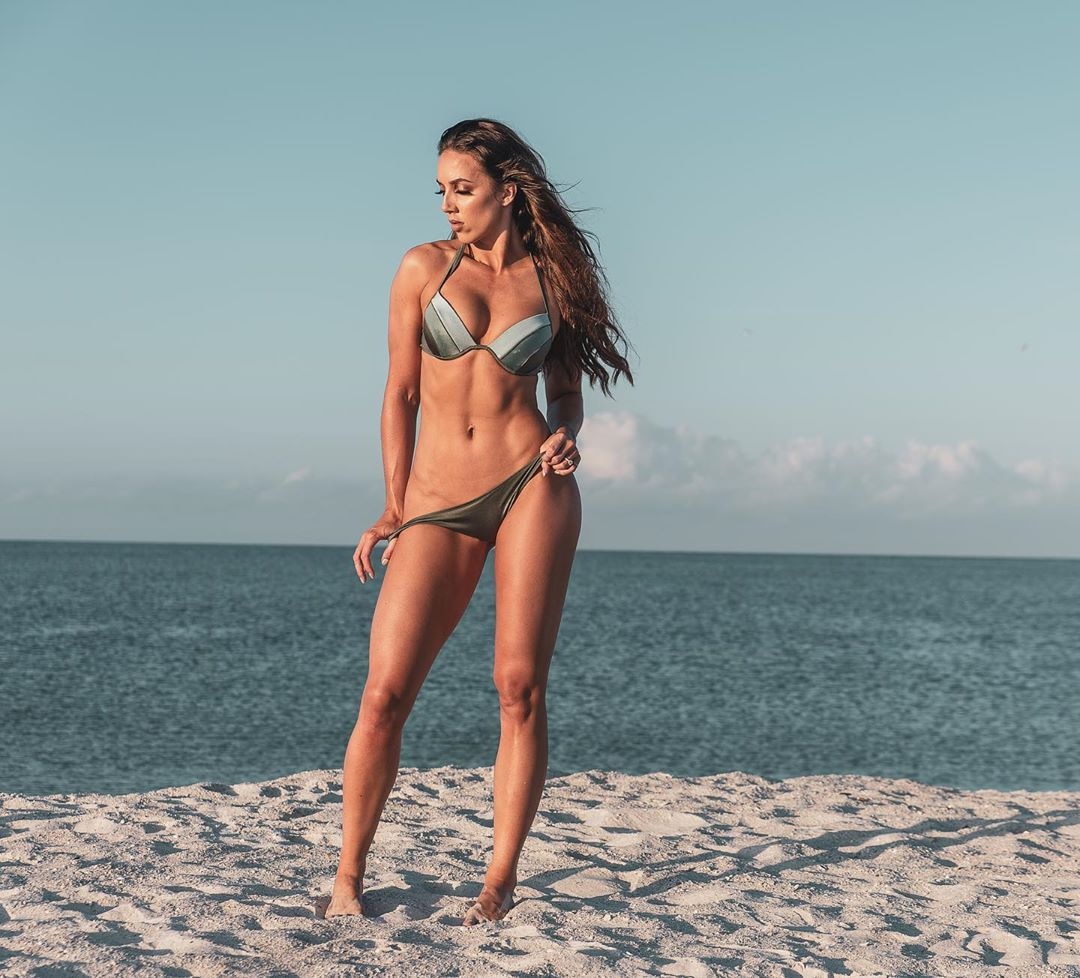 Chelsea Green debuted in the WWE back in October 2018, competing at an NXT Live Event In Largo, Florida. She is yet to be a regular name on the NXT contents but surrounding with a manager, her appearances her pretty amazing. We should note that WWE also made her compete in a match on Monday Night RAW in recent times. While the gorgeous name us trying to find success, fans are questioning why WWE is not bringing back the ‘hot mess’ gimmick from Impact TV which proved to be quite good.

Chelsea Green’s previous TV character Laurel Van Ness had become the ‘Hot Mess’ via a storyline angle in 2017 as she was ‘left at the altar’ by Braxton Sutter. This stint ended up being Green’s most successful during her Impact run. Van Ness won the Knockout division’s Championship back in December of 2017, by defeating Rosemary which is the biggest accolade of her career, to date.

While appearing in an interview with NotSam Wrestling podcast hosted by Sam Roberts, Chelsea Green predicted that Lauren Van Ness could eventually make a comeback in the WWE, at some point,

Chelsea Green also noted on her recent appearances on the main roster during Raw and the Women’s Royal Rumble 2020 matchup,

“I’ve been at NXT working day in and day out at the Performance Center. Waiting for this opportunity so to finally be given. Honestly, it was about time. I have pushed and kind of shoved my way to the top throughout my entire career, and NXT is no different.”

Hopefully, the bright talent with a killer body would finally get the recognition she deserves in due course. In real-life, this hot mess is the girlfriend of WWE Superstar Zack Ryder who might be closing in his career, soon.