Drew McIntyre will defend his WWE Championship against Dolph Ziggler at The Horror Show at WWE Extreme Rules, this Sunday. It will be the overall fifth occasion that he will be putting the title on the line. There will be a stipulation reserved for the match that will be picked by the challenger. He’ll reveal it right before the match begins.

With the WWE championship hanging in the balance, Drew McIntyre attempts to solidify his legacy as a strong titleholder. Dolph Ziggler, on the other hand, will try to prove how the champion owes his success to him. He will also attempt to finally win the prime gold in the WWE coming out of the mid-card scenario that he’s been stuck into for several years now.

As seen on Sky Bet, the betting odds for Drew McIntyre vs Dolph Ziggler at WWE Extreme Rules have been disclosed. Going by the odds, the odds, it is very much clear that there isn’t much hope for the show-off to reclaim the gold.

He is an underdog having 8/1 odds whereas, on the flip side, the champion is the undoubted favorite with 1/20 odds to secure the victory and retain his title.

Fans of Dolph Ziggler may get upset with this, but at this point, WWE can’t afford a championship switch with SummerSlam looming around within a few weeks. The backstory of the current rivals has been great but Drew McIntyre is all set to enter the main event of SummerSlam as the champion.

Meanwhile, Ziggler has said that the stipulation at Extreme Rules will be ‘Never Seen Before‘. However, it very well could turn out to be a Tables, Ladders, and Chairs match. An advertisement on Facebook is doing round promoting the match which has the above-mentioned stipulation. You can have a look at the poster as given below. 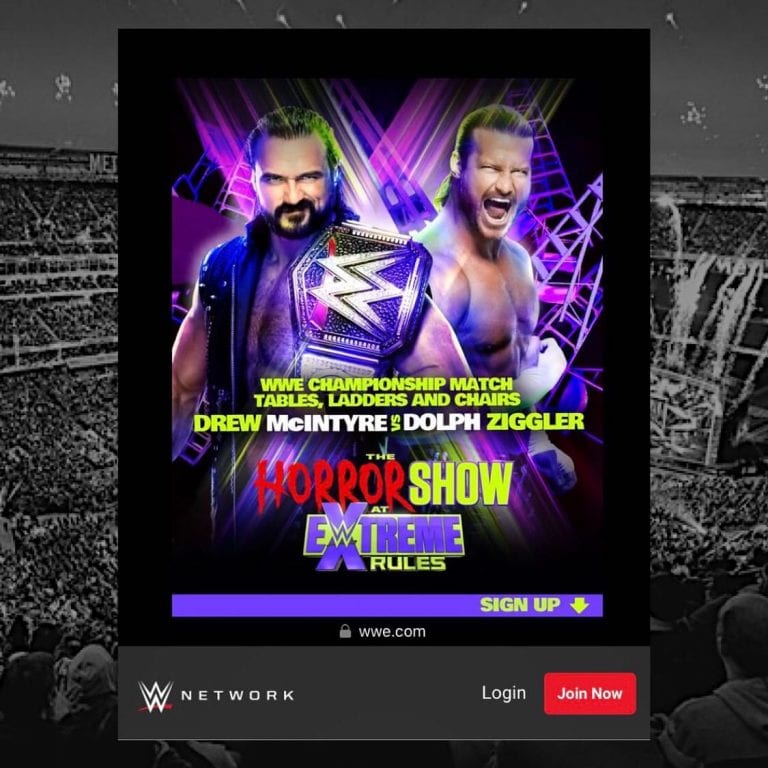 We can’t confirm for sure whether WWE is indeed going with the same stipulation at Extreme Rules for Drew McIntyre vs Dolph Ziggler. Sometimes, they put out false advertisements to swerve the fans which also generates interest and curiosity for the matches. So there’s a fair chance that it might not be a TLC match, in the end.