Legendary JBL To Be Inducted To WWE Hall Of Fame 2020

Rumors continue to come up regarding the most prestigious night of the year in the WWE that will be hosted during the WrestleMania weekend. WrestlingINC.com exclusively reported the legendary JBL is scheduled to go into the WWE Hall of Fame during the ceremony set in April. It’s yet to be confirmed when the induction will be officially announced by the WWE.

JBL aka John Bradshaw Layfield is a bonafide first-ballot Hall of Famer through his accolades achieved during his WWE tenure. He is a former WWE Champion, who held the belt he for a record 280 days to be the longest-reigning champion in SmackDown history. (Later John Cena broke the record and now AJ Styles holds the same) He has also captured the WWE Intercontinental Championship, as well as the WWF Tag Team Championships, three times with Ron Simmons.

Simmons and JBL have formed one of the greatest tag teams in the history of the WWE named APA. The destructive force will also go into the Hall of Fame club, someday. JBL retired from in-ring competition following WrestleMania XXV in 2009 after suffering a squash loss against Rey Mysterio. Thereafter, he used to make occasional appearances for the WWE before transitioning into a commentator.

The commentary stint continued for JBL until he announced in September of 2017 that he was stepping down from the role. For the first time in a decade, he went away from the WWE to get involved more in his humanitarian work for at-risk youth and communities in Bermuda. 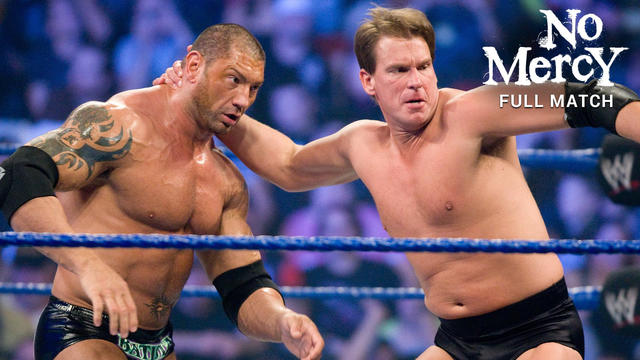 His charity work is well appreciated within the pro-wrestling circuit. Previously, the Texas resident was seen involved in campaigns like Make A Wish or Be A Star to raise awareness among the youth.

JBL made one last appearance on WWE TV at the 2018 WWE Tribute to the Troops event working on the commentary table. He was present during the show to support the noble cause. We expect to see him, next, at the Hall of Fame 2020 event.

So far WWE has confirmed Batista and nWo (Hulk Hogan, Kevin Nash, Scott Hall, Sean Waltman) who will be inducted to the 2020 Hall of Fame. The British Bulldog, The Bella Twins, and Jushin Thunder Liger are also being rumored for the 2020 Class. The next WWE Hall of Fame induction ceremony is scheduled to happen on Thursday, April 2nd at the Amalie Arena in Tampa, Florida.