Lana To Enter A New Angle WIth Natalya On Monday Night Raw?

Lana had a terrible Monday Night Raw his week. She received a divorce request from on-screen husband Bobby Lashley. Afterward, she tried to tease the possibility of getting together with the WWE Champion Drew McIntyre saying he could go to bed with him instead of Lashley. But the Scottish Psychopath shut down this possibility with a savage remark.

“First of all, I’m married. Second, I’d rather crawl through a mile of sewage with open wounds than entertain the thought of you….Stay in your lane #WWERaw,” McIntyre commented. 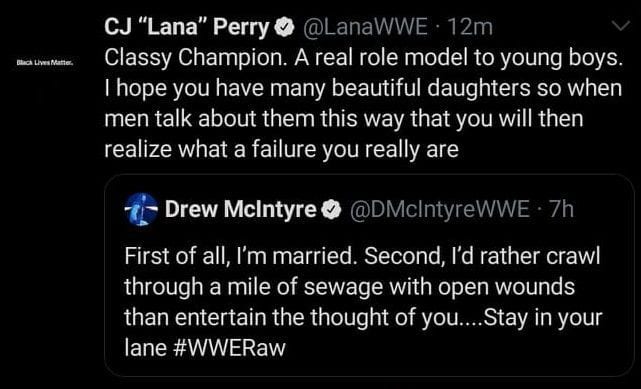 The Ravishing Russian saw these comments and wasn’t impressed, for obvious. She sarcastically called him “a real role model to young boys” and hoped that McIntyre might have a lot of beautiful daughters so that he can see people talk about them like he did about Lana. The tweet was later deleted but some fans took a screenshot of the same. 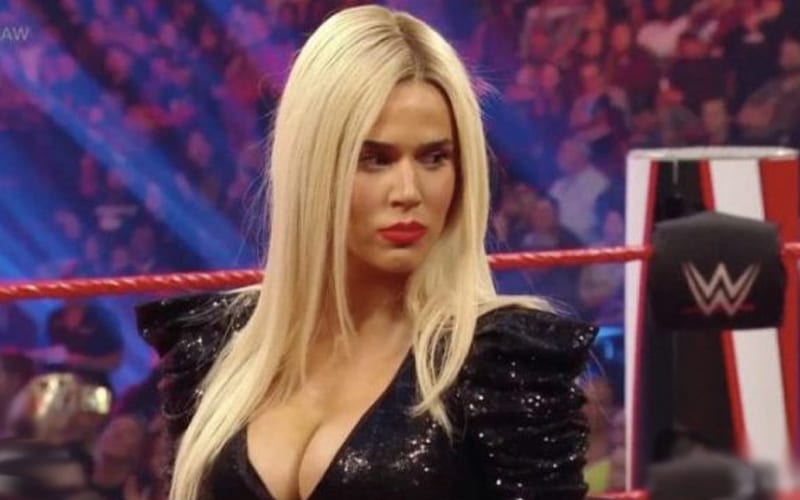 It seems like WWE may intend to present Lana as a modern-day version of Sable, lately. But the sad part is the smoke may not have enough flame backing it up. Chances are high that Lashley will soon be splitting up with the Ravishing Russian and WWE may move forward with a new storyline between Lana and Natalya.

After Bobby Lashley stated on this week’s RAW that he wants a divorce from his on-screen wife Lana, the blow-off to their storyline was presented. Moments after that, Natalya continued her recent frustration angle following the loss against The IIconics alongside Liv Morgan. WWE aired backstage segment featured Lana and Natalya bonding over their personal life troubles.

Natalya also tweeted out after the show and wrote, “I appreciate you, @LanaWWE”

Lana has not commented on this new angle, yet as we expect this one to develop in weeks to follow. She has been playing the role of Lashley since getting split from real-life husband and former WWE Superstar Rusev in a kayfabe manner, last year.

Apparently, she will now be detached from Lashley whereas WWE has already shown that Natalya is also having trouble with husband TJ Wilson. They’d be giving shoulders to each other potentially to form a tag team. This could also mark the in-ring return for Lana after a long hiatus.

WWE’s Ravishing Russian Lana Is Mad At MVP As He Doesn’t Know About Tiktok!