WWE billed Backlash 2020 main event match between Randy Orton and Hall of Famer Edge at Backlash as “The Greatest Wrestling Match Ever” to receive some polarizing feedback.

But the belief is that Shawn Michaels and The Undertaker should have received that spotlight. The majority of the fans do believe that another match deserves that honor from WrestleMania 26 where the two icons created pure magic. The Streak vs  Career match also marked the end for Michaels’ in-ring career. 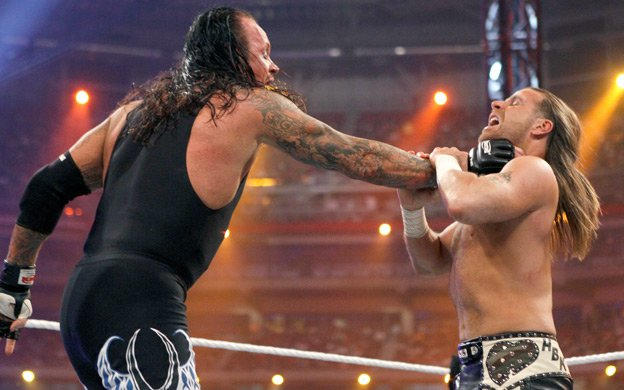 It’s an instant classic in the history of WWE which many of the fans see that as the benchmark performance in pro-wrestling. The Undertaker stood victorious on that night finishing the career of Shawn Michaels unless we count that one-off return in 2018 Crown Jewel PPV in Saudi Arabia.

This was a dramatic end to the match in the finishing sequences when Taker was about to finish off Shawn Michaels. HBK gave a throat-slash signal of his own and then slapped a to the face of Undertaker. The Deadman then responded with the third jumping Tombstone Piledriver to pin Shawn and thus end his career.

Shawn Michaels discussed in an interview with Bleacher Report on how they wanted to do something special to have a proper send-off to his TV character. It was a memorable ending that made us remember a moment from Michaels vs. Flair retirement match at WrestleMania 24. HBK mouthed, “I’m sorry. I love you” before Super-kicking Flair and end his career.

“We were just trying to think of something for the end. You sort of think to yourself, like, ‘OK, so this isn’t the, ‘I love you’ moment, but we need something here. What is that?’ And again I don’t know. I can’t recall,” said Michaels. “I’ll give Michael Hayes the props cause I think it was him, but he just said, ‘The end should be one last act of defiance for Shawn Michaels. A slap in the face.'”

The original plan for Michaels’ retirement was to arrange a retirement tour that would take place after WrestleMania 36. It could have been similar to pro athletes like Kobe Bryant and Derek Jeter have had where Michaels where they have had a final match in all the major cities they performed, throughout their career.

It would allow the fans from those cities to give a proper sendoff to Shawn Michaels, but HBK felt that nothing would top the WrestleMania match he had and so he canceled those plans.

“After that match, myself and Taker and Michael Hayes were doing what we did the year before too, sitting in a room by ourselves with a shot of Jack Daniels,” Michaels said. “I told them, ‘You know what? That might be the one to end it all. I don’t think I’m going to do that other thing.’ And Michael said, ‘I agree.’ And so I just sort of decided right there that was going to be it.”