Stephanie McMahon has been a part of several WrestleMania moments, over the years. Mostly, through the past few years, she appeared as a valet to walk her husband Triple H to the ring. But back in 2018, she actually took part in a mixed tag team match. It was a memorable moment for the fans as Ronda Rousey made her in-ring debut but there’s an additional reason to remember the match.

Triple H and Stephanie McMahon teamed up on that night at WrestleMania 34 against the team of WWE Hall of Famer Kurt Angle and Ronda Rousey. Triple H’s WrestleMania entrances have always been special on the grandest stage. But this one has a motorcycle entrance was even more special.

Unlike the other WrestleManias, Stephanie McMahon was riding in her own motorcycle through the ramp alongside The Game. She also performed the iconic water-spitting stunt.

In a recent video post on WWE YouTube channel, Stephanie McMahon watched her WrestleMania 34 entrance and shared some of the memories from that incredible night. She revealed how Triple H told her on the day of the show that he wanted her to take part in his water-splitting spot while standing on the ring apron.

This made Stephanie McMahon nervous as she didn’t do it before. Additionally, she had to learn how to ride a bike just before that match which gave her adrenaline rush while heading to the ring.

“It was the day of the show and he tells me he wants me to do the water spit with him — do Triple H’s water spit as part of the entrance. I was almost more nervous from that from riding the motorcycle that I had just learned to ride.”

“To be able to have that moment, especially with him it was something really magical. It is a privilege to be a part of WrestleMania to begin with. To be part of it with [Triple H] and to be a part of Ronda’s first match it was one of the most incredible moments of my entire career,” Stephanie McMahon recalled. (Quotes courtesy ringsidenews.com) 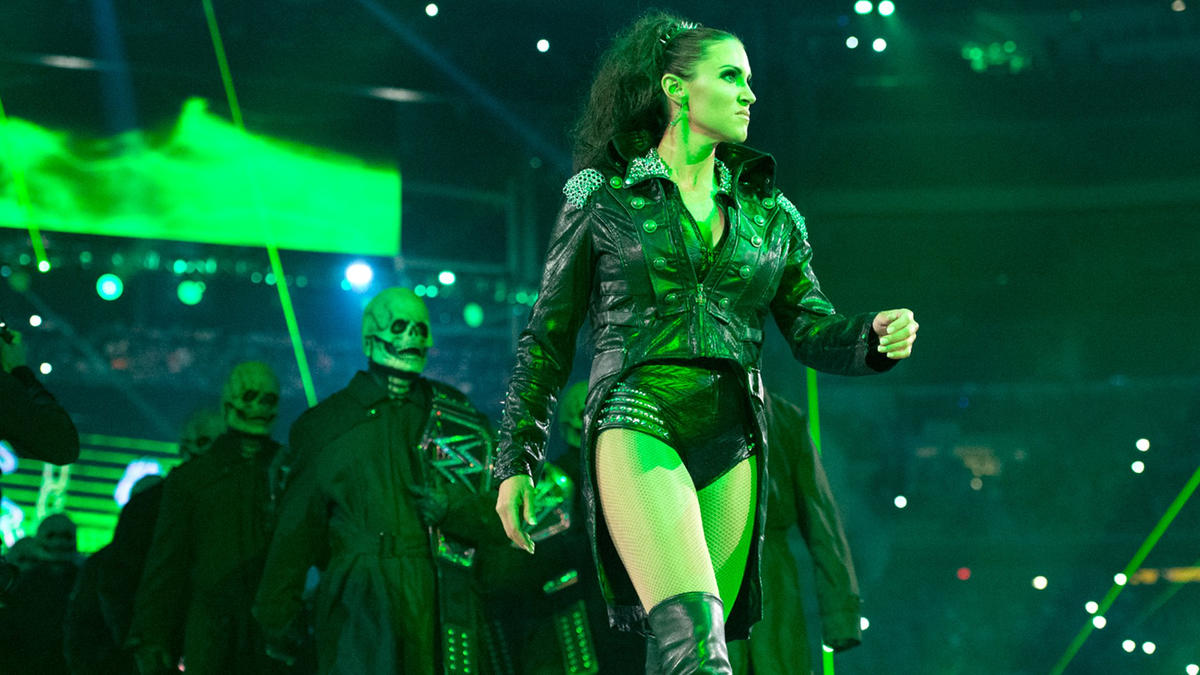 Stephanie McMahon pulled off the given tasks, pretty well. One-half of WWE RAW tag team champions, Montez Ford also watched the clip as part of the video and mentioned, “that may be the best WrestleMania entrance of all time.” That very well might have been but the billion-dollar princess had a tough time once the match began since Ronda Rousey literally tore her apart.