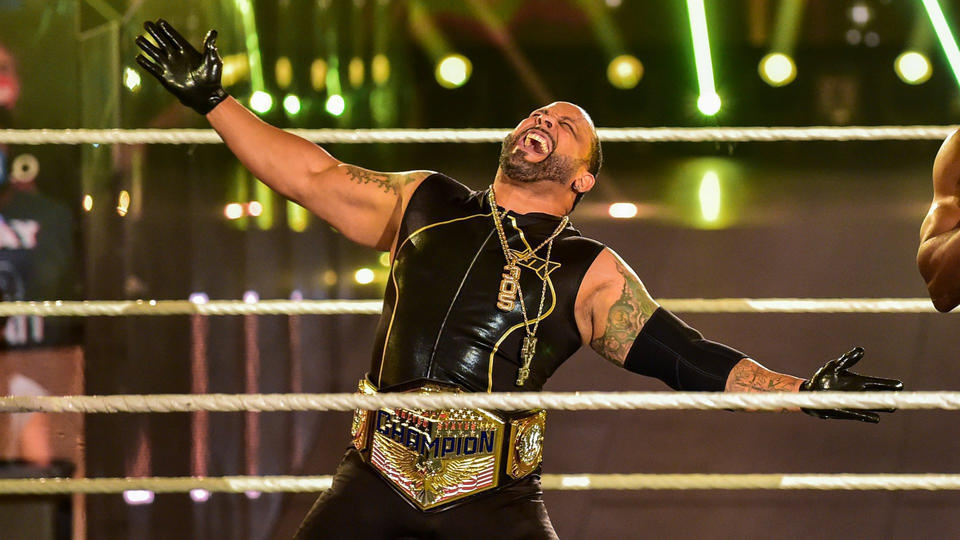 This match never took place as Apollo Crews didn’t show up due to injury. MVP announced himself to be the new champion via forfeit before exiting the ring at Extreme Rules.

Eye For An Eye Match
Rey Mysterio vs. Seth Rollins

Rey Mysterio injured Rollins’ eyes using a Kendo stick. He followed up with a 619 and a Stomp to put Rollins down and went to extract his eyes using the steel ring steps. Rollins somehow stopped and pushed Rey into the barrier to take advantage. He hit Rey with a Stomp into the floor and then put his eye into the edge of the step as blood came out. The referee declared Rollins as the winner of this Extreme Rules whereas Mysterio received medical attention.

Bayley was present at ringside during this match and dropped Sane with a Bayley-to-belly. The distraction prohibited the referee when Banks tapped out to the Asuka Lock. Asuka spread green mist which Banks ducked and the referee took the most of it. Bayley dropped Asuka from the back and wore the referee t-shirt to count the pinfall for Banks who became the new Raw Women’s Champion at Extreme Rules.

Is this really happening?!@itsBayleyWWE just took the referee's shirt and counted the 1️⃣-2️⃣-3️⃣ for @SashaBanksWWE!