WWE Summerslam is scheduled to take place at the TD Garden in Boston, Massachusettes on August 23rd. Amid the coronavirus pandemic, this still remains as the plan only as there’s no surety of whether the event can take place or not.

There have been a lot of changes in the WWE schedule over the past several weeks starting from the WrestleMania 36 season and the uncertainties prevail on Summerslam, too.

Ticket Drew, an insider source from ticket-selling business informed that WWE is still eyeing Boston on August 23rd to host Summerslam. But they do have backup plans intact in case the host city is unable to present the show. He didn’t reveal the alternative locations, but more information should be available in due course. 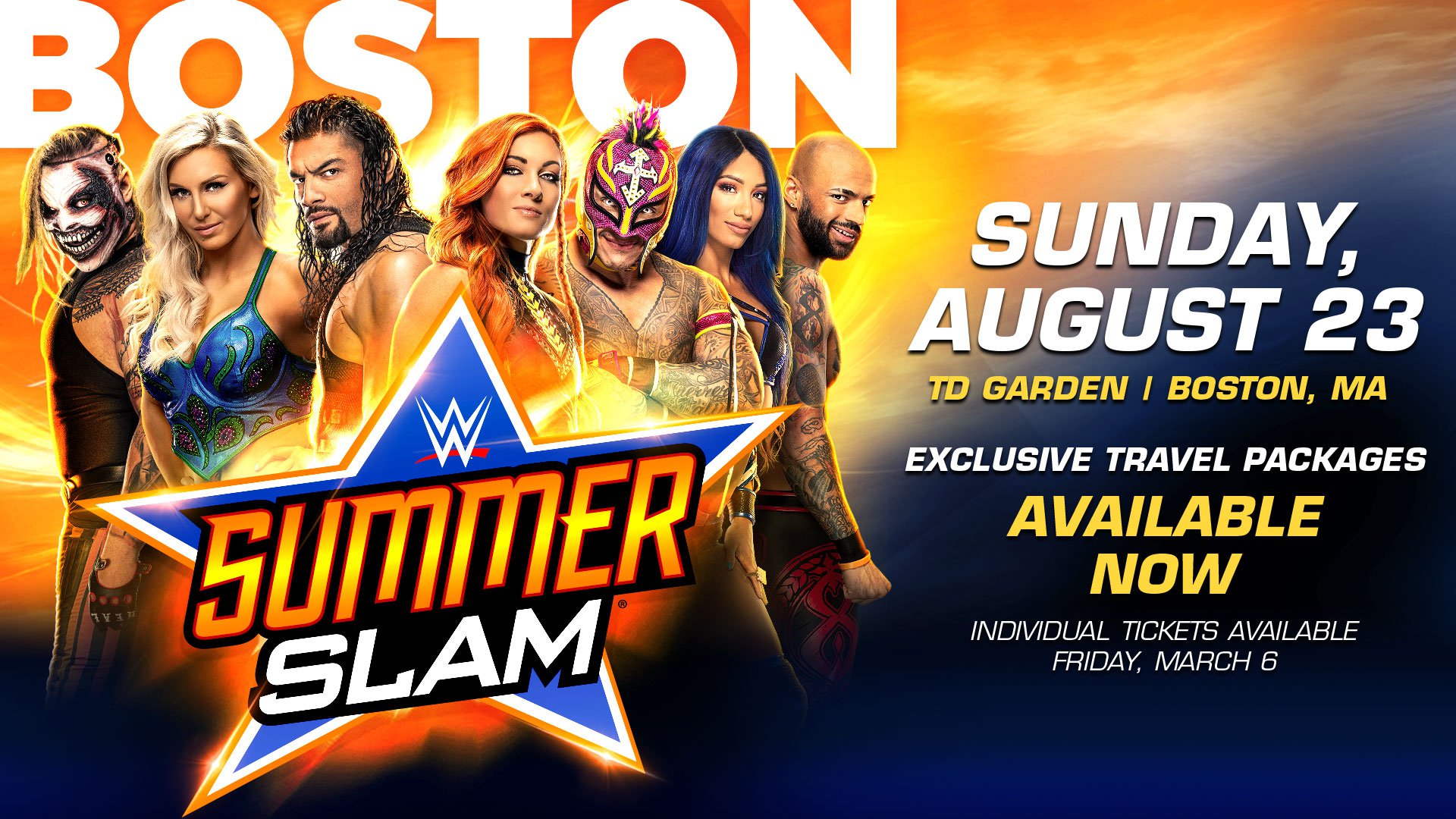 “To elaborate a little further Boston is the plan, there are back-ups if needed. Again all speculation but Summer Slam is a go. I’ll have more on Monday’s episode of @PWR360 Prime Time Live on @FiteTV.”

To elaborate a little further Boston is the plan, there is back ups if needed. Again all speculation but Summer Slam is a go. I’ll have more on Monday’s episode of @PWR360 Prime Time Live on @FiteTV. @DavidHerro @DameonNelson

WWE is a company that’s invested more in ticket-selling and live event businesses and hence they won’t want the biggest party of the summer would be canceled.

Summerslam is one of the huge entertainment shows around the globe which gathers thousands of fans across the world which benefits the economy of the host city as well as brings big revenue to WWE, itself. So, Vince McMahon surely doesn’t want to let all of those go away from hand.

Already, the cancellation of WrestleMania 36 affected WWE funds in a big way that forced the company to get a budget cut.

As a result, more than fifty employees have lost their jobs in mid-April. WWE wouldn’t certainly want to get the situation deteriorated. Organizing Summerslam, as per schedule seems the bigger task for the company officials as we go through the unusual 2020 summer.

It should be noted that if SummerSlam gets canceled then WWE would have to cancel two out of the four Big 4 pay-per-views (WrestleMania, SummerSlam, Survivor Series, and Royal Rumble) in 2020.

It is definitely not the right way to kick-off a decade and WWE would wait until the last moment to make the show a reality where fans could be in attendance. Until then, the closed-set WWE Performance Center will take care of the forthcoming show tapings.