Last night’s SmackDown went live with a Champion vs Champion main event in-store from the women’s division. The Intercontinental Championship Tournament continued with two solid matches including a cross-brand affair. Also, the much-anticipated mixed tag team match took place where Otis and Mandy teamed up as SmackDown went down from the WWE Performance Center in Orlando, Florida. Here are the results,

SmackDown opened with an edition of The Dirt Sheet with John Morrison and The Miz. Braun Strowman was the special guest for the hosts, who were willing to talk about the Bray Wyatt and his puppets. A few verbal exchanges then set up the opening match of the night between Strowman and The Miz.

Strowman blocked a DDT from The Miz and splashed him in the corner. He shoved off Morrison from the ring and hit the Running Powerslam to get the pinfall win on Miz. After the match, Morrison took the mic and challenged Strowman to a Handicap Match for Universal title at Backlash. The champion accepted to make the match official for the pay-per-view event.

Intercontinental Title Tournament Match was next on SmackDown between AJ Styles and Shinsuke Nakamura. Styles dodged a Kinshasa attempt and rolled up Nakamura for a two-count. Nakamura had a triangle lock applied to which Styles countered with a modified Styles Clash. He then connected with a Phenomenal Foreman for the win. He will now face Elias in the second round.

In his return to #SmackDown, @AJStylesOrg ADVANCES in the #ICTitle tournament! pic.twitter.com/AOT2jzPQqB 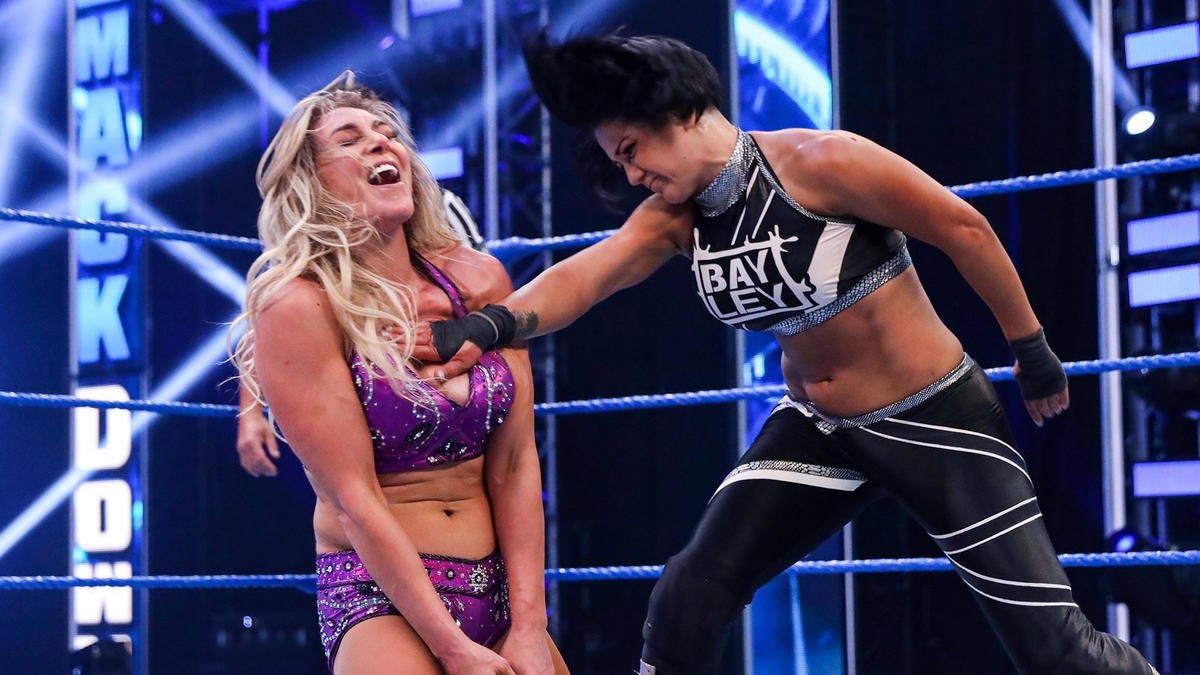 WWE NXT Women’s Champion Charlotte Flair vs. SmackDown Women’s Champion Bayley took place, next. Bayley didn’t want Sasha Banks in her corner as she wanted to defeat Flair on her own. She connected with a big elbow drop but Flair kicked out in time. Bayley mocked Flair trying to lock in the Figure Four but Flair countered with some chops. Bayley kicked Flair to the head and rolled her up with holding on to the ropes to get the victory. 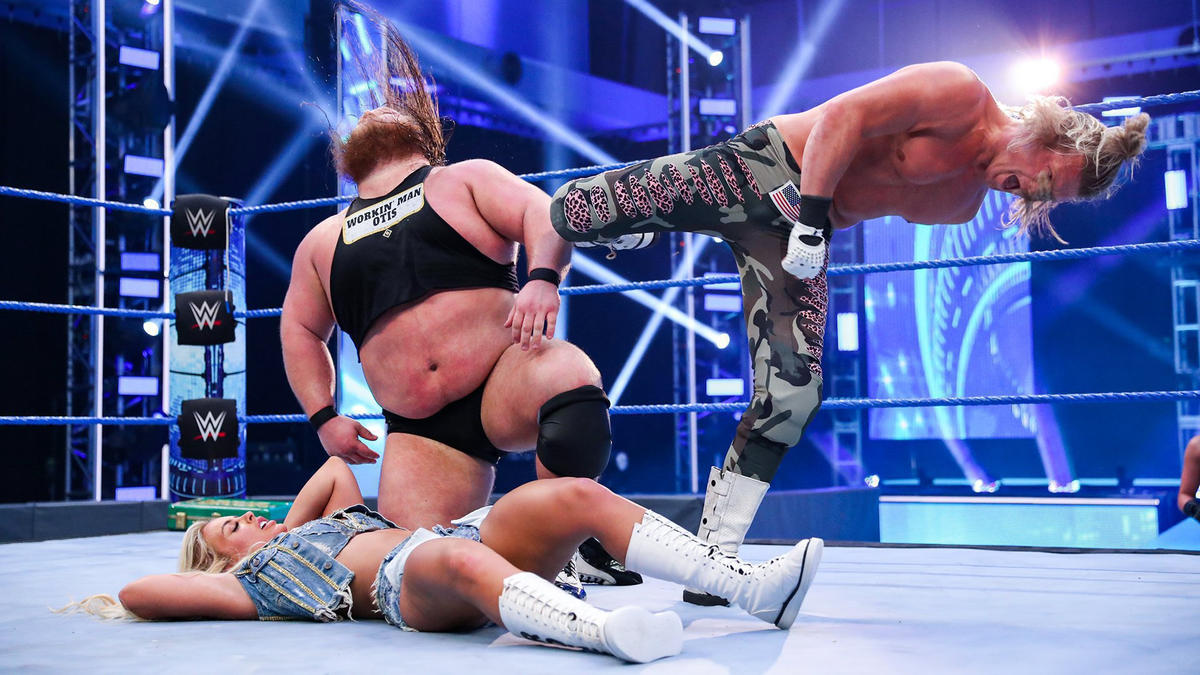 Sonya Deville and Dolph Ziggler vs. Mandy Rose and Otis, was next on SmackDown where Sonya Deville controlled the match for the early part. Rose gave a jawbreaker followed by a kick to Deville and tag in Otis who manhandled Ziggler.

Deville quickly tagged back in only to run into a series of clotheslines from Rose. But Rose misses double underhook move as Deville gave him two knees back to the head of Rose for the win. After the match, Ziggler Superkicked Otis to leave him down.

Jeff went for a Swanton Bomb but Sheamus raised his knees up to counter. Sheamus went for a Brogue Kick but Jeff ducked and rolled him up to get the win. Hardy will now face Daniel Bryan in the second round of the tournament.