It’s unfortunate how a talented star like Carmella has been lost in the shuffle on Smackdown for the past couple of months. Despite there’s been limited competition among the female talents in the absence of bigger star attractions like Becky Lynch or Charlotte Flair, WWE didn’t make efforts to bring back the Princess of Staten Island, at all. As a result, she’s using social media to stay in the conversation.

In one of the latest posts from the Instagram account of Carmella, she shared two different pictures of herself. Both of them are extremely sensuous although she’s been seen sporting two different looks. In the first one of the pictures, she appeared in blonde avatar whereas, in the second one, she’s portraying her current black hair, throwing the question to her fans which look is better.

Peyton Royce from WWE Raw gave an interesting answer to the question revealing Carmella herself loves her current black hair, “I love your blonde but I’m always obsessed with your dark hair! On. Another. Level. Hunny.”

For those who have been following Carmella’s career, she debuted with the blonde look that was also with her at NXT. As time progressed, she started donning the black hair that presented her in a totally different look on Smackdown, in recent times.

There have been some rumors that Carmella perhaps has been dealing with coronavirus situation after getting tested positive with it. However, that was never accepted by her or the WWE. At this point, she is spending time with boyfriend Corey Graves in quarantine who is attending Friday Night Smackdown tapings, regularly. 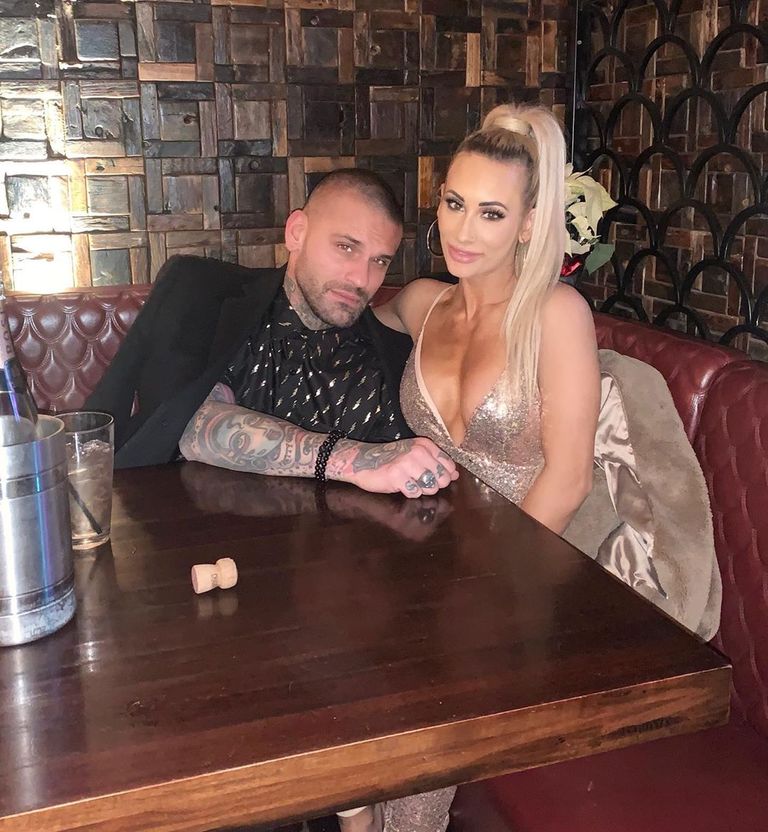 Meanwhile, the couple intends to give their fans a deeper look into their relationship with new podcast Bare With Us. The open and honest podcast would see Carmella (Leah Van Dale) and Corey Graves (Matt Polinsky) discussing some relationship issues that most of the couples could find uncomfortable to discuss with. They’d be more of their off-screen WWE characters in on this show.

While speaking with Digital Spy, Graves informed how they came up with the podcast idea.

“We were just bored and we had nothing to do to occupy our time. It kind of came across as a half-joking idea and we started doing the Instagram Lives just as literally something to occupy our time. We had no aspirations or any goals. It was just something for us to do to keep ourselves busy and it kind of evolved over several weeks and months into the podcast.”