It’s the 4th Of July which means there’ll be fireworks, BBQ, and patriotic swimsuit photos all around the United States of America. It’s mid-summer time which is the favorite time of the year for WWE superstars to mesmerize the fans with stunning bikini snaps. A number of WWE superstars showed up on social media to make a splash.

Mandy Rose posted a photo of herself in a monokini that had the theme of red, white, and blue. It has an interesting caption with it “Running away from 2020 like… HAPPY 4th everyone! Be safe out there!” This is definitely not the first time that Rose posted Happy 4th of July pictures on her social media account. So we wonder whether these are clicks from the past.

WWE NXT Superstar and one of the gorgeous names from the roster, Scarlett also wanted to make sure how much she loves the United States. So she also took her Instagram account to drop a shot in a two-piece attire that appeared to be a special attire on the occasion of the 4th Of July.

While celebrating America’s Independence Day, Scarlett dropped a new photo in a red, white, and blue bikini. The camera loves her as you can see going through her Instagram and this picture was no different. Scarlett was also seen holding a single sparkler in her hand to complete her looks. It appears that she is fully ready to celebrate the 4th of July.

When it comes to a celebration in bikini attires in WWE, you can’t exclude the name of Chelsea Green who appears to be a specialist in this trade. She is all set to make a big name for herself in WWE while patiently waiting to have the main roster call-up.

In the spare time, she is mostly seen in jaw-dropping bikini swimsuits and she had to be seen in a newer one on the occasion of the 4th of July.

The former Hot Mess gimmicked wrestler from Impact Wrestling dropped an American flag-themed swimsuit photo that has the caption of “Happy 4th of July”. Despite being a Canadian, she’s a resident of America who has all the love for the country. 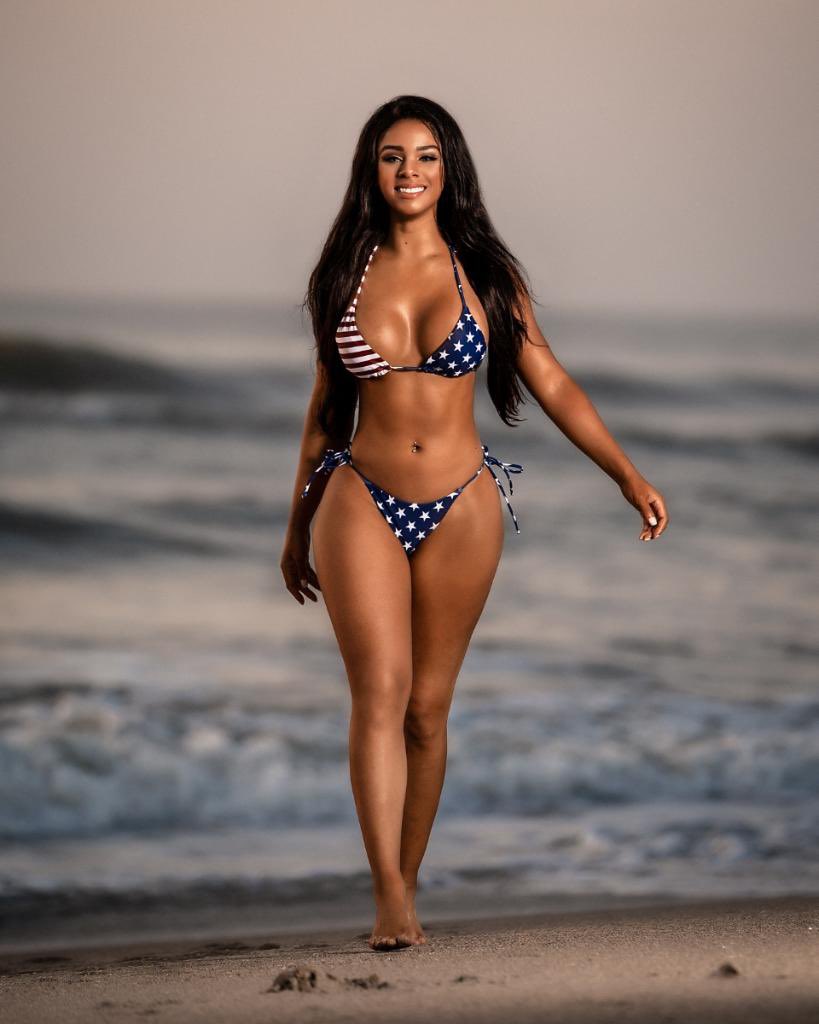 Apart from these WWE superstars, Drake Maverick’s wife Renee Michelle has got along with the holiday mood while wishing everyone a Happy 4th of July in a skimpy outfit.