On this past episode of SmackDown, we have received a main-event match featuring the women superstars. Carmella won this big fatal 4-way match defeating Alexa Bliss, Naomi, and Dana Brooke to pull off a pleasant surprise. It ensured that Carmella will be getting a shot to the SmackDown Women’s Championship, in due course. Carmella is next in line for the title possessed by Bayley and will get her shot at this upcoming episode of SmackDown. 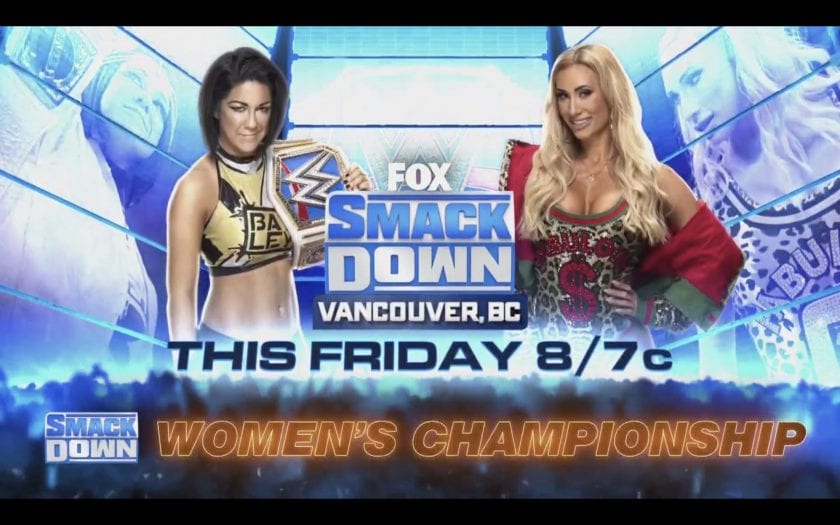 WWE has confirmed nothing about this match taking place in Saudi Arabia from the SmackDown side. But they did post a graphic prior to the show where it was noted that the winner of the scheduled Fatal 4 Way match will face Bayley at Super ShowDown 2020. It keeps the fans on their toes as another historic match featuring the women superstars could be in the works on February 27th.

With that being said, we might be getting Bayley vs. Carmella for the SmackDown Women’s Championship included at Saudi Arabia’s Super ShowDown 2020 event. Carmella won the qualifying match by pinning Naomi and thus may be getting ready to compete in the second-ever Women’s matchup to take place in the middle east country.

At WWE Crown Jewel 2019 in November, we have seen the first-ever Women’s Division match in Saudi Arabia, where Natalya defeated Lacey Evans. This created a lot of buzz around the pro-wrestling industry as well as the mainstream media who covered the news as women were allowed to compete in front of a live audience in a conservative country like Saudi.

WWE is looking forward to gaining more such attention by scheduling a second such match in the show set to take place by the end of this month.

Reports were previously out predicting that women superstars will now be able to take part in every Saudi Arabia pay-per-view. Those are likely to become true with the current setup on SmackDown. The upcoming WWE Super ShowDown 2020 pay-per-view on February 27 indeed has a strong chance to host an exceptional match over the SmackDown Women’s Championship.

The current match-card for the upcoming PPV event stands as follows, for now,