Bad Bunny is doing headlines all around the WWE Universe for a reason. His appearance at Royal Rumble drew big attention from the mainstream media and this could be the reason WWE might just start to use him more in the upcoming days leading up to WrestleMania 37. Now some sort of controversies has been brewing with him through a social media post.

Randy Orton and his wife Kim Marie posted a picture snap a shot with Bad Bunny. They certainly didn’t expect Braun Strowman to come up with a reply that would stir up more conversations on that post. The Monster Among Men replied to Orton’s Instagram photo by saying: “13%” That immediately outraged a portion of the fanbase. 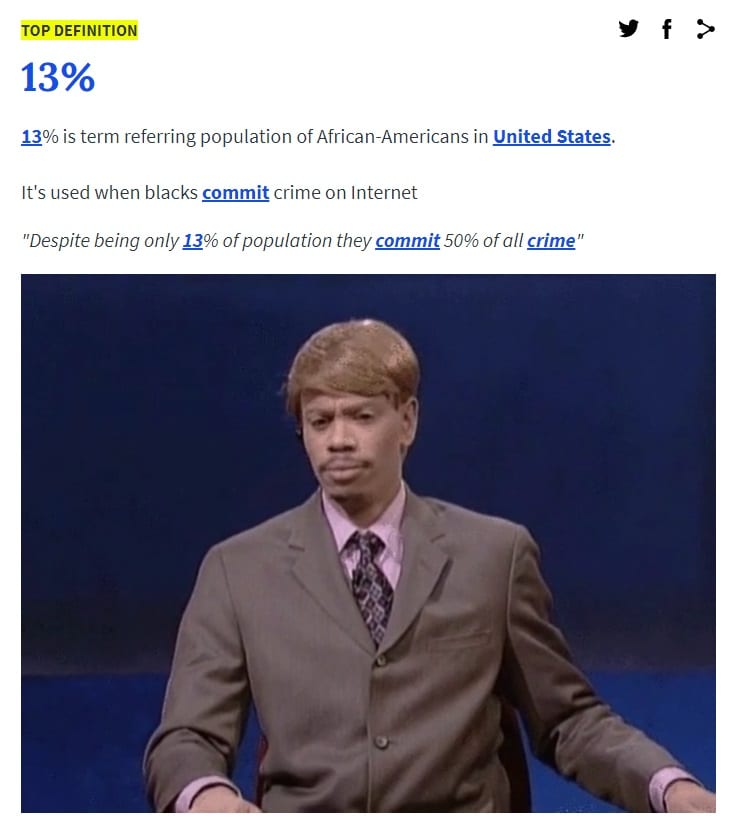 According to Urban Dictionary, “13%” is the percentage of the population in the United States are African American. Via online, this percentage is also mentioned when a crime is committed by an African American. Basically, some of the people thought that the former WWE Universal Champion was taking an indirect shot towards Bad Bunny.

Fans have since been calling out Strowman for posting such type of comments while one fan asked him to deliver a possible explanation and defend himself. Then Randy Orton tweeted 14% after Braun said 13. Apparently, both Orton and Strowman were talking about more than 13 percent body fat, it seems which didn’t have any connection with racism. They’ve certainly not gone after Bad Bunny, for sure.

“Go look it up. They are clearly talking about body fat percentage or something of the sort. Not every damn thing is racist, folks!” one fan wrote. 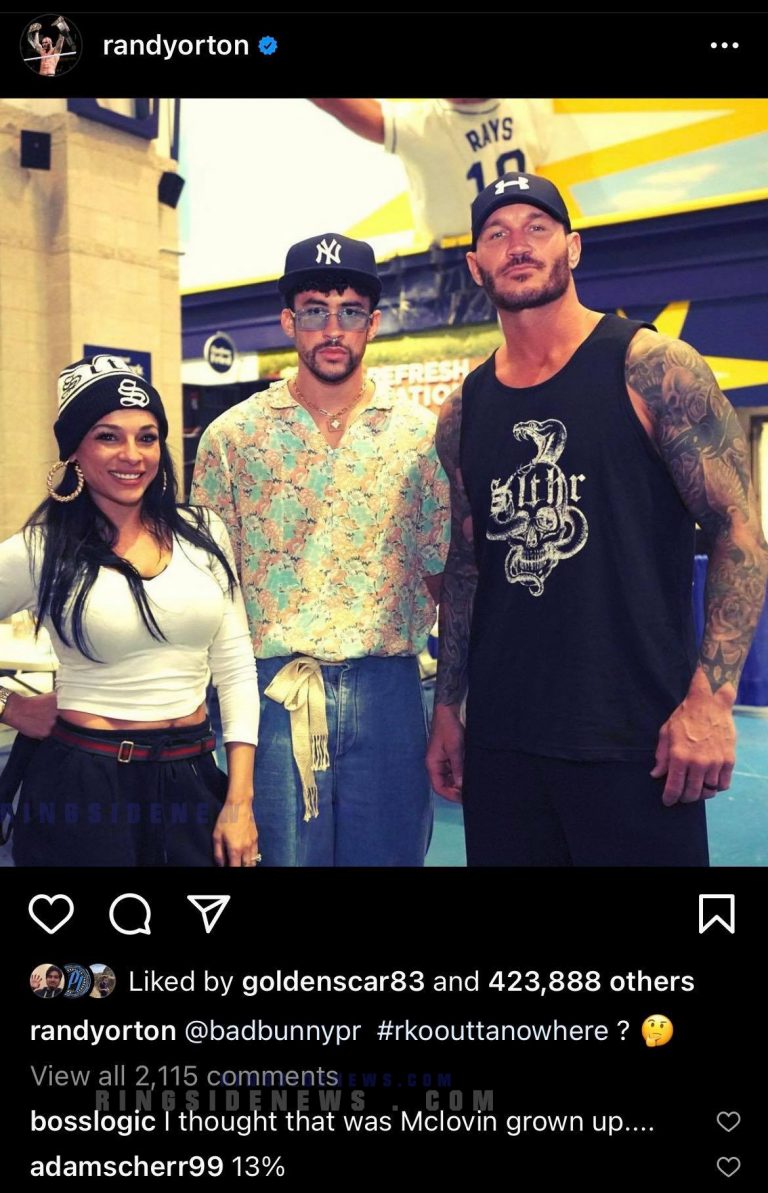 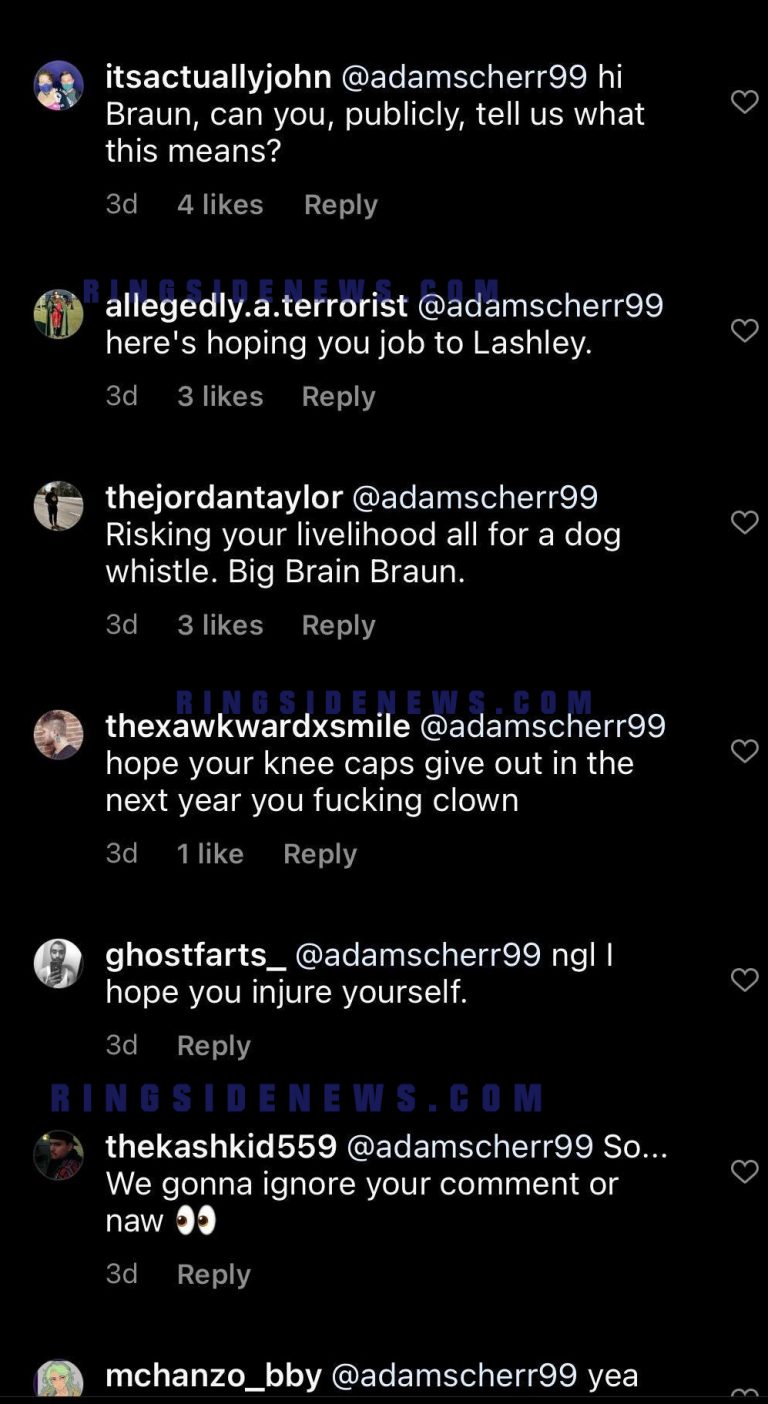 Randy Orton is a 14-time world champion in the WWE and so he just might be indicating to himself, only. As provided in a screenshot by Ringside News, you can check out how some of the fans commented below the tweet.

All the time, Braun Strowman has remained silent and didn’t offer any kind of explanation that the fans have been expecting. So we can only assume what he was talking about. But he wouldn’t want to take a shot at Bad Bunny especially with skin color as he could face serious consequences about it from WWE.

Meanwhile, Bad Bunny has sold out all of his merchandise in WWE’s shop in a quick fashion proving himself to be the top-most merchandise seller of 2021. He’s a big draw where he could get new eyes to the WWE product. His appearances would probably make more headlines in the entertainment space which WWE wants on the road to WrestleMania 37.

At present, the plan is for Damian Priest to team up with The Rapper to take on The Miz and John Morrison at the Show of Shows as WWE expects to get a ton of eyeballs through this match.

Ric Flair On His Relationship With Bad Bunny