WWE has confirmed a fine of $100,000 and an indefinite suspension for Charlotte Flair following what transpired on this week’s RAW. The show-closing angle on the second episode following Wrestlemania 37 witnessed the top Raw superstar pouncing on a match official following her loss against Asuka in a one-on-one bout. One just can’t put her hands on a referee like that and this was evident to happen. The fun part is it’s just a storyline angle that has nothing to do with real-life.

As seen on Raw, Charlotte Flair had the Figure Four applied on Asuka which was eventually converted into the Figure Eight. Rhea Ripley got involved from the floor, interfering in the submission. Flair then tried to pull Ripley in through the ropes as the referee tried to separate them. Asuka took advantage, drops Flair with a kick, and then picked up the win via a backslide.

Once the match was over, Asuka stood tall while Ripley taunted Charlotte Flair from ringside who was arguing with the referee. Flair backed the referee into the corner, then grabbed him and launched him across the ring. She viciously stomped away on the referee now and continued the aggressive beatdown as fans booed. Another referee ran out to stop her. 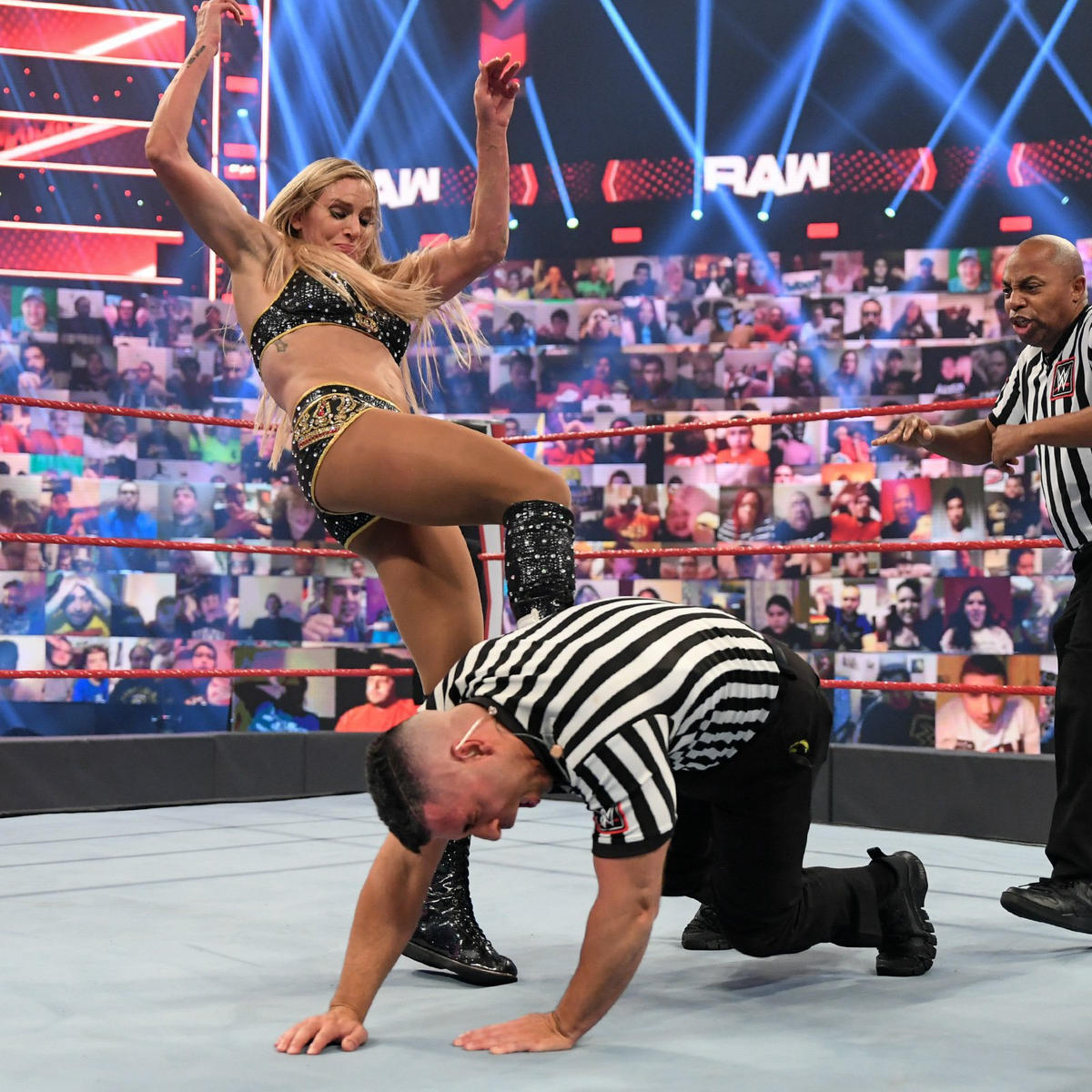 Other officials soon arrived at the ring, ordering Charlotte Flair to leave the ring. She attacked the same referee, again and continued beating on him. She then tended to leave the ring but then came back to deliver a punt kick to the ribs of the referee despite the officials warning her. Boos got louder for Flair at the ThunderDome as this week’s RAW went off the air.

Once Raw was done, WWE Official Adam Pearce ordered the $100,000 fine alongside the suspension to Charlotte Flair for an indefinite timespan. There is no word yet on when the storyline suspension will be lifted. At this point, Flair vs. Asuka vs. Ripley in a Triple Threat for the Women’s Title has been rumored for the WrestleMania Backlash pay-per-view on May 16, but there’s no confirmation from WWE’s part, to date.