Roman Reigns is all set to defend his Universal Championship against his cousin Jey Uso on September 27th at the Clash Of Champions 2020 event. He won the title at Payback PPV while winning a triple threat bout also featuring Braun Strowman and The Fiend Bray Wyatt. Thus, it marks the first title defense for the new champion.

In the meantime, Roman Reigns continues to showcase the dark side of his on-screen character. With Paul Heyman by his side, he’s transitioned to a heel persona who is unleashing the sadistic side of himself which we haven’t seen before. At Clash Of Champions 2020, we expect to see a different version of him. 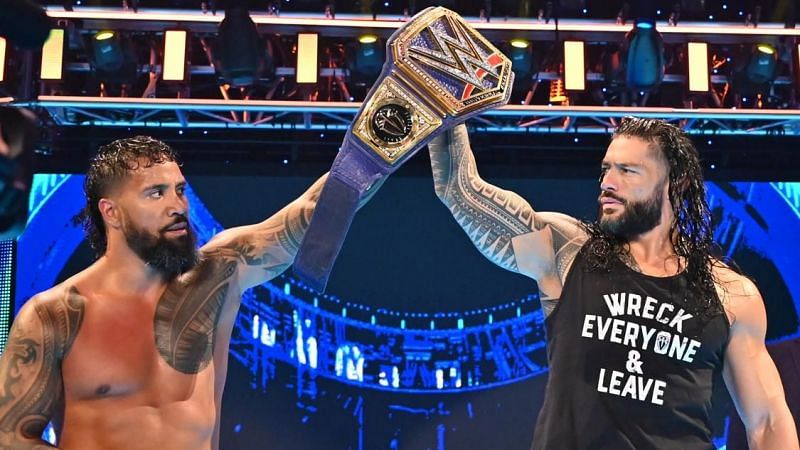 According to a recent report from Sky Bet, the betting odds for Roman Reigns vs Jey Uso at WWE Clash of Champions 2020, have been released. It doesn’t surprise us at all as the reigning champion is the undisputed favorite to retain his belt. Jey is a novice when it comes to the main event scene whereas his opponent is a pro in this game.

The two opponents are retaining the good vibes, as of late to this point but many believe that things would change as we get closer to Clash Of Champions 2020. As per the odds, Roman Reigns are the huge 1/20 favorite to win the match and retain the title. Jey Uso, on the flip hand, is the underdog having 8/1 odds by his name.

The legacy of the Samoan family and the enriched story between these two cousins are holding this whole ‘feud’ together. Or else, this match doesn’t even have the chance to make it to a PPV card. We expect those family stories to get unfolded more and more in time of the Clash of Champions 2020 PPV.

On a related note, Roman Reigns was turned into a heel character for a reason. WWE is likely to give him a heavy push as the year heads to the fall and there’s no way that The Big Dog is losing the belt at Clash Of Champions 2020.

In fact, reports do claim that a lengthy title reign is reserved for him that isn’t likely coming to an end until WrestleMania 37 season arrives. However, that’s a long story and it’s not the right time to predict anything regarding that.