The WWE Championship match at Clash of Champions 2020 could now be an Ambulance Match but there’s certain if and buts are present considering the set of incidents transpired on this week’s Raw.

The second last show before Clash Of Champions 2020 opened with WWE Champion Drew McIntyre cutting a promo on Randy Orton, whom he attacked last week with three Claymore Kicks. Orton wasn’t there to sell the beatdown as he’s now in the hospital recovering from the beatdown.

Drew McIntyre proposed that they should be wrestling in an Ambulance Match at Clash of Champions 2020 as both Superstars have taken rides with the vehicle over the past few weeks to the hospital. The Ambulance Match stipulation was then added to the title bout but there’s uncertainty around the match.

WWE Producer Adam Pearce interrupted McIntyre’s promo and disclosed that Drew may have to defend against his good friend Keith Lee at Clash of Champions 2020. Pearce informed that Orton is dealing with some serious injury. If the current challenger Orton is unable to get medically cleared in time for his scheduled title match then McIntyre will have to face Lee. There was an added condition though as Lee had to defeat McIntyre in last night’s non-title main event.

At this point, it’s unclear whether the Clash Of Champions 2020 title bout could further be changed involving Keith Lee. For now, Orton vs McIntyre lineup is intact, going by WWE’s official website.

.@DMcIntyreWWE just challenged @RandyOrton to an AMBULANCE MATCH for the #WWETitle at #WWEClash of Champions! 🚑 pic.twitter.com/iXKUVZc3y7

On a related note, The Riott Squad vs. WWE Women’s Tag Team Champions Nia Jax and Shayna Baszler for the titles is now official for WWE Clash of Champions 2020.

Liv Morgan and Ruby Riott became the new number-one contenders by defeating The IIconics in a tag match. As per the stipulations of that match, The IIconics were forced to disband. Jax and Baszler will have their second title defense at the upcoming PPV since they won the titles from Sasha Banks and SmackDown Women’s Champion Bayley at WWE Payback on August 30. Their first defense happened on the post-Payback SmackDown edition where Bayley and Banks lost their rematch. 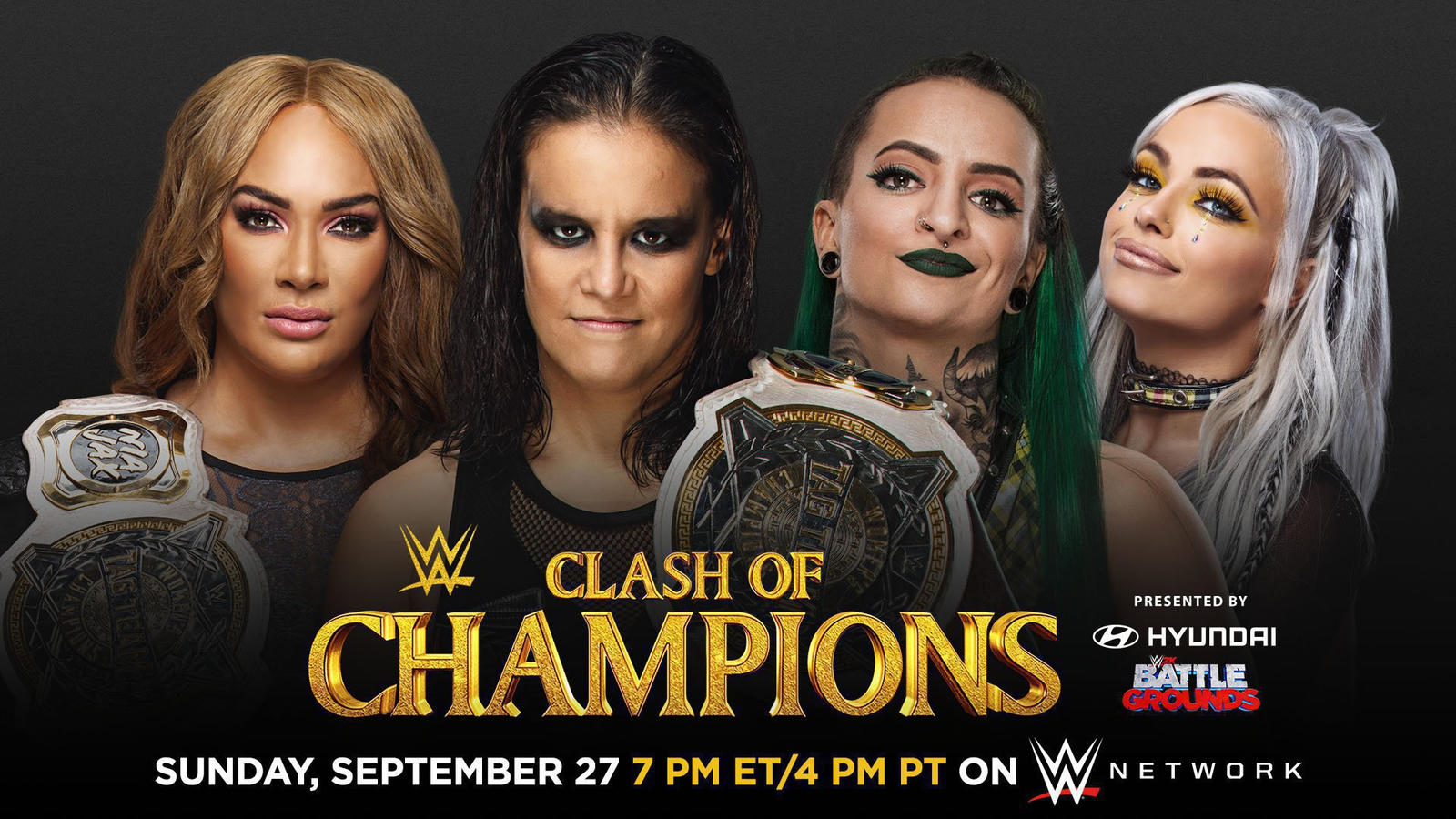 The Clash of Champions 2020 pay-per-view will go down on September 27 from the Amway Center in Orlando, Florida. The updated card stands as follows,