Daniel Bryan failed to capture a spot in the Men’s Survivor Series Team for SmackDown. He was defeated by Jey Uso who is a brand new name in the main event scene. Also, a beatdown was waiting for him to solidify Uce’s heel turn as he fell in the line with The Tribal Chief Roman Reigns. There is more to the storyline which won’t only be a loss to Bryan.

Rumors have circulated since the beatdown that Daniel Bryan might have been written off the television with that post-match assault by Jey Uso. It was an intentional storyline injury that might have created some room for the former world champion who works in a limited schedule for the WWE, anyway. However, it’s not about giving him time off.

Donald Trump To Appear On WWE TV After USA Re-Election Ringside News has learned that Daniel Bryan should return before Survivor Series with vengeance in mind. He has not been written off SmackDown TV. A tenured member of the creative team confirmed the source that all of these were just a buildup toward a “major angle.” Any unfinished business will be revealed when the leader of the YES nation appears, next on WWE TV.

Update: Will Aalyah Mysterio Be Wrestling On WWE TV?

We assume that WWE could probably use Daniel Bryan in the Number-one Contender’s spot for the Universal Championship which is currently empty. Roman Reigns needs a fresh opponent now that he’s done with Jey Uso after a couple of wins at Clash Of Champions and Hell In A Cell. The submission technician could be an excellent challenger to the heel champion who could build up a major feud on SmackDown. 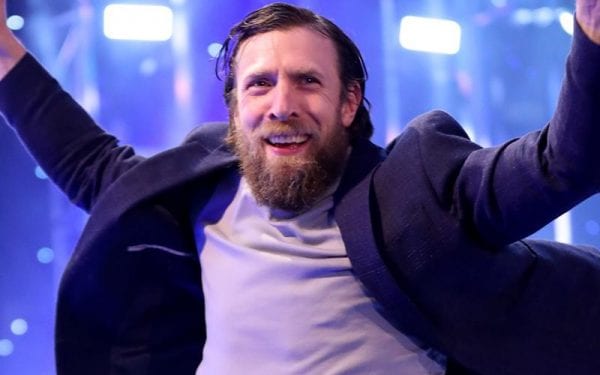 Daniel Bryan has been very open about this being his final run with WWE as a full-time Superstar. So, he wants to be involved in as many quality storylines as possible. He has also agreed to put over younger superstars in the process. He has also reportedly a writer for the SmackDown brand who could’ve asked for a fresh angle like this, himself.

Before this, Daniel Bryan and Roman Reigns have never been involved in a full-fledged singles feud. Team Hell No was a nemesis to The Shield, back in the days but both these men were yet to become marquee superstars, back then. Moving on, these two main-evented the first-ever Fastlane pay-per-view event back in 2015 but that was just a WrestleMania main event qualifying match, rather than a rivalry.