WWE is returning with the infamous “Spin the Wheel, Make a Deal” gimmick for the special Halloween Havoc edition of WWE NXT on October 28. It’s an old school gimmick that was actually originated through WCW where a wheel with match stipulations gets spun to choose one of them for a particular match.

As seen on this week’s NXT show, Candice LeRae defeated Shotzi Blackheart to earn a Halloween Havoc match against NXT Women’s Champion Io Shirai. LeRae came up as the winner after Indi Hartwell passed brass knuckles to her from outside the ring. 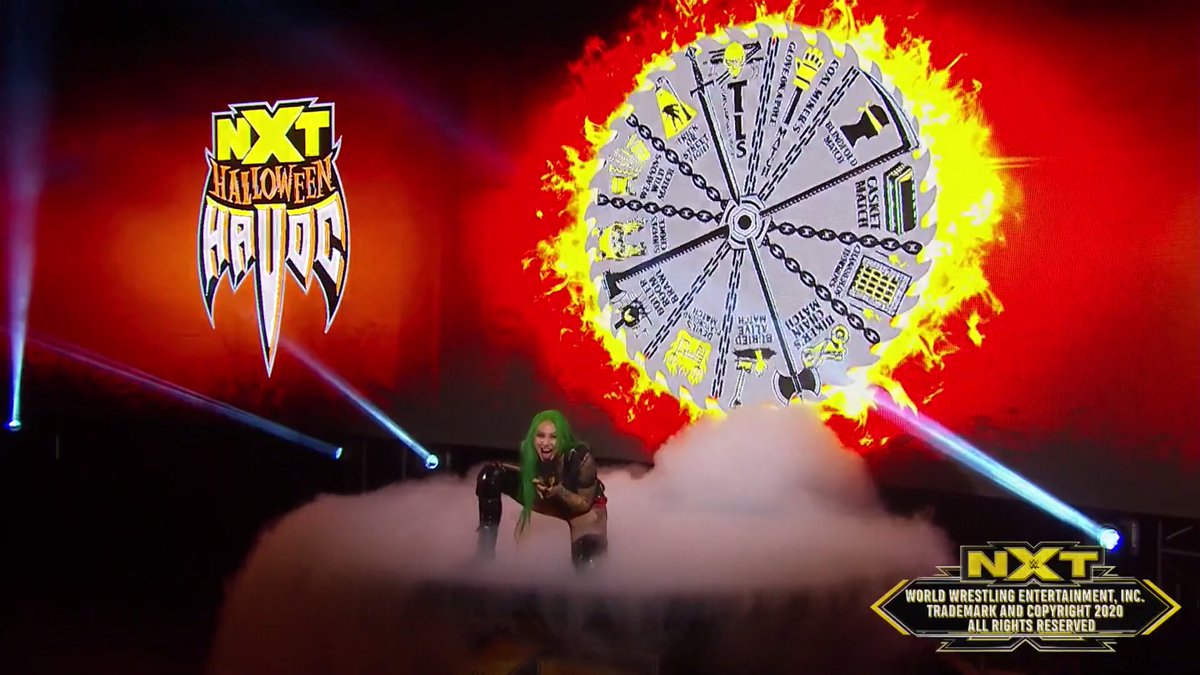 The main event of NXT witnessed the North American Champion Damian Priest retaining his title over Dexter Lumis, after interference from Cameron Grimes. Johnny Gargano then attacked Priest on the stage with a steel chair. Afterward, the General Manager of NXT, William Regal appeared on the stage to announce that Gargano vs. Priest will go down at Halloween Havoc, with the NXT North American Title on the line.

Regal then introduced the Halloween Havoc host, Shotzi Blackheart who announced that the match stipulations for LeRae vs. Shirai and Gargano vs. Priest matchups will be determined through “Spin the Wheel, Make a Deal” process. The interesting theme will be used on WWE TV after almost nine years.

Stipulations for both the championship matches will be revealed with a spin of the wheel on the Halloween Havoc night, itself. Meanwhile, the general manager of NXT also announced Rhea Ripley vs. Raquel Gonzalez for that same night that goes down within two weeks from now. 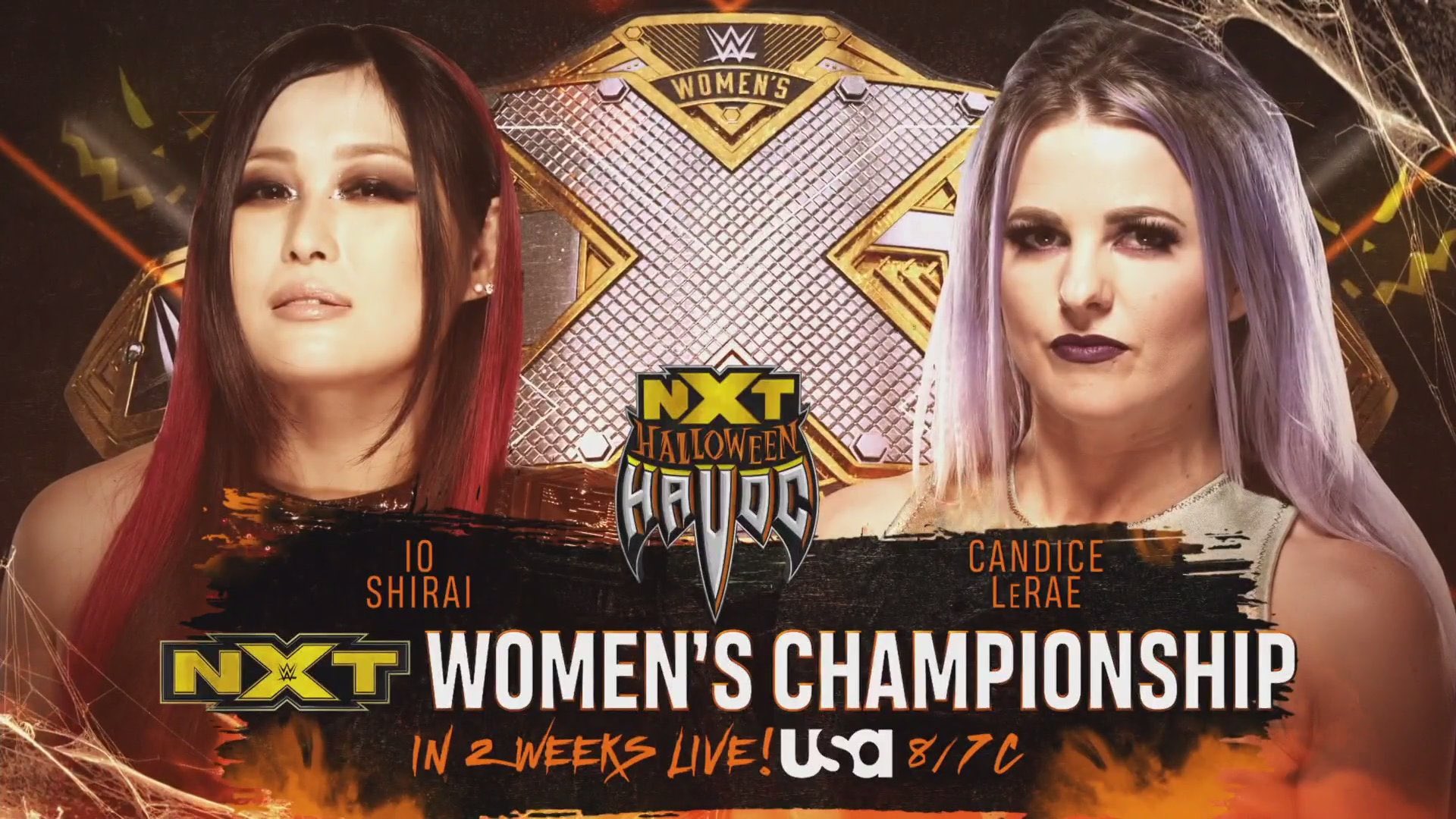 As announced last week, the special Halloween Havoc edition of NXT will take place on Wednesday, October 28 from WWE’s Capitol Wrestling Center (previously WWE Performance Center) in Orlando, Florida. The current card for the night originated from a WCW gimmick, stands as follow,

Apart from the Halloween Havoc announcements, it was also noted that NXT Tag Team Titles will be defended, next week. The opening match witnessed Roderick Strong and Bobby Fish of The Undisputed Era defeat Oney Lorcan and Danny Burch to become the new Number-one contenders to NXT Tag Team Champions Breezango. NXT General Manager then announced that Strong and Fish will receive their title shot from the champions, next Wednesday night.