It’s been a treat for WWE Universe to see and enjoy Lana doing paid promotions on her social media platforms. Often, the scorching hot Diva dons the skimpiest bikini to promote products like energy drinks, lingerie brands, or more. Glimpses from done photoshoots or behind-the-scenes are a must-see as these come up with a lot of oomph factors. 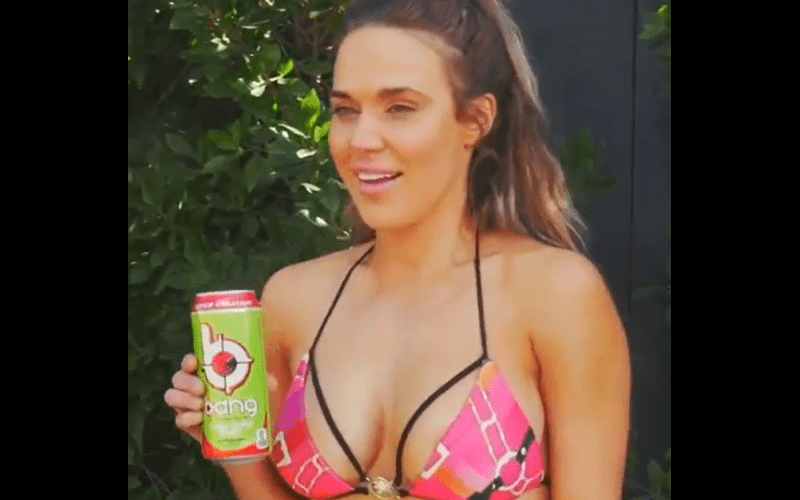 Now those bikini dances from Lana could be coming to an end, permanently. Last year, WWE introduced a policy where the wrestlers under their contract couldn’t make money off 3rd party platforms like Twitch and Cameo. The edict has become even tighter starting from this month onward as WWE has added more platforms to the banned list. Now, WWE wrestlers are also banned from making money from their Twitter and Instagram pages as they use these to promote 3rd party brands. This could mean a big financial hit for WWE stars like Lana and Mandy Rose. According to LoveUX, Lana made $625,922 from Instagram posts in 2020 which is way less than her WWE contract earning. (around $200,000 – $250,000)

It should be noted that Lana wanted to continue those earnings from outside the WWE while staying within the company. Back in 2019, she signed a new contract with the WWE for five years which was a special one. Via this, she was allowed to do multiple brand endorsements which don’t have to be any connection with the WWE.

At one point, it was rumored that Lana doing a commercial was the main reason behind WWE putting up this third-party edict during the fall of 2020. She was seen dancing at the pool in a bikini which became a social media hit. Just after that, WWE issued the new rules and the fans thought it was her to be the reason. Afterward, the Ravishing Russian and her husband Rusev opposed the idea, strongly.

In the meantime, Lana has worked hard to be the best she can be in the ring. She just doesn’t want to be a glam-doll but a better performer. WWE Hall of Famer Bully Ray, aka Bubba Ray Dudley, is thoroughly impressed with her work ethic and the transformation from a valet to an in-ring competitor.

“She is a complete pro. I see that woman trying as hard as she can every single time she goes out there. Lana’s not Charlotte and she’s not Sasha, and she’s not Bayley, yada yada we get it. But I’ll be damned if that girl doesn’t go out there and give it her all and try her hardest. I know she goes down and she rolls around with Nattie [Neidhart] and TJ [Wilson]’s place down there. She tries to get that extra work in,” Ray stated in an episode of Busted Open Radio podcast. (Quotes courtesy WrestleZone)

Australia will be led by Aaron Finch in the T20I World Cup 2021 event. Australia is

New Zealand led by Kane Williamson will be a team to watch out for. The Kane