Mandy Rose and Sonya Deville have been friends on WWE TV for years before their bond finally came to an end, earlier this year. Heading into WrestleMania 36 they entered a heated feud as the latter one tried to ruin her bestie’s love life with Otis. Jealousy was the main aspect of this rivalry that gathered a lot of bad blood.

WWE escalated the feud but failed to produce a blow-off contest between Mandy Rose and Sonya Deville. SummerSlam is set for August 23rd, and the company has an idea through which they could likely go forward with this feud. The creative team proposed a gimmick match that ‘didn’t make the final cut’ initially but now it is back on the card.

As seen on Smackdown, Sonya Deville pounced on Mandy Rose from the back. She destroyed the makeup of her former best buddy before taking a clipper in hand and chopping off some of her hairs! It apparently marked the beginning of a ‘hair vs hair’ program for Summerslam.

Ringside News has reported that WWE was discussing a SummerSlam match between Mandy Rose and Sonya Deville putting an interesting stipulation to it. It was proposed that they would have a “hair vs hair match.” As seen in the past, this kind of match ends via pinfall or submission but the loser has to shave her head, bald.

The source previously noted how creative plans around the match didn’t work out,

“This never got past the planning phase and was scrapped. The idea was out there that Rose and Deville would put their hair on the line in another match that would seemingly be a blow-off with that kind of stipulation attached.”

We can only assume that the chosen loser of the match between the former Fire n Desire members might have denied shaving her head. We can’t blame them at all considering how they are fashion icons.

While Mandy Rose is a sensation on Instagram among her followers, Sonya Deville is an inspiration for people belonging to the LGBTQ community. Changing the look could have made a negative effect on their popularity. 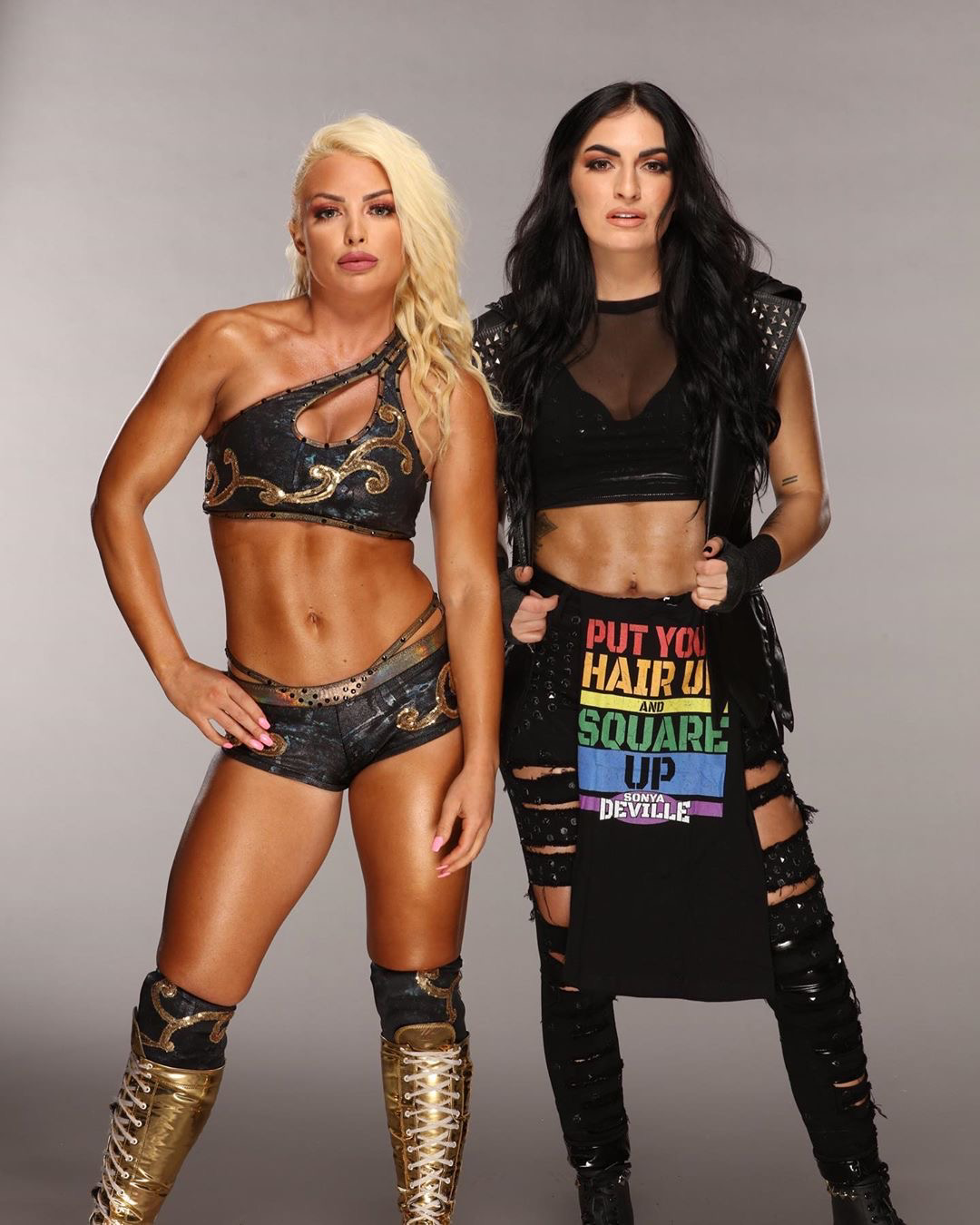 But now, they have agreed to do the match as thus Mandy Rose will get to seek redemption against Sonya Deville, properly. These two collided in a singles contest and then followed up with a mixed tag team match also involving Otis and Dolph Ziggler.

On both the occasions, ‘Daddy Deville’ stole the win from her former best friend. The Golden Goddess can now expect to get the rubber match at Summerslam.