Natalya And Jenni Neidhart Are Back With Latest YouTube Episode

After quite a significant break, Natalya And Jenni Neidhart are back with their latest YouTube episode. Fans of the Neidhart sisters wait with eagerness with the latest installments since the two come up with their quirky and funny antics to entertain them, all the time. 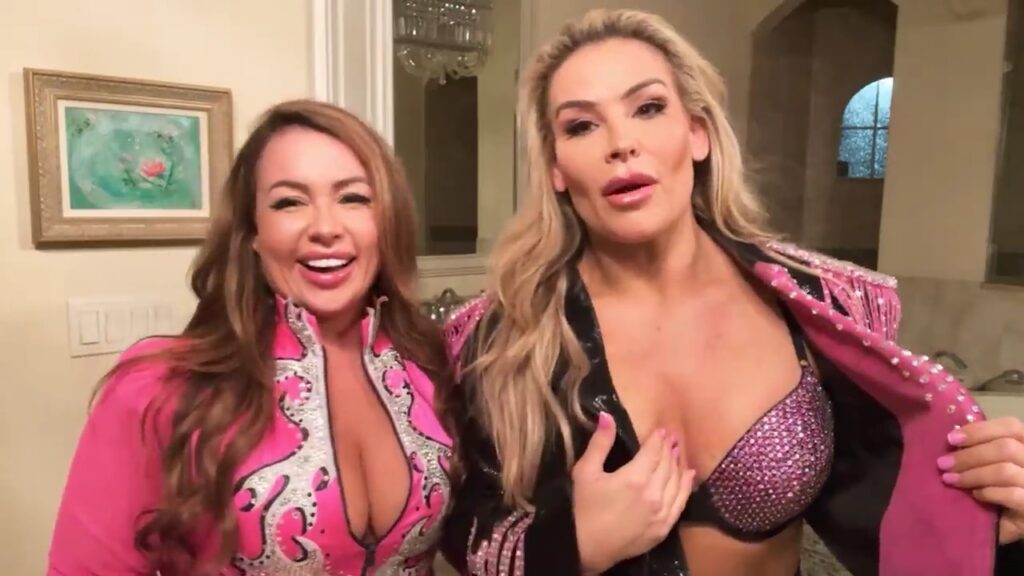 Additionally, they put up their busty and voluptuous sides of themselves on these videos which are literally not-to-be-missed. If you want to catch up more you may check out SportzWiki archive. 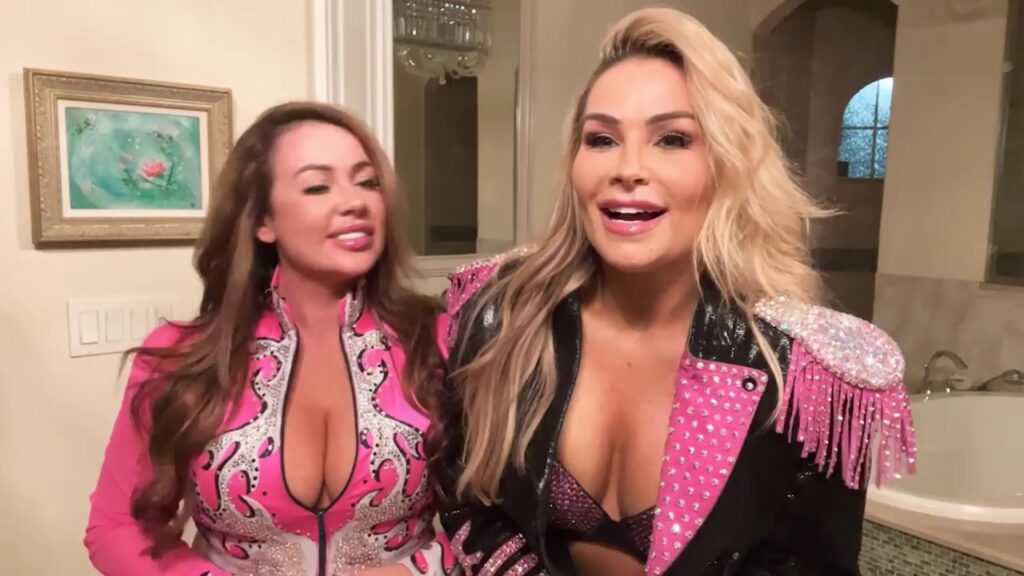 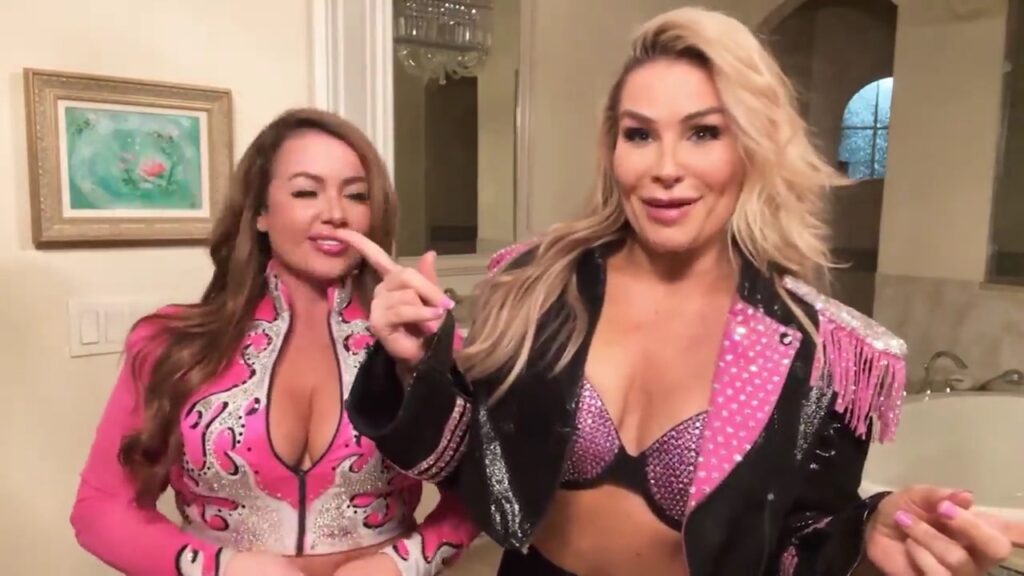 In the latest episode, Natalya And Jenni Neidhart were up to show off from the get-go with busty outfits which were actually in-ring gears. Both the attires worn by the two sisters belonging to Nattie, one which she wore during her second title match win in WWE, the other one was worn by her in the late 2000s.

The ultimate question was who among the two sisters was able to rock several of those dresses and the voting process was left at the hands of The Neidharts YouTube channel subscribers. 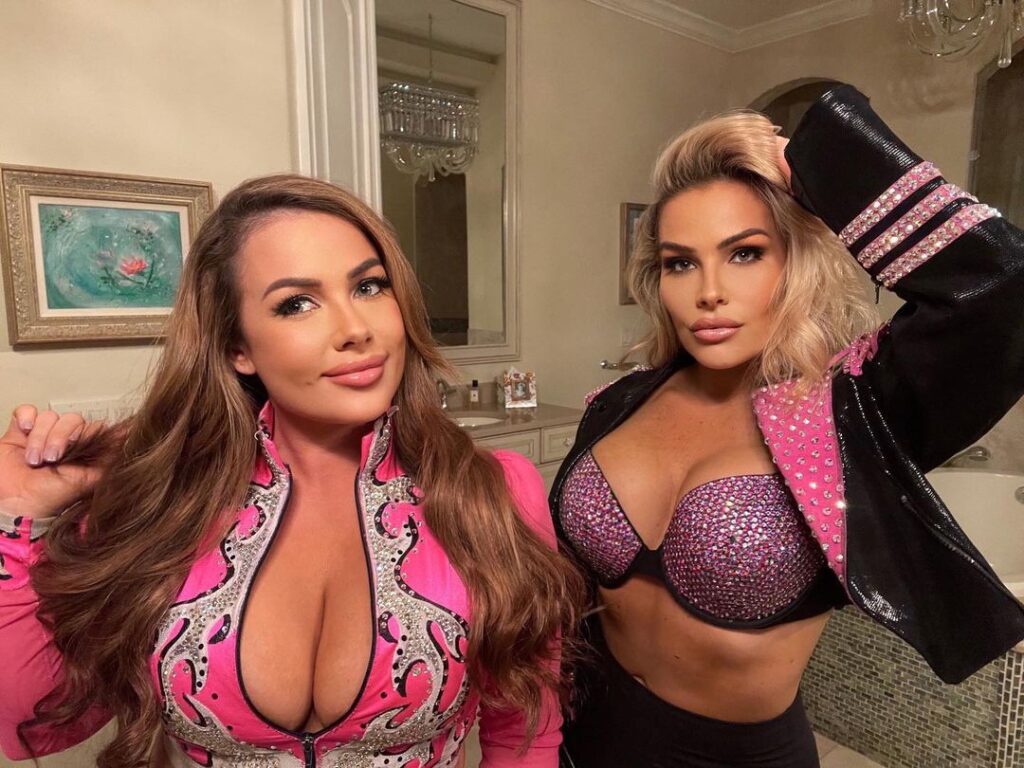 Trademark Natalya And Jenni Neidhart chops were there on the video where they hit each other with Flair chops over their breasts. Then they were flaunting their cleavages as much as possible, especially Nattie after receiving a hard chop from her sister. As they were making noises, Nattie’s husband TJ Wilson aka Tyson Kidd was distracted as he was playing video games.

So TJ eventually had to join Natalya And Jenni Neidhart, by the end. Nattie wanted her husband to wear her ring gear and she stripped off to the bralet only by handing over the Neidhart jacket to TJ. The three did another trademark five-pound dance to end the episode. One lucky winner from the ‘Who Wore It Best Wrestling Gear Challenge’ was given away a gift by the Neidhart sisters.

As TJ joined the YouTube episode hosted by Natalya And Jenni Neidhart, it should be mentioned that he was the producer of all the women’s wrestling matches at Wrestlemania 37. Her proud wife Nattie let us know of his hard work by putting up a recent post on Instagram.

“I don’t want to put @tjwilson711 on the spot— i just want to thank him for the most incredible work he did this weekend with every single women’s match at WrestleMania 37. Over 25 hours of practice (on top of many hours in our ring), I’m really so proud of the dedication that TJ has to helping others,” Natalya wrote.