If you want to know how much Natalya loves to flaunt her cleavage line, all the time, you have to follow her YouTube channel. The Neidharts is a primary destination for all the Nattie fans out there as the WWE Superstar puts up a show, all the time alongside her sister Jenni Neidhart. Apart from real life, the star also doesn’t really want to contain when it comes to competition in the middle of that ring. 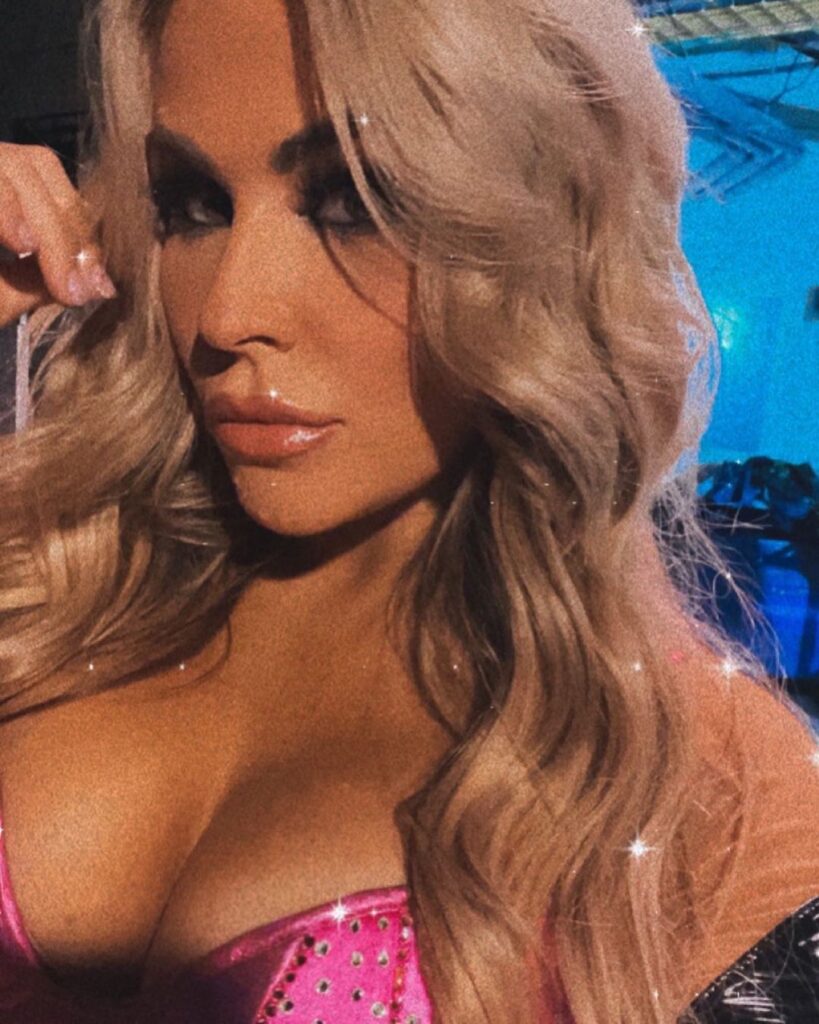 Natalya Neidhart loves to don attires with a deep neckline that allows her to flaunt some hotness quotient whenever she heads to the ring, each week. She gained even more confidence after winning the tag titles with another second-generation superstar in Tamina Snuka. 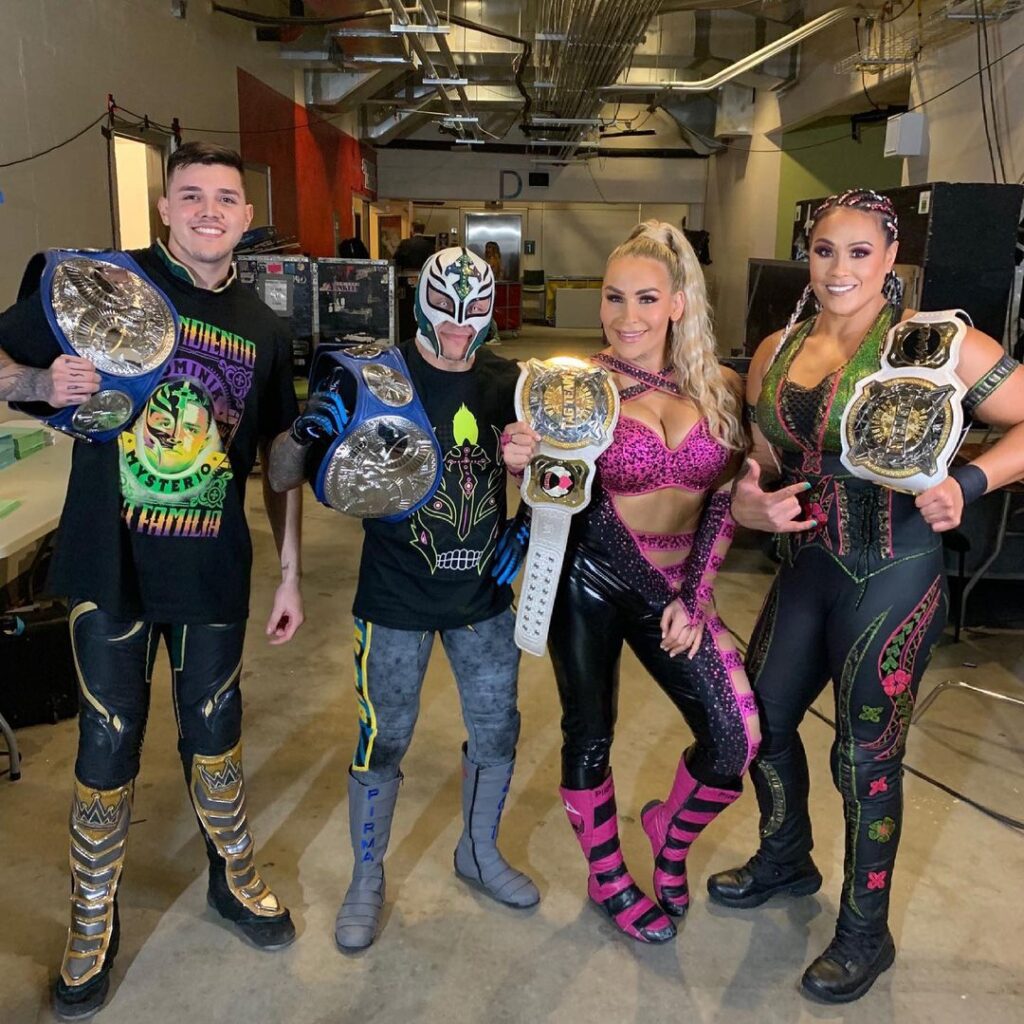 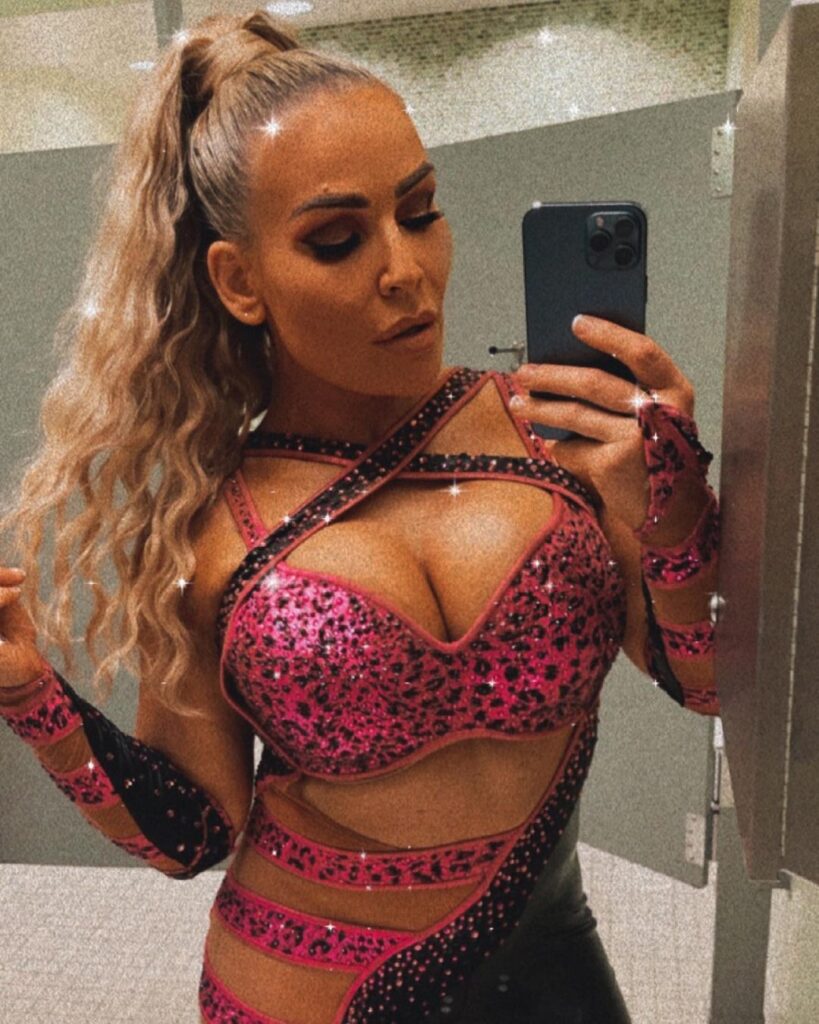 As seen in the latest photos posted on Nattie’s Instagram account, the veteran star was all about putting up a show in busty outfits. You can see these photos as given throughout this article.

Natalya and Tamina Snuka had their big title-winning moment

It was a big moment for both Natalya and Tamina when they won the women’s tag team championships from Nia Jax and Shayna Baszler. The moment received tons of attention while the duo had apparently received a fitting ovation backstage after their big win. 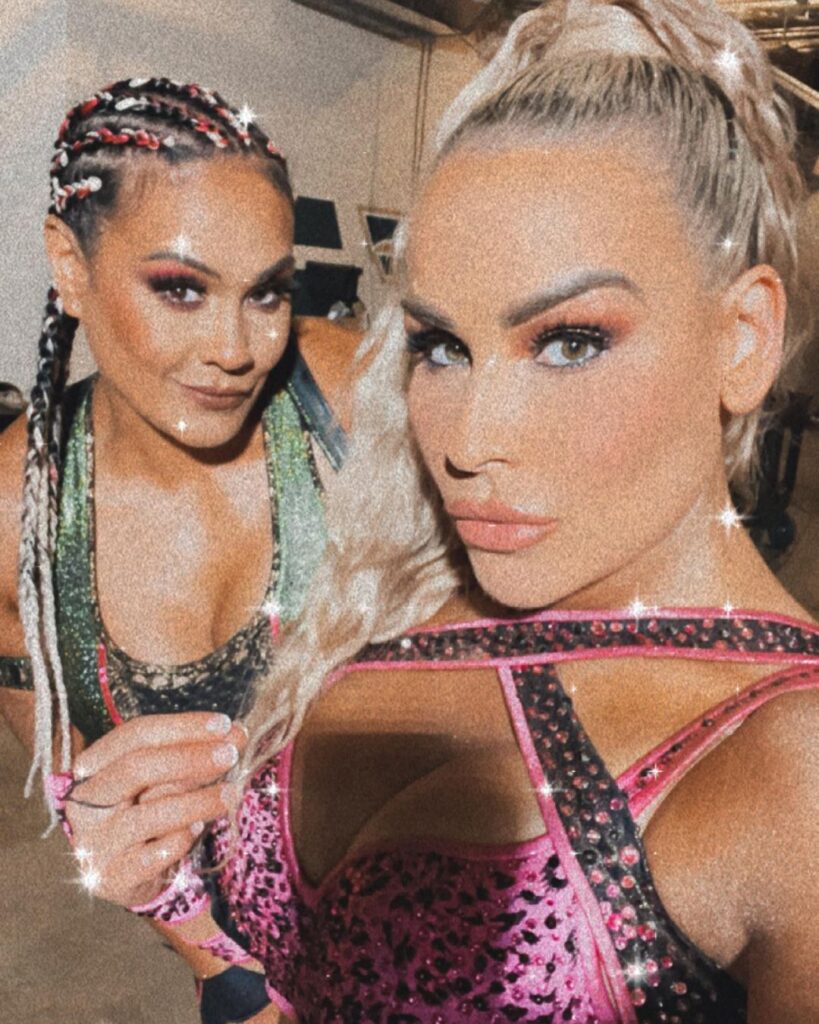 The reigning tag champs recently appeared on Renee Paquette‘s (fka Renee Young) Oral Sessions podcast where they opened up about their win during the May 14 episode of SmackDown. During the conversation, Natalya explained how the locker room reacted to their moment. She revealed that Bayley gathered all the females into gorilla for an ovation which even surprised The Boss, Vince McMahon.

“I had no idea that Bayley rallied the troops and got all the girls into Gorilla during our match the night we won the titles. Every girl in the locker room, no matter what role, was there and they were jumping up and down. TJ said the girls created a fan-like environment in Gorilla when we won the titles where even Vince was like, ‘Holy shit.’ The girls are ride or die.”

This is the first tag title run by Natalya and Tamina Snuka while for the latter one, she is holding a title in the WWE for the first time in her 11-year long career (except for a run with the WWE 24/7 Championship)