Nowadays, Natalya garnered attention for her volatile behavior during her YouTube videos on The Neidharts channel, alongside her sister Jenni Neidhart. She is happily married to WWE producer, TJ Wilson fka Tyson Kidd which is one of the reasons why she was never part of any major controversies. This could be the reason she would try to stir things up in a sexier manner in the videos.

Now, it seems Natalya could be part of one of the most controversial moments from WWE history but she missed it with a near margin. She recalled a moment of her former tag team partner who got the opportunity to be part of a kissing moment on WWE TV. 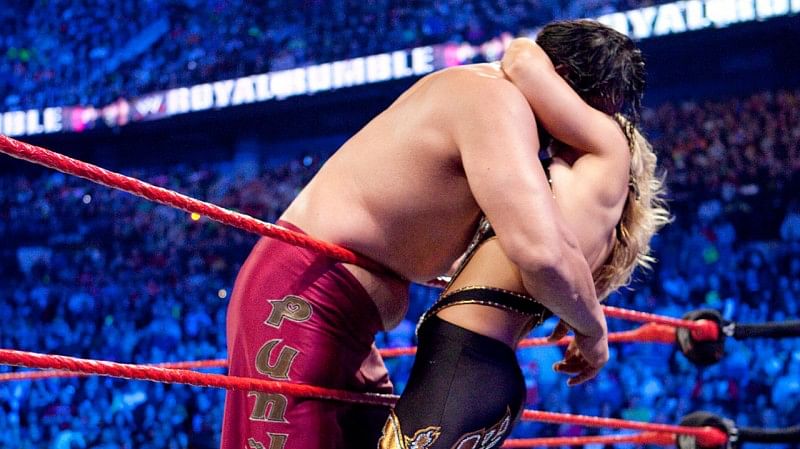 The Great Khali was once taken out of the 2010 Royal Rumble match as Beth Phoenix tricked him. As seen during the event, she kissed him and in the process was also able to help her eliminate him from the top rope melee. It seems Natalya has still not forgotten that it could be her moment that The Glamazon stole.

Natalya was originally pitched to kiss Khali at Royal Rumble 2010?

The Queen of Harts used her Twitter handle to confess that there were multiple pitches for her to kiss Khali. WWE didn’t allow her to do so and instead decided to go forward with Beth Phoenix, instead. Thus, Beth became one of the very few female superstars to enter a Men’s Royal Rumble who would go on to lock her lips with the Punjabi Playboy. Thus, there’s a bit of jealousness still remains with her.

“Watching @TheBethPhoenix kiss The Great Khali in the Royal Rumble in 2010 makes me jealous. True story… I pitched to kiss the Khali numerous times, and it never happened. There’s still time!” noted Natalya.

Natalya and Jenni Neidhart Show Off Playing Truth Or Dare

Watching @TheBethPhoenix kiss The Great Khali in the Royal Rumble in 2010 makes me jealous. True story… I pitched to kiss the Khali numerous times, and it never happened. There’s still time! ❤️ #wweicons 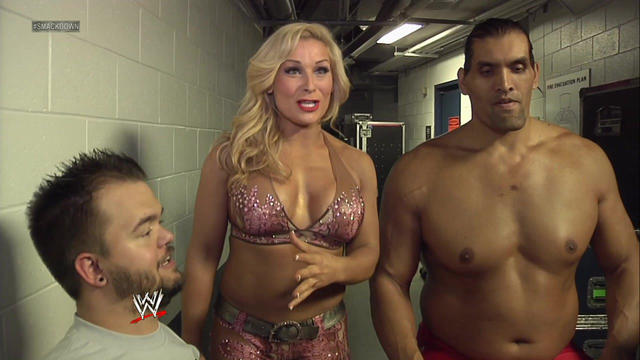 As you can see, Nattie still believes that there’s time for him to plant the kiss on The Great Khali that didn’t happen in 2010. TJ Wilson might not be 100% okay with it, but he can do nothing much if Vince McMahon accepts the creative pitch.

However, WWE doesn’t arrange such kissing moments on TV, nowadays due to their PG content. So Natalya might only be allowed to flank the seven-footer by her arms if he appears on TV in the future. Khali was present at Hall of Fame 2021 tapings though and we don’t know whether Natalya made a try to kiss her.