Veteran Natalya Unhappy After WWE On FOX Priced Her $1

Natalya has earned the spot of being the most veteran wrestler of the current female locker room for a reason. There’s not much to earn her from the circuit after spending almost 15 years in the company.

But she is still here just to help and put over the younger talents. There are various memes floating around on the internet and one of them apparently a shot at her belonging to the lower tier of superstars.

She was irate over the fact that someone priced her at $1. The Hart Dungeon member tweeted out a response to a meme that WWE On Fox’s Twitter account put out. The meme has listed out the star female performers of the current roster in descending order. Natalya belonged to the lowest tier alongside Liv Morgan, Ruby Riott, and Peyton Royce. 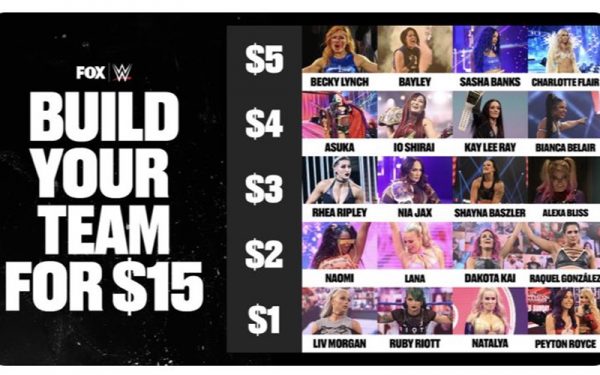 The Twitter account asked fans to build their best women’s roster with a $15 budget. According to it, Natalya could be bought with only $1. The former Smackdown Women’s Champion was furious about it and vented out anger with the following comments,

“I have struggled for years to figure out exactly what my worth is, but I won’t allow anyone to pick that number for me. As hurtful as seeing this is, I want it to be known, that if I ever find myself under all of these wonderful women it’s because I am a pillar and a foundation of what we’re doing. So please keep the 1$, because anyone who knows anything, knows how priceless I am. –NKN”

Yeah I’m not a big fan of this tier thing either … love u Nat! @natbynature

Love you Nattie! Your leadership, skill, drive, influence and heart are PRICELESS.

Natalya has support from her co WWE stars

In the comment section, plenty of co-stars of Natalya, namely Alexa Bliss, Mercedes Martinez, and others let their empathy known to the veteran that led WWE on FOX Twitter account to delete the meme. But the screenshot of the photo is still available on the internet.

Some fans pointed out that WWE On Fox also posted this same meme for the men, and nobody created any controversy around it. Natalya obviously had something to say about this while making a stand for her and she had good reason to do so. More or less each of the WWE roster members had the opportunity to train and learn from her and so everyone does have gratitude toward her.