Women’s wrestling has changed to a big extent over the past six-seven years and Paige acted as the cornerstone figure in the process. In fact, she was named the Anti-Diva of the WWE back in the day when the company was transitioning to the Women’s division from the Divas division. Compared to the 90s and early 2000s, the current scenario for the female roster is very much different.

Female WWE Superstars are being called with the same term instead of WWE Divas which used to be belittling. There has been much more respect around their name alongside merchandise and more importantly, they are allowed to compete in longer matches like the men’s superstars. Paige is supposed the one who was an active wrestler when the change actually began.

Nikki Bella Wants To Relive Her Match With Ronda Rousey 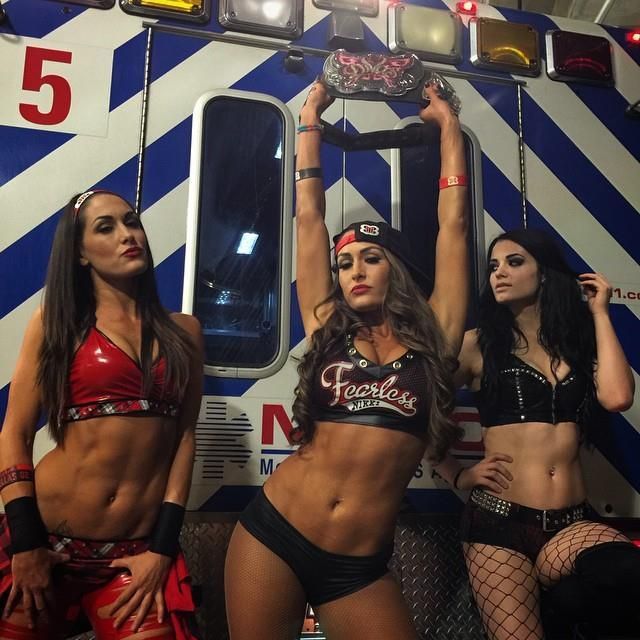 On February 23rd, 2015, Paige took part in a 30-second tag team match alongside Emma against The Bella Twins on Monday Night RAW on the Road to Wrestlemania 31. After that match, the hashtag #GiveDivasAChance trended on social media for three days due to the booking of that match and the women’s division, itself.

Revisiting those days, the former WWE Divas Champion spoke on the latest episode of The Bellas Podcast. Paige went to accuse WWE of such nasty treatment of its female talents. They have been presented as sexual objects and the UK-native has some serious problems with it.

WWE Superstar, “I Would Make A Killing On OnlyFans”

“You guys got treated like absolute dogs**t. ‘This cannot happen anymore. This is so outrageous.’ I remember in my family’s documentary they were still filming when I first got over here, I said, ‘I don’t want the women to be viewed as pee breaks anymore,’ because you’re not. Everyone wants to wrestle, everyone wants to be able to put on these matches,” Paige continued.

“You ladies were already wrestling as good as the men. You just weren’t given the chance, and I said that to everybody. They weren’t wrestling to be these Divas that just want to be oversexualised.”

The state of the WWE Divas division started to change in mid-2015 with the beginning of the Divas Revolution which was then converted to Women’s Evolution. This allowed the female superstars to headline PPVs and feature in main-event matches on a regular basis. Paige is currently no longer a part of the WWE, but there’s still an expectation about her return to the company, down the road.

Currently, Paige is a free agent following the expiry of her WWE contract, last month. As a free agent, she appeared on Starrcast V this past SummerSlam Weekend in Nashville, Tennessee. She was forced to retire in 2018 due to a neck injury and hasn’t wrestled a match since December 2017.