As seen at the WWE Fastlane 2021 pay-per-view, Alexa Bliss picked up one of the biggest wins of her career as she pinned 14-time WWE World Heavyweight Champion Randy Orton. This wasn’t a clean pinfall loss as after dominating the match via mind games, The Fiend Bray Wyatt made his much-anticipated return to the WWE helping Bliss in that win.

The Fiend hit Randy Orton with a Sister Abigail, after which Alexa sat on top of Randy and pinned him to win the match. Kim Marie Orton, Randy’s wife, tweeted the following to Alexa after the match, declaring her frustrations over how things went down during the Fastlane 2021 co-main-event match. 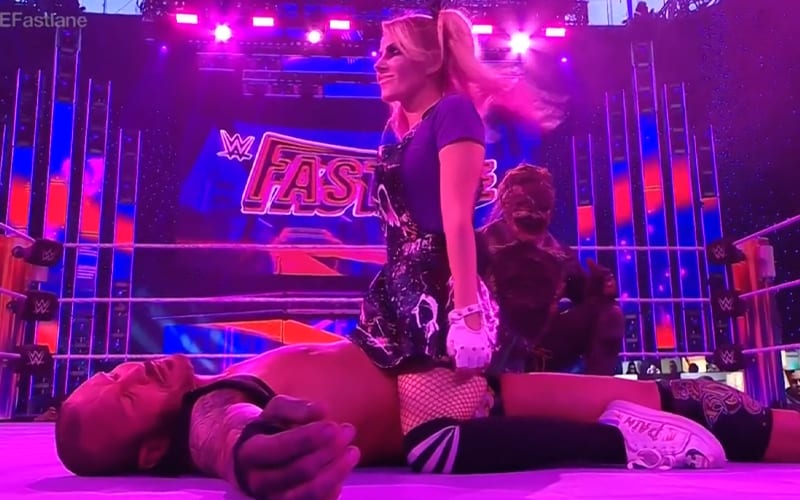 Previously, it was thought that Kim was going kayfabe in creating this whole anger thing over her husband’s loss. But it appears she was pretty mad at the happenings. Randy Orton’s wife took the pinfall, quite seriously. She didn’t appreciate the fact that another woman straddled for her man on live television.

Ringside News has been told that the tweet from Kim was a legit shoot from her towards the five-time Women’s Champion in WWE. Her anger was for real and she wasn’t happy. Randy Orton also received a bit of heat from her for doing that segment. The source was informed that he “was in a bad way” over how things had gone down.

Randy Orton was warned by his wife after Fastlane 2021?

Thirsty for News additionally noted that Randy Orton got an earful from his wife. She apparently was a bit “rough on him” about the segment. He didn’t have the best conversation once the match was over. “Guys were consoling him,” and “Randy is one of the guys who doesn’t mess around.” It seems Kim was really upset about the angle.

It was also reflected in a tweet made by The Viper, afterward where he mentioned the online beef with Soulja Boy,

“Apparently my wife doesn’t care too much for Alexa Bliss.
Maybe Soulja Boy should tell her it’s fake?” 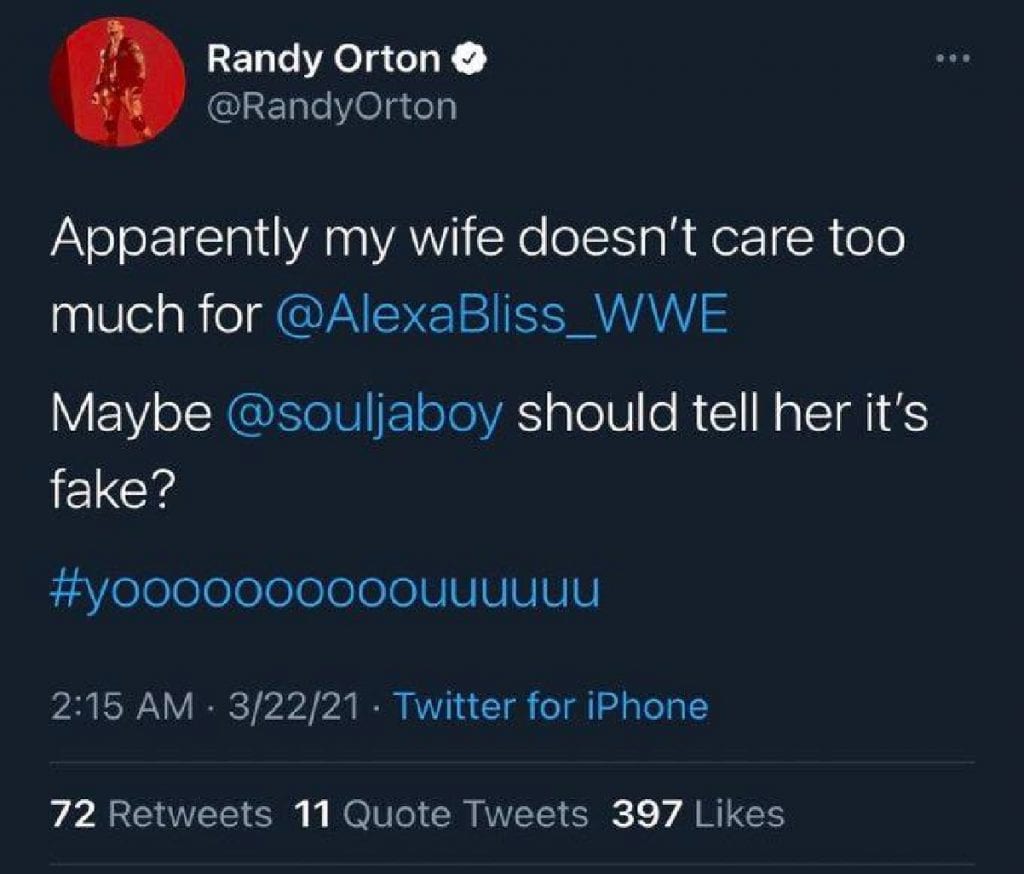 That tweet has since been deleted but screenshots are available that again pointed out Kim’s issues with the Fastlane segment.

Randy Orton and his wife have been married for the past few years. They live happily in St. Louis with five children. He recently had a ton of praise for her during the Broken Skull Sessions for being a super mom. Kim has also started Slthr, a clothing brand with a snake theme reminiscing to her husband’s WWE gimmick.