Renee Young and Jon Moxley are expecting their first child together, due in June. Both the former WWE stars are very excited to embrace the taste of parenthood. During a segment on ‘AEW Dynamite’ on Wednesday night (18.11.20), Moxley first noted having a “pregnant wife at home”. Afterward, his 35-year-old wife also confirmed that she is pregnant and since then she is enjoying this lifetime experience, as much as she can.

Renee Young recently shared some exclusive maternity photos with PEOPLE from a recent shoot at her Las Vegas home with photographer Ryan Loco. On that same shoot, she also shared images of the nursery she and her pro wrestling husband is setting up for their daughter. 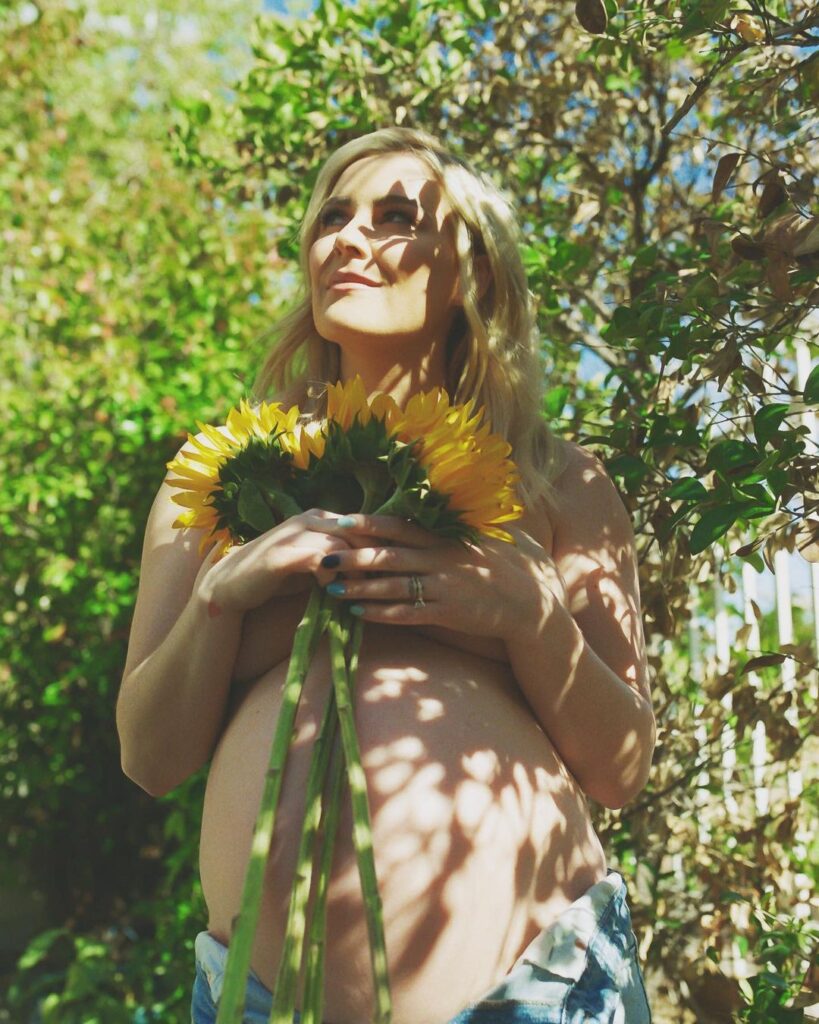 She’s literally obsessed with her pregnancy body who just can’t stop posting photos in this shape. That trend apparently continued this weekend. 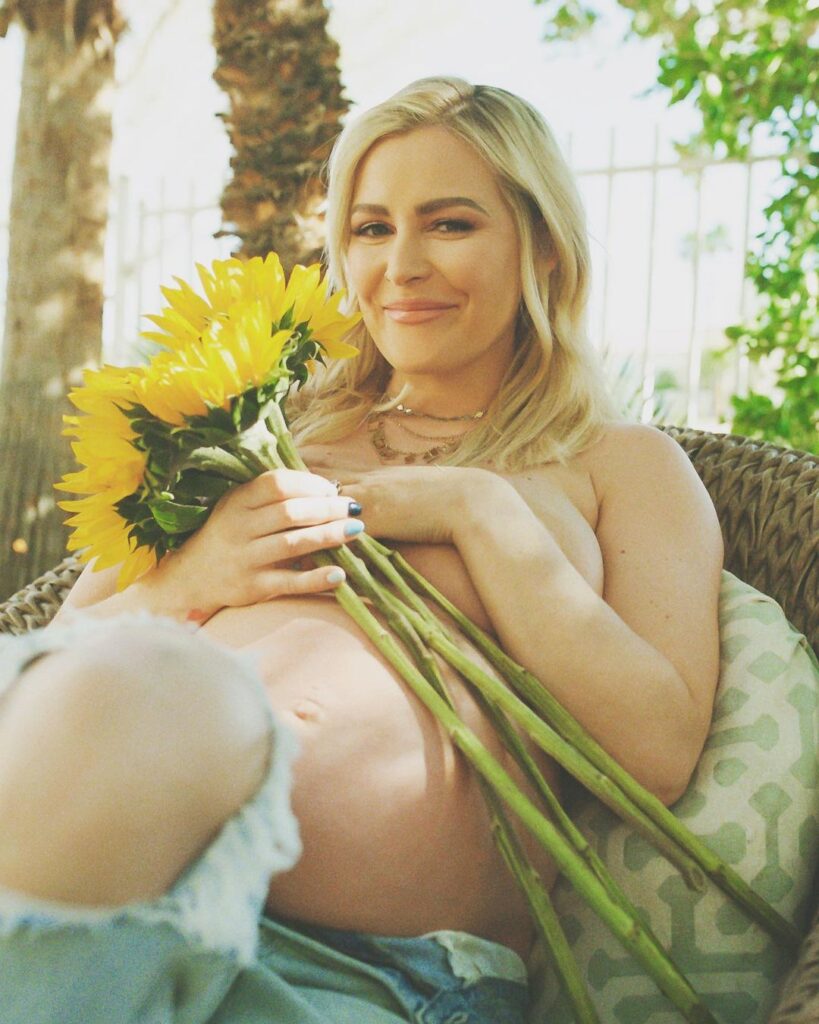 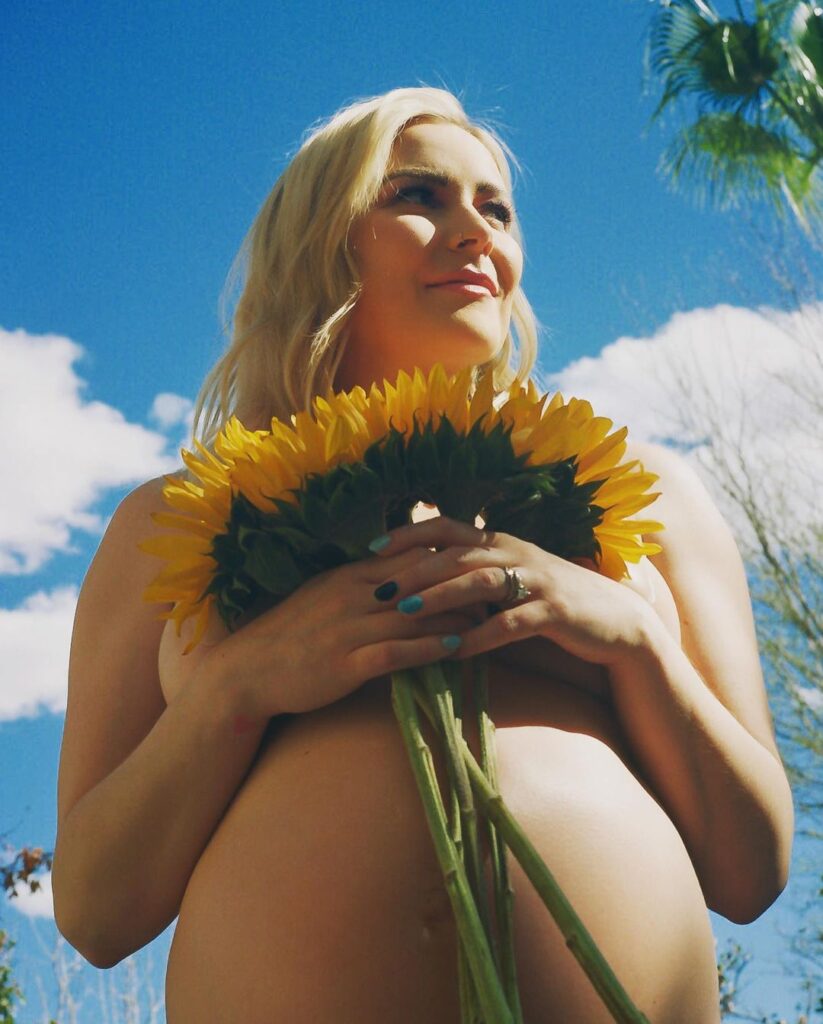 As seen in the latest shots posted by the former WWE show host, she appeared in a trifecta of nude photos. Ace photographer Ryan Loco was behind all these photos which appeared to be additional snaps from the PEOPLE magazine shoots. “No shirt Sundays! Just flowers and nipple covers for me, thanks [sunflower emojis],” the caption from Renee Young stated for these photos.

Renee Young setting up the perfect bed for her baby girl

In another shot from her home, the former Total Divas star shared how she received gifts of baby beds from her family. This particular bed apparently helps a baby to have her perfect sleep as you can see in below details given by Renee Young,

“Legit as soon as I started telling friends I was pregnant, the first recommendation we kept getting was “you NEED the Snoo” so I’m so excited to put this thing of beauty to work! Peaceful sleeps all around! SNOO is the world’s first smart sleeper that boosts a baby’s sleep by imitating the rhythmic sensations babies enjoy while in the womb.” 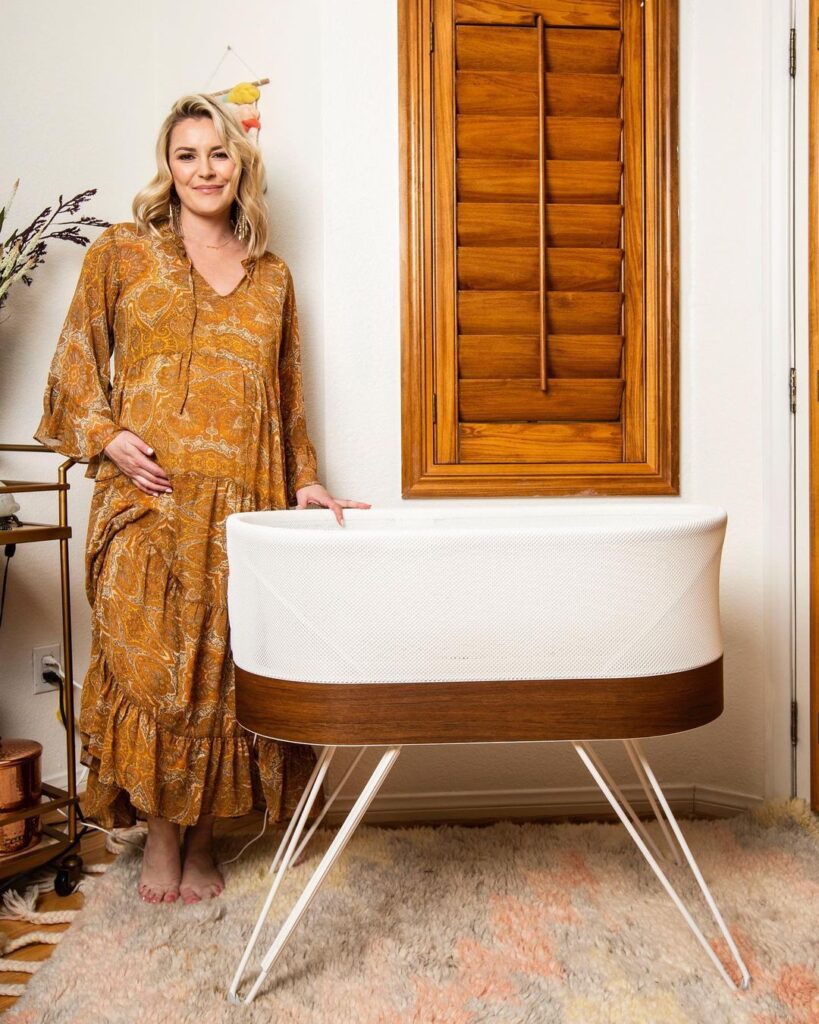 Renee Young joked that she could only wish that these beds could have come in adult sizes so that she could enjoy some naps in those. For the time being, her mommy is in town to help her out in this pregnancy season. On the work side, she is presenting new episodes of the Oral Sessions Podcast, on a regular basis while also coming up with new recipes to promote her cookbook.