Renee Young is no more a WWE employee as she left the company, earlier this summer. To be exact, she wrapped her 8-year career with the WWE with one final appearance after SummerSlam 2020. However, she is still under a contract with FOX which can bring her back on WWE TV. So, she’s coming back for a special assignment. 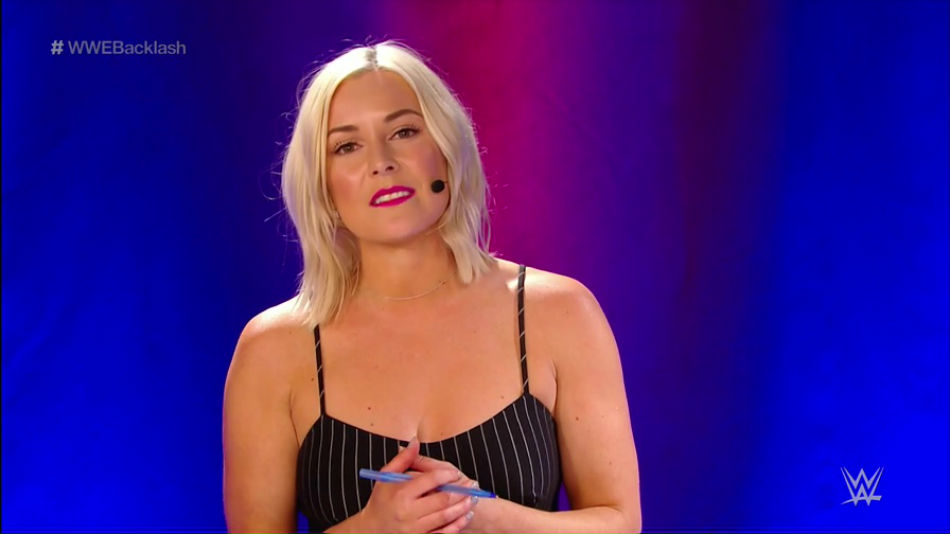 Millions of her fans must be elated to hear the news that Renee Young will be doing one more WWE show. WWE will have a special SmackDown kick-off show before they air the October 16th episode, next week. The show commences at 7:30 which will be hosted by Renee Young and Booker T. This comes as a one-year celebration for the one-year completion of SmackDown FOX.

The Rock Salary: WWE Legend’s Earnings Revealed Throughout The Years

Renee Young has appeared in multiple conversations following her departure from the WWE. It was revealed by her and in several media outlets that she isn’t employed by WWE anymore, but she is still with FOX Sports. So she’s still bound to make some future appearances even after this special two-year ringing-in show.

On a related note, it was previously announced that WWE was about to host a “Best WWE Moments Of 2020” special on FOX slated for October 11th but it seems the show changed its slot. But the bright part is that Renee Young, perhaps the most popular host in WWE’s history will be coming back. This one appearance could be popping up the ratings for FOX TV.

There have been many rumors as to why Renee Young chose to leave WWE. She recently revealed the potential reason while joining the Sunday Night’s Main Event podcast. Apparently, she felt underutilized for the past year or so. WWE head honchos had no idea how to use her ever since moving SmackDown on FOX and making her part of the process.

“I felt like they didn’t know what to do with me either. Just having me on TV and doing backstage interviews again felt like a step back and there was just nowhere for me to go. There was nothing for me to do anymore especially when Backstage got canceled with FS1. I was really enjoying doing that and I’m gonna still be doing stuff with FOX going forward so that’s really cool.

I feel like I had checked all of the boxes and I turned over every card that I could there. I didn’t want to waste any more time. I’m about to turn 35 and I’ve done a bunch of stuff there so it’s time to move on. If I wanna keep growing and getting better and finding a bigger platform to be on, I felt like that wasn’t the place to do it anymore.”

Renee Young was also diagnosed with COVID-19 in June and she openly declared it on Twitter which didn’t sit well with the WWE officials. Some do think that this may have played a role for her in leaving the company. She also mentioned this during the conversation as well as WWE Backstage cancellation on FOX, around the same time to point out her departure reasons.