WWE has recently lost one gem of an employee as it was recently revealed that after 8 years of stay in WWE, Renee Young has decided to end her career in the company. She worked her last date with the company on August 23rd which marked the annual SummerSlam PPV. It’s certain that her absence will be felt on WWE TV.

Fans have been speculating what’s next for Renee Young and some of them want her to join her husband Jon Moxley in All Elite Wrestling promotion. According to Wrestling Observer Newsletter, chances of seeing this, right away aren’t possible as WWE ensured the same through a contract. But this might end up happening, eventually. 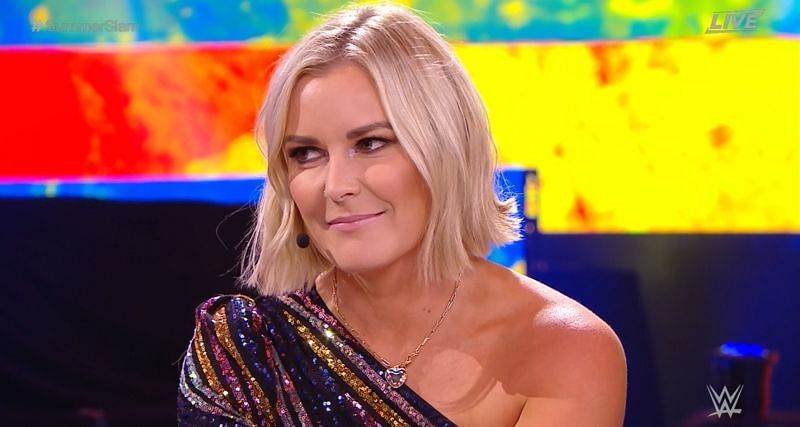 Those who are close to the situation, believe that Renee Young showing up in AEW is “inevitable.” She could be used in All Elite Wrestling in a lot of ways. Although speculations are that AEW didn’t know about Young’s departure from WWE until the news broke online. Being a versatile performer, she was actually working under two WWE deals.

It was noted via Wrestling Observer Newsletter that Renee Young was under two different deals. One of those contracts was her employee contract with WWE whereas the other was connected with FOX and her role on WWE Backstage show.

After the cancellation of WWE Backstage, Renee Young lost that second contract. This gave ‘her the ability to put in her notice’ for WWE. She can now leave without any obligations to WWE, and it seems that she’s already finished up with the company at SummerSlam.

Dave Meltzer also noted in the report that Renee Young’s AEW debut won’t be happening anytime soon because of a clause put by WWE that will keep her away from the scene, for quite a while. It is likely to be something to that of WWE’s no-contact clause for the in-ring performers.

It’d be interesting to see what kind of send-off Renee Young will get. She’s had a dream career with the company but at the same time, she might not be in good terms with the company, as of late. Cathy Kelley received an amazing send-off from Triple H and the Undisputed Era but we wonder whether that sort of arrangement will be there for her on the last day of her office.